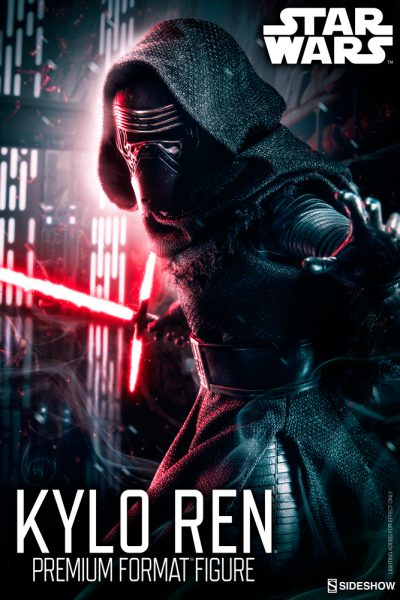 As fans eagerly await the next installment of the newest Star Wars trilogy, which will be December’s The Last Jedi, the epic saga has been celebrating its incredible 40th anniversary in a variety of ways.

Vanity Fair recently released gorgeous covers with photographs by Annie Leibovitz showcasing the various sides of the Star Wars universe, including the Dark Side. Most notably, Adam Driver’s brooding, mysterious Kylo Ren looks poised to return with a vengeance in the new film. 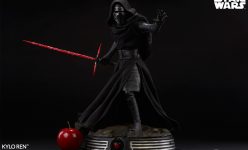 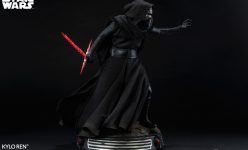 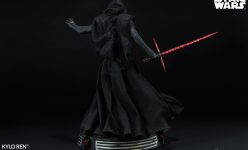 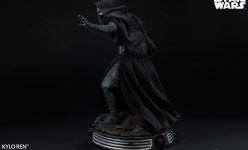 Based on his incredible debut in The Force Awakens, the Star Wars collectible Kylo Ren Premium Format Figure™ captures the untold power of the Dark Side. He is currently shipping out, so here is what the collectors are saying about this frightening First Order foe of the Resistance.

“GET THIS PIECE! Absolutely remarkable statue. The cloth design is so cool and the stance is terrific!”

“Look at this thing. From a distance when you’re looking at it on a shelf, it looks so real. Kylo Ren’s entire costume is compelling, it’s intimidating, but if I had to pick the most striking aspect of it, I’d have to go with the helmet.” 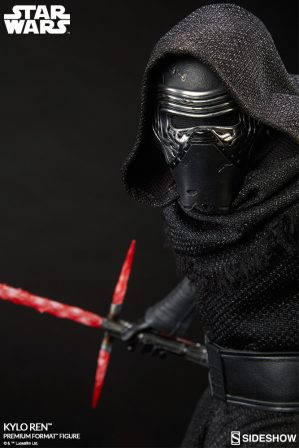 ToyAddict26 on Youtube liked the faithfulness of the figure’s design:

“This piece right here, I gotta say, it’s just amazing- the weathering on the helmet, everything is so screen accurate, so beautifully rendered in three-dimensional form.”

Mark J. felt the Force of Kylo’s presence on display:

“The pose is incredible and the cloth fabric is top notch. So much better in person. It will be a prized piece in your collection.”

“I love the costume. They just did a fantastic job on this fabric. Just such a nice rendition of the character and the classic, iconic pose from The Force Awakens.” 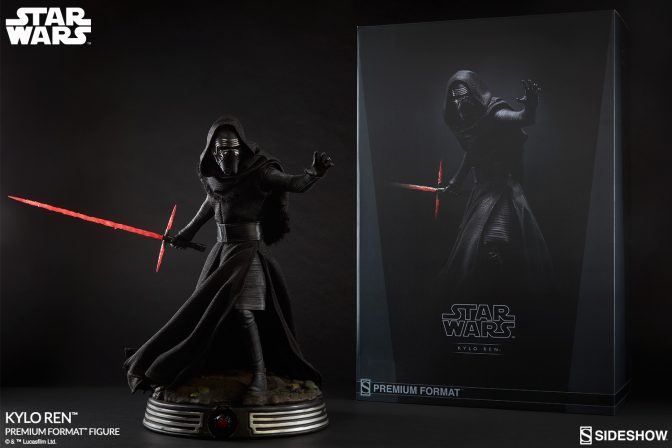 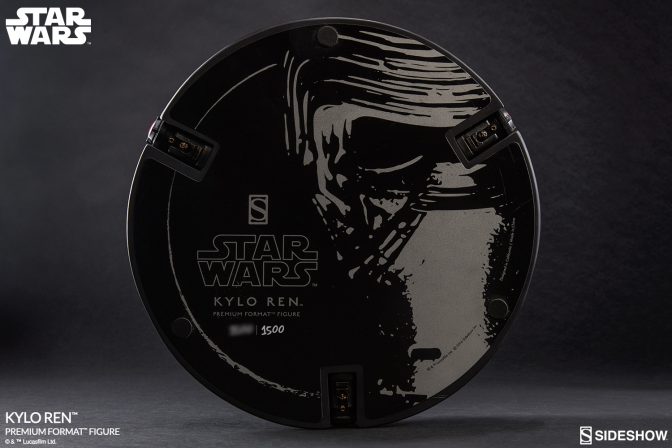 The Kylo Ren Premium Format Figure™ will show you the true power of the Dark Side of the Force, so add him to your collection today! Fulfill your destiny!