During the recent Disney Investor Day, Marvel Studios revealed that it will be tackling the ambitious comic book storyline Secret Invasion- but not as a film, as many fans had hoped and expected.

Instead, the project will be brought to life on the Disney+ small screen as a limited television series filled with political intrigue and paranoia, familiar MCU faces, and hopefully plenty of Skrulls.

(Some of those familiar faces might even be the shapeshifting green aliens in disguise!)

Samuel L. Jackson is back as Nick Fury and Ben Mendelsohn from Captain Marvel returns as the Skrull Talos in Marvel Studios' Original Series Secret Invasion. Coming to #DisneyPlus. pic.twitter.com/AuInHMuBRW

During the announcement, it was revealed that Samuel L. Jackson will return to his role as Nick Fury alongside Ben Mendelsohn, first introduced to the MCU in the Captain Marvel film as Talos, a well-meaning Skrull searching for solace for his refugee family and fellows. However, as comic fans know, there are likely to be more fanatic Skrulls elsewhere in the galaxy- their conflict with the Kree is legendary.

For those needing the refresher, the Skrulls are an extraterrestrial race of shapeshifters, able to become nearly anyone (or anything) whether it is organic or inorganic. In the comics, their genetic inheritance is the result of experimentation by Celestials (who will likely be more explored in The Eternals film), and they have been locked in warfare with the Kree of planet Hala for generations. When a Skrull dies, they revert to their true green-skinned, reptilian form. Many fans are predisposed to mistrust Skrulls because of how devious they have been in the comics, but the Captain Marvel movie turned that idea on its head, revealing a great deal of the aliens to be displaced by the deadly conflict, simply seeking peace and acceptance.

In an interview with Collider, Kevin Feige stated that this won’t be a massive film project with an Endgame-sized cast because the team really wanted to hone in on the more focused, intimate storytelling format that builds throughout episodic releases on Disney+. With Jackson and Mendelsohn returning, all focus is on these fantastic characters and storytelling that fans “haven’t seen before” from the Marvel Cinematic Universe‘s offerings. However, that doesn’t mean the project is small or inconsequential- it very well could set the stage for massive changes coming in the future after the series debuts.

Remember, when last we saw Fury, he was actually being (knowingly) impersonated by Talos while off-world on other business. This could open the door for secret face-stealing plots aplenty. 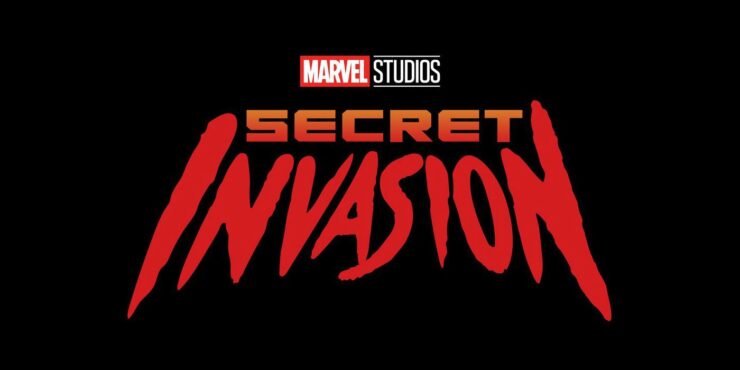 When it was first published, Secret Invasion was a line-wide Marvel Comics event that shook the foundations of 616 continuity. The event’s tagline was, “Who do you trust?” and it was revealed a number of heroes had been replaced even YEARS earlier with Skrulls, retroactively changing the impact of many story developments.

Marvel even published a series of photoshopped advertisements urging fans to, “Embrace Change,” while revealing the imposters among us with secret Skrull reveals. Among the beloved characters who were captured and replaced, Spider-Woman, Hank Pym, and Elektra were notable Skrull agents, infiltrating the ranks of the Avengers, X-Men, and more. Jessica Drew (Spider-Woman) was even replaced by the lead Skrull priestess Veranke herself, who led the infiltration and invasion of Earth after believing the world was promised to her people by ancient prophecy.

The fact that Marvel is bringing this fan-favorite (but also world-shattering) storyline to television is a thrill for fans. Who can we trust? Well, if Marvel’s stellar track record proves out yet again, we can trust that Secret Invasion on Disney+ will be an exciting ride that could change the very MCU as we know it.

There is no premiere date set for Secret Invasion on Disney+ just yet.