The first Saturday in May is always one of the best holidays of the year- Free Comic Book Day! Comic stores nationwide give out special free comics created by the biggest publishers to celebrate FCBD. Publishers like Marvel, DC, Image Comics, IDW, and dozens more bring out their best with special edition issues that invite readers new and old to share what they love most about comic book culture.

This year, Free Comic Book Day falls on May 6th, and we can’t wait to see what’s in store at comic book shops all over the country. It encourages so much fun and creativity in the community, plus who doesn’t love free comics? Here are some of the books we’re most excited for this Free Comic Book Day. 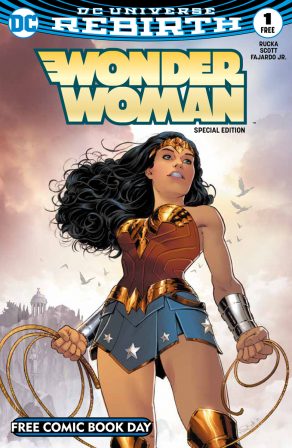 With Wonder Woman’s new movie coming out so soon, it makes sense that DC would want to give fans a chance to read about her. This special issue is a re-release of the DC Rebirth Wonder Woman series by Greg Rucka and Nicola Scott, retelling Diana’s heroic origins. 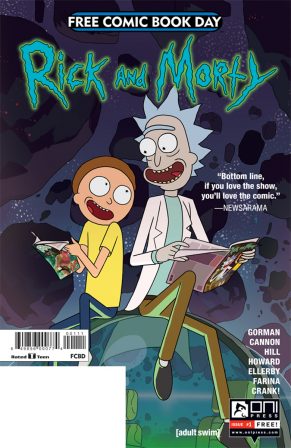 Aw geez, Rick, we’re in a comic book! This special issue of Rick and Morty by Oni Press chronicles the outrageous adventures of scientist Rick Sanchez and his awkward grandson Morty. The adult animated series has become a very popular comic book, and this special issue previews the new upcoming miniseries Pocket Like You Stole It!

Guardians of the Galaxy
Marvel Comics 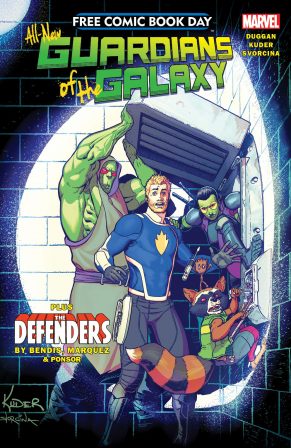 The day before Free Comic Book Day is the theatrical release of Guardians of the Galaxy vol. 2, so we’ll all be hooked on a feeling just in time to read this comic! This comic features a special Guardians story that leads into their new ongoing comic series, with an extra preview of the upcoming Defenders comic book starring Jessica Jones, Daredevil, Luke Cage, and Iron Fist! 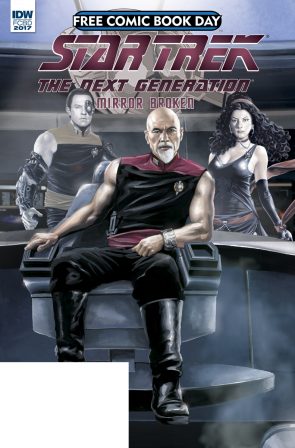 Space… the Final Frontier. On FCBD this year, readers will boldly go to read the prelude of IDW’s newest Star Trek TNG miniseries. Set in the Mirror Universe, the Next Generation crew takes on new challenges as Jean-Luc Picard attempts to capture the starship Enterprise-D. It’s the Next Generation like you’ve never seen before. 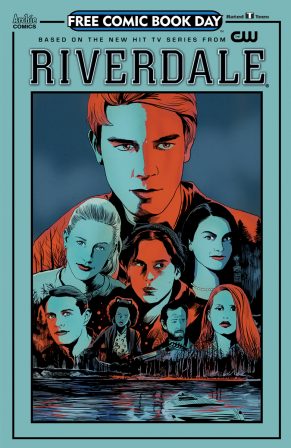 Based on the CW Riverdale series, this special FCBD oneshot features two short stories that lead up to the events of the start of the series. Not your typical Archie story, this comic will feature the secrets and intrigue from the television show that has audiences captivated. 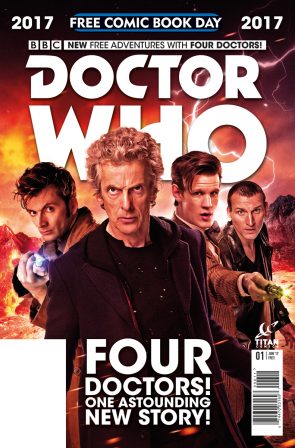 This year, Titan Comics invites fans to hop in the TARDIS to take an adventure with Doctors new and old. The main story features the 12th Doctor and his companion Bill, and readers will also time travel through teases of past Doctors to get a glimpse at the future of the Doctor Who series. 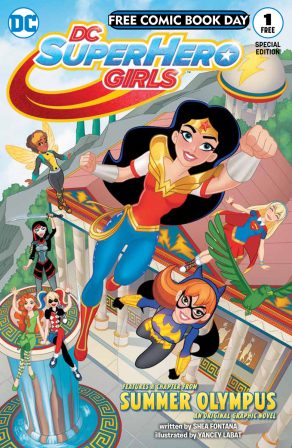 The exciting, empowering world of DC Super Hero Girls is returning to FCBD for another adventure. This all-ages comic will feature an excerpt from the upcoming graphic novel Summer Olympus, with heroes like Wonder Woman, Batgirl, and Supergirl leading the fun. 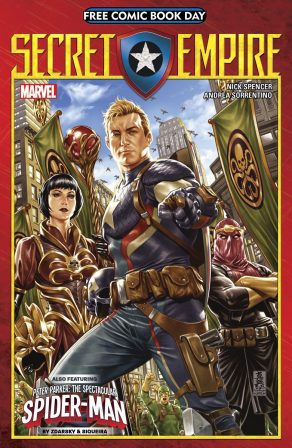 Leading up to their big May crossover event, Marvel’s second offering for FCBD is a prelude to Secret Empire. In this event, the heroes of the Marvel Universe must unite against a common foe to save the world. This issue also features a sneak peek at the upcoming Peter Parker: The Spectacular Spider-Man series by Chip Zdarsky and Paulo Siqueira, which is a back-to-basics take on everyone’s favorite webslinger. 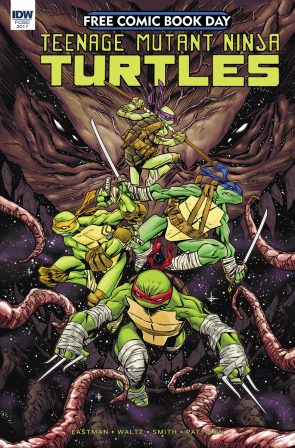 Cowabunga, dudes! The Turtles are going galactic in this new adventure, a prequel to the upcoming TMNT: Dimension X. After defeating Krang, the Turtles prepare to put him on trial in Dimension X. Little do they know that a deadly assassin prepares to stand in their way as they travel to space to deliver some half-shell justice.

This list is just some of the awesome books that Free Comic Book Day 2017 has to offer. Look for these comics and more, and support your local comic stores nationwide on May 6th.

Sideshow also recognizes its many official retailers who are participating in Free Comic Book Day, so take a look at our Facebook events page to find a participating store near you!

Which books will you be getting on FCBD 2017? Will this be your first time celebrating? We look forward to hearing about your experience!

The Force is strong with this new Darth Vader Life-Size Figure!