The Mandalorian™ is hired for a single mission: track and retrieve the asset. That “asset” is actually the Child, whose name is revealed to be Grogu. And though he appears to be a small and defenseless infant, Grogu is actually 50 years old and an incredibly powerful Force-sensitive being.

Though much of his history remains a mystery, we’ve been able to follow the journey through the story of Star Wars™: The Mandalorian. His mysterious story spans far and wide across the galaxy far far away, so let’s explore the planets we know Grogu has visited before. 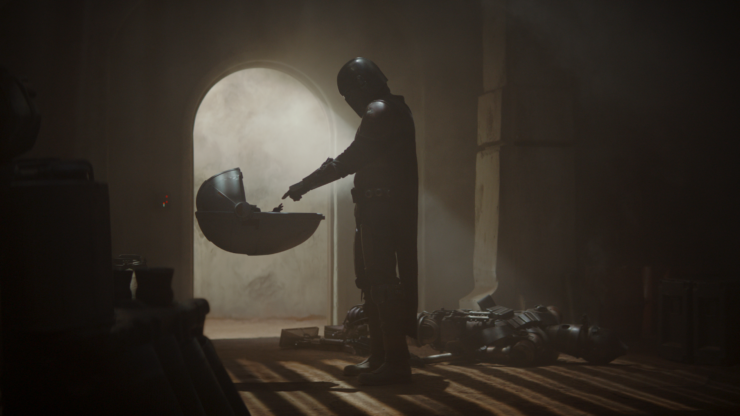 Grogu was hidden among the cargo and crates in a Nikto encampment on the planet of Arvala-7. When the Mandalorian’s tracker pointed in the direction of the heavily armed fortress, it looked like a suicide mission. But along with the help of an assassin droid IG-11, the Mandalorian was able to break through the defenses and meet the Child for the first time.

It’s unclear how long Grogu had been there, or where he had been before that, but it didn’t take long for the Mandalorian to recognize how important and powerful the Child was. He was able to use the Force to lift a mudhorn straight off the ground mid-stampede. That mudhorn would soon become the crest of the foundling bounty hunter.

The Mandalorian returned to deliver the bounty to the planet of Nevarro. Nevarro was a hub for a variety of communities near and dear to the Mandalorian’s heart. There was the Bounty Hunter’s Guild, led by Greef Karga, and many of his clan of Mandalorians. Nevarro would eventually become a safe haven for Grogu and the Mandalorian.

But when the planet was first introduced, there was nowhere more dangerous than Nevarro. The Client, the Empire, and Stormtroopers were all stationed there as a threatening and powerful presence. And when the Client isn’t able to secure the Child, the dangerous and well-prepared Moff Gideon arrived to handle the job himself.

Sorgan appeared to be a peaceful green world. There was calm and quiet. It was the perfect place to hide from the pressures and bounty hunters of the galaxy. The Mandalorian fully intended to remain hidden on the planet until he could freely leave with Grogu. But there was no telling how long the wait would be, nor could they be sure of the Empire’s plans for Grogu. It wasn’t long until they ran into trouble.

First, they met the dangerous Cara Dune, who ambushed the Mandalorian. After their dust settled, the Mandalorian was able to help the planet find a greater peace. But there were trackers that were still looking for Grogu. He knew he couldn’t stay. And so, they left the lush planet in an attempt to find the Child’s home.

The Mandalorian and Grogu left Sorgan and needed to get some credits to repair the Razor Crest. It wasn’t the first time the Razor Crest had been out of order, and it wouldn’t be the last. It turns out that Tatooine has always been a useful hub for information and adventure no matter when the story takes place. The Mandalorian is able to pick up some dangerous work to make enough money to repair his ship, where he meets and hunts the infamous Fennec Shand.

In an attempt to find other Mandalorians to take care of Grogu, he wound up in the desert town of Mos Pelgo, also on Tatooine. His strange adventures forced him to broker a deal between the townspeople and the Tusken Raiders. The two enemies worked together to defeat an extra massive krayt dragon. Grogu had a front seat to all of the action, and helped as much as he could (at least by eating what good foods he could find.)

After crash landing on an unknown ice planet, the Mandalorian and the Child were off on an adventure to the the estuary moon of Trask. There on Trask, they were promised that they’d be able to find more Mandalorians. Din Djarin was beyond excited to meet more of his people, and Grogu was more than happy to eat frog eggs along the way.

Once on Trask, they met the other Mandalorians out on a boat at sea. These Mandalorians were nothing like what Din had expected. Their armor was painted with strange markings, and most shockingly, they did not always wear their helmets. But their leader, Bo-Katan Kryze, was eventually able to convince Din to work together. After all, they had a common enemy: Moff Gideon.

The Mandalorian was hoping that Bo-Katan would have an answer to his biggest question: Where is Grogu from? And while she didn’t have answers, she had another trail to follow. She told him to look on the planet Corvus for the Jedi Ahsoka Tano™. Ahsoka was on the once forested planet of Corvus, looking to extract information for her own quest, but when confronted with Grogu, she was stopped in her tracks.

She was able to communicate with Grogu just using empathic abilities. The Force acted as a bridge between the two, and she was able to learn more of his history, more of his personality, and even his name. The Mandalorian wanted Ahsoka to train Grogu, but she saw too much emotion in him, and refused to help. Instead, she told them to go seeking other Jedis on the planet Tython.

We learned from Ahsoka Tano that many years before Grogu was on Arvala-7, he was on the planet Coruscant. He had trained with the Jedi under many great masters, and had already nurtured a strong connection with the Force. In fact, despite all the incredible feats that he performed, Ahsoka explained that he had severed himself from the Force in many ways so that he could hide better. Force-users can be sensed, and Grogu did all he could to fly under the radar.

If we wasn’t tracked, he could be safe. It is unclear how powerful Grogu really could become, especially with his formal training on Coruscant. But it is clear that there is more to his story to be revealed. Luckily, he escaped before Order 66 could take his life. 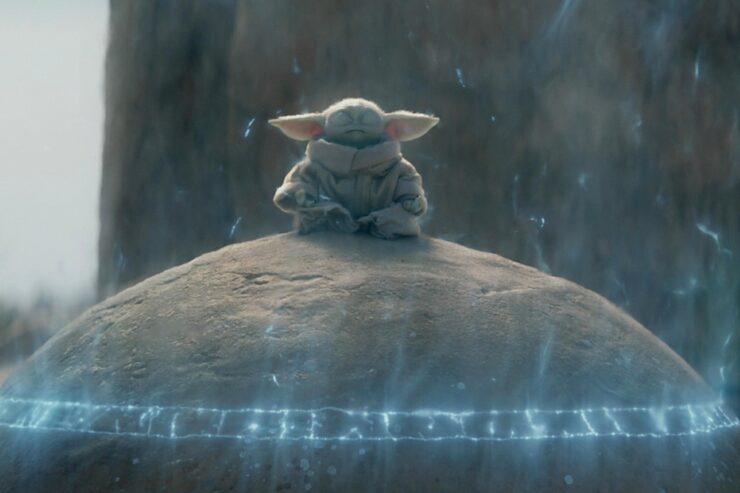 Tython was a unique planet, for it was a planet that was strong in the Force. Ahsoka assured the Mandalorian that if he found the right focal point, Grogu would be able to use the Force to reach out to any other Jedi still out there. It took a dangerous climb, and a lot of hope, but finally, the Mandalorian was able to find the seeing stone. Grogu meditated on top, and sent out a beacon to the stars.

When the Mandalorian saw a ship land, he knew right away that it wasn’t a Jedi coming to save him. It was Boba Fett and Fennec Shand, who had been presumed to be dead. Grogu was in danger here, and the Mandalorian would do anything to protect him. They fought, and Boba Fett might have won, but when Stormtrooopers arrived, the battle changed once again. The Mandalorians and Fennec Shand worked together all while Grogu meditated. Then, he was taken by Dark Troopers to Moff Gideon’s imperial cruiser.

What planet do you think we’ll see next? What’s your favorite planet on this list? Let us know in the comments, and don’t forget to Let Your Geek Sideshow!