Going Green- Who is Swamp Thing? 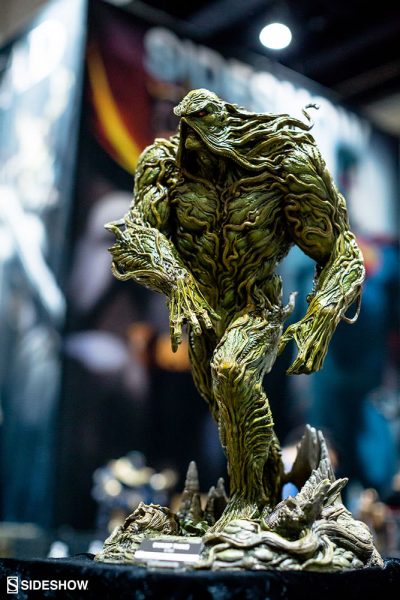 He is a green, shambling shadow of the swamp- more of a monster than a man. But just who is Swamp Thing, really? What does it mean to be the avatar of the Green? Let’s get to know Swamp Thing, and take a look at his Sideshow Swamp Thing Maquette reveal from San Diego Comic-Con 2017. 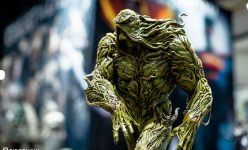 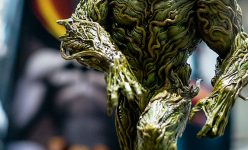 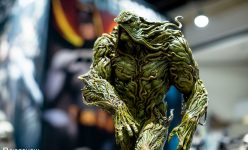 In DC Comics, Swamp Thing first appeared in House of Secrets #92. He was created by Len Wein and the burgeoning horror artist Bernie Wrightson in the early 1970’s.  The original Swamp Thing story was set in the early 20th century, but when asked to write an ongoing series for the character, the creators chose to update the setting of the story to the 1970’s, as well as choosing to make the creature more noble and ‘modern’ for that time.

Bernie Wrightson passed away earlier this year, but Sideshow remains motivated by his haunting and horrifying creations.  He was a friend and an inspiration to much of our work, including the first statue produced by the fledgling company.  His legacy in creating the Swamp Thing character certainly resonated during the creation of this maquette. 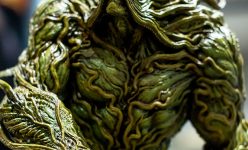 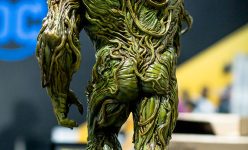 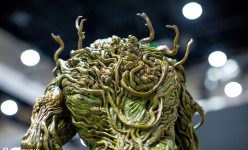 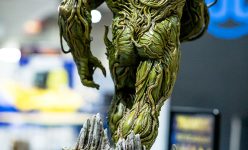 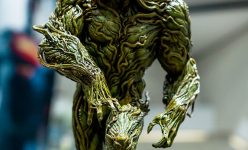 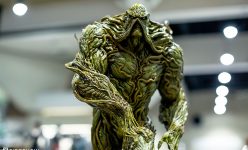 Alec Holland was a scientist in Louisiana working on a scientific formula to restore ecological health even to the most deserted regions. He was caught by an explosion that splashed him with burning chemicals. In his attempt to flee and soothe the burns, he fell into the swamps and the humanoid Swamp Thing creature emerged.

Swamp Thing’s body is ever-changing, composed out of plant matter that he can adapt and alter at will. He can self-heal by regrowing limbs if need be, even if he’s been severely damaged. He even once reconstructed his form out of a small supply of tobacco that John Constantine, the Hellblazer, had with him at the time. 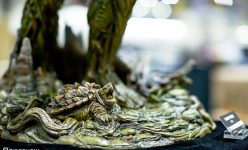 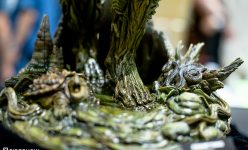 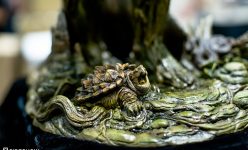 Later, when writer Alan Moore became writer of the Swamp Thing series, he reimagined the character as an elemental avatar, which had inherited the memories of Alec Holland when the man died.  Swamp Thing became a champion for defending both the human and plant life of the world, trying his best to be human, based only on memories.

The Alec Holland Swamp Thing was revealed to be one of many of these avatars throughout history, and the original creature from House of Secrets was included in this lineage. Each was a member of the Parliament of Trees, dedicated to protecting “the Green” that encompasses all of nature on the planet Earth. 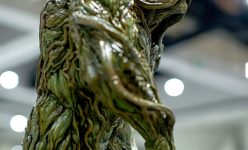 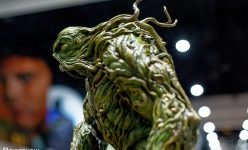 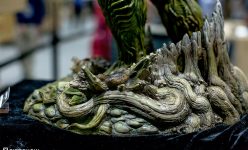 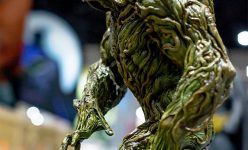 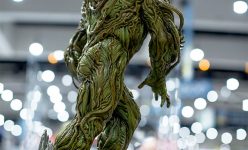 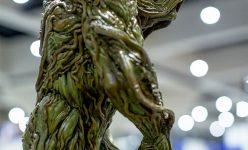 Swamp Thing can be a gentle soul, or a terrifying sight to behold.  We were so proud to unveil our Swamp Thing Maquette at San Diego Comic-Con 2017! This gargantuan green hero captured the imagination of Sideshow’s incredible team of artists, and we are so excited to share him with fans and collectors everywhere. We even took a look at him on Sideshow Live this week, to find out just what it takes to grow a maquette of this magnitude.

Keep an eye out for our upcoming behind-the-scenes look at the intricate sculpt process on Swamp Thing. Be sure to RSVP for product information and news updates by visiting Swamp Thing’s preview page and registering there. When you RSVP, you’ll be sure to get all the news about your chosen pieces as soon as it’s available!