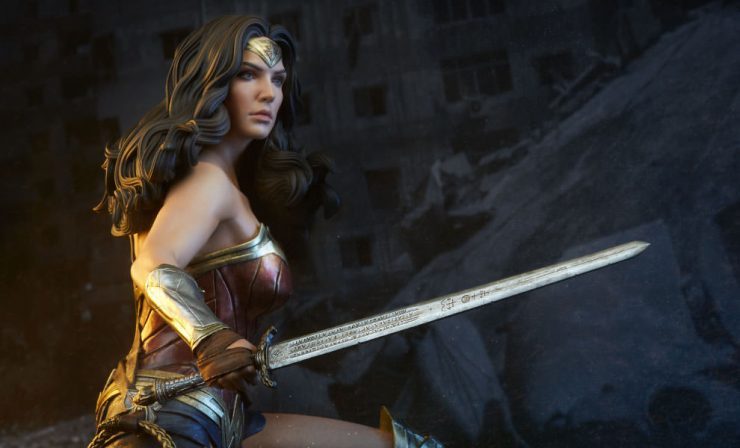 Despite having an abundance of super powers bestowed on her by the Greek gods, Wonder Woman has something else in her corner to ensure victory — namely her vast array of weapons, armor, and tools.

Being an Amazon, Diana has had intense training in hand-to-hand combat and in wielding the weapons of war (ie: sword, shield, arrows, etc.). That said, the citizens of Themyscira only use violence as a last resort, mainly preaching the values of peace, compassion, love, and truth. These same values are present as a part of Wonder Woman’s most iconic weaponry. 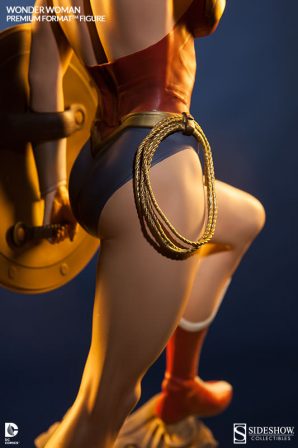 The Lasso of Truth
(AKA: The Magic Lasso of Aphrodite, The Lariat of Hestia, The Golden Lasso)

Wonder Woman’s most recognizable weapon is likely her lasso. Forged by the gods, it is virtually unbreakable and, partnered with Diana’s speed and strength, able to subdue nearly any opponent. Even powerful heroes such as Superman and Shazam have been trapped in its coils, and unable to free themselves. On top of that, anyone touching or wrapped in the golden lariat is bound to see and tell only the truth. This power of the lasso is even strong enough to break the most powerful mind control and destroy deceptive hallucinations. 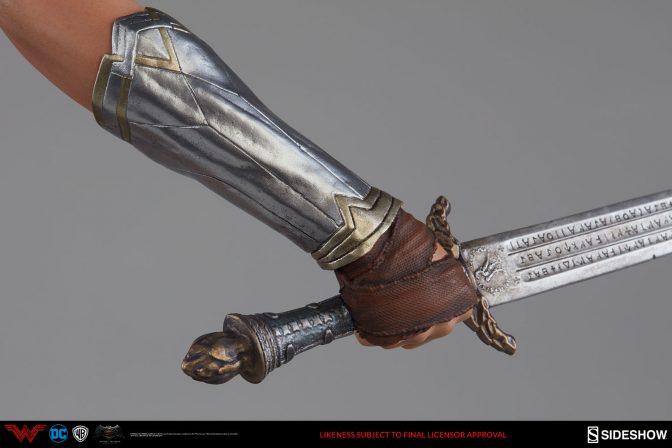 On Themyscira , bracers represent the Amazon’s freedom from the oppression of man (Long story. Look it up sometime. Suffice it to say, Hercules is a jerk.) and a reminder never to be bound again. Diana’s bracelets however are different than the rest. Created from Athena’s mythical shield and bestowed with magical strength, the bracelets are indestructible and able to deflect nearly any projectile hurled Wonder Woman’s way. When crossed in front of her, they generate a defensive barrier so powerful even Darkseid’s Omega Beams cannot break it! 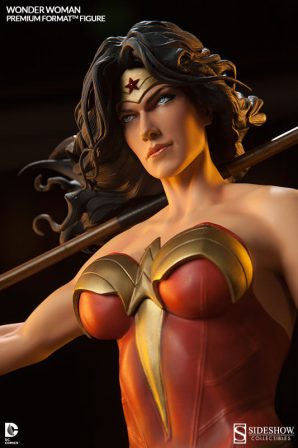 More than just a symbol of her royal heritage, Wonder Woman’s tiara is also a valuable weapon. Forged in Themyscira , the metal is strong and very sharp, and Wonder Woman can use it as both a defensive and offensive projectile. In combination with her own massive strength, when thrown, the tiara is able to do some serious damage. How serious? Serious enough to cut the throat of a mind-controlled Superman and temporarily incapacitate him. So… pretty serious.

The Purple Healing Ray
(AKA: The Purple Death Ray)

Despite being hidden away from the modern world for hundreds of years, the Amazons were able to develop incredible advancements in healing. One such device is the Purple Healing Ray, a machine that emits a (you guessed it) purple light ray capable of healing many diseases and physical wounds that would otherwise be fatal. It has even been shown in the past to cure cancer. However, should the island be in danger, that same power can also be turned into a beam of destruction capable of repelling even the strongest armies.

When Wonder Woman was first created, she did not have the ability to fly. Run really fast? Check. Jump really high? Check. Fly? Eh, not so much. So when Diana needed to cross great distances in a hurry, she relied on her Invisible Plane (Which later became the Invisible Jet. Yay progress!) The jet had the ability to fly at speeds of 2000 miles per hour, and yet land silently as a falling feather. Once Wonder Woman gained the ability to fly herself in the mid-1980s, the jet was used less so, and mainly only to carry multiple people. Eventually, it is was revealed that the jet was really an alien artificial intelligence with the ability to morph it’s body into various forms. Rechristened Wonderdome, the jet’s technology became part of Themyscira itself, able to help defend and rebuild the island as needed.

So which of Wonder Woman’s tools is your favorite and why? Was there anything we missed? Let us know in the comments below!

Need some cool Wonder Woman swag of your own? Check out Sideshow’s amazing Amazonian collectibles right HERE!  For all your DC collectible needs, click HERE.

All Aboard for the New Murder on the Orient Express Trailer!