Making a brief appearance in the opening of Star Wars: Return of the Jedi, this sleek black and copper colored repair droid was stationed on the second Death Star during the battle of Endor. Built slightly larger than the Imperial R2-Q5 unit, the R5-J2 Sixth Scale Figure measures roughly 8.6 inches tall. 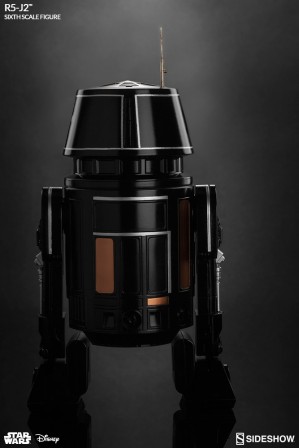 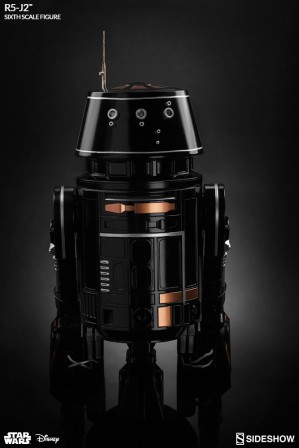 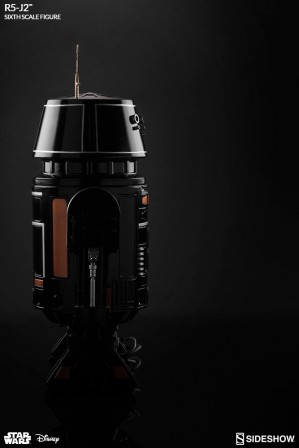 Featuring hinged panels, retractable treads, and a unique swiveling trapezoid-shaped head, not even a memory inhibitor could keep this droid from bringing personality and charm to your Star Wars collection. The R5-J2 Imperial Astromech Droid will be priced at $139.99. Pre-orders begin this Thursday, February 25th.