Plastic-faced, beady-eyed, stuffed and smiling dolls have become an iconic part of the horror genre. Something about their innocent facade is at once both appealing and unsettling, but each doll offers a different type of terror. And more than that, each one has a different story.

Let’s meet some of the most iconic creepy dolls in horror. Haunted, malfunctioning, possessed- however they scare you, maybe it’s best not to talk back. 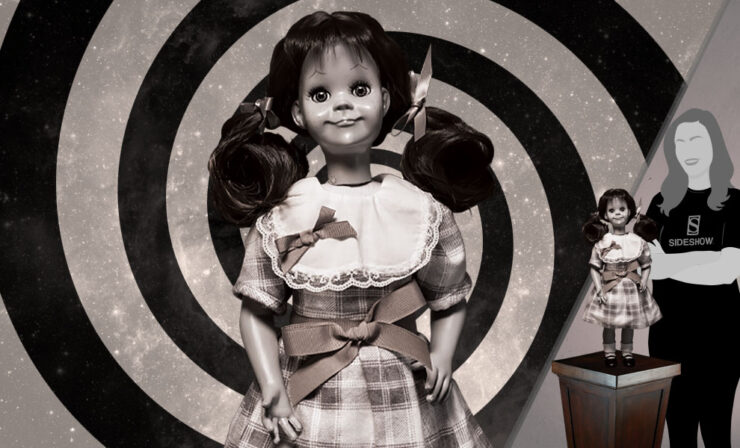 In arguably one of the most popular episodes of The Twilight Zone, a mother gifts her daughter, Christie, a brand new talking doll called Talky Tina. She’s supposed to say, “My name’s Talky Tina, and I love you very much!” But Christie’s callous and miserly stepfather, Erich, is livid that they spent money on such a thing.

Talky Tina plots her revenge against Erich, and makes him go for a little tumble down the stairs. When Christie’s mother picks up the doll, she says, “My name is Talky Tina… and you better be nice to me!”

Talky Tina just wants to be loved and appreciated. She’ll play nice so long as everyone else does too. But with little more information to go off of, we have to wonder… is this Talky Tina special? Or are those beady eyes less lifeless than we think, all across the nation where Talky Tinas were sold? 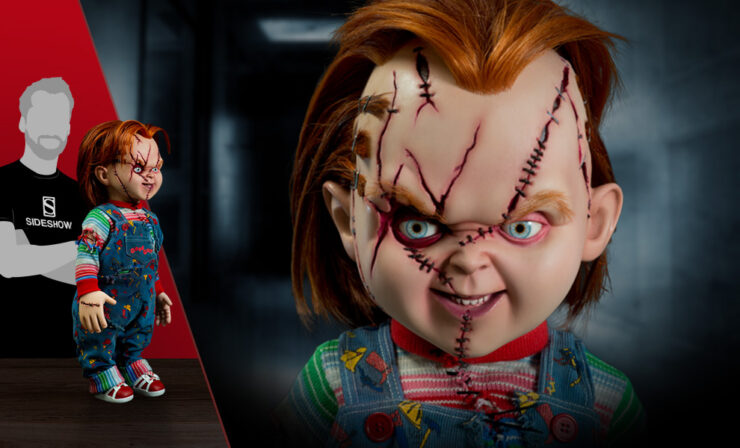 While attempting to flee a failed robbery, the killer Charles “Chucky” Lee Ray is shot. He would have died if it weren’t for his voodoo amulet, the Heart of Damballa, that allows him to transfer his soul into the body of a children’s toy. The Good Guys doll appears to be just like any other toy, and is shipped off to its first loving family. Chucky is gifted to Andy and soon reveals that he’s a real person.

Chucky spends his time fighting to get back into a human’s body, and killing anyone who gets in his way. Chucky’s mentor, John Bishop, explains that Chucky can only take the body of the person he revealed himself to first. So throughout the entire franchise, Chucky must pursue Andy to try and take his body.

Chucky takes it one step further than Talky Tina. He wants more than love and appreciation. He wants to steal a body. And the fact that the Good Guys doll is made again and again throughout the years is just as terrifying to think about! Chucky will never run out of dolls to transfer his soul into. 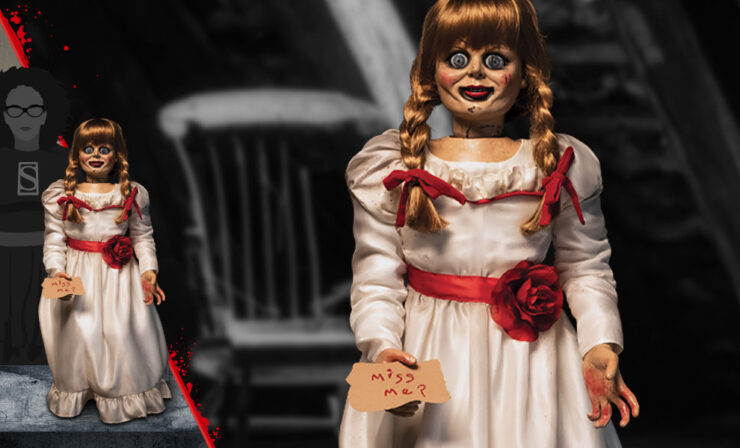 Toy maker Samuel Mullins made a brand new porcelain doll for his daughter Annabelle “Bee”. She loved it, and they were a happy family. But tragedy struck, and Bee died in a freak accident.

Devastated, her parents prayed and begged any being that could hear them to bring their daughter back. They didn’t expect a demon to be listening in on their prayers. The demon seized the opportunity and pretended to be Bee’s spirit. Her parents were overjoyed.

The Demon needed permission to cling to any physical form. So, still pretending to be sweet young Annabelle, the demon asked if it could use the porcelain doll as a temporary vessel. The Mullins gladly welcomed their “Bee” home. But it wasn’t long before they realized that Annabelle was truly a demon out for blood.

They did everything they could to lock her up and keep the world safe from her… but Annabelle would wait as long as she had to to steal a soul.

Annabelle might be the most terrifying creepy doll of all. She is a true demon wreaking havoc to try and steal souls. Nothing can satiate a demon. Not love and affection. Not even a body to be in. She wants your very soul.

Who’s your favorite creepy doll in the horror genre? Let us know in the comments, and don’t forget to Let Your Geek Sideshow! 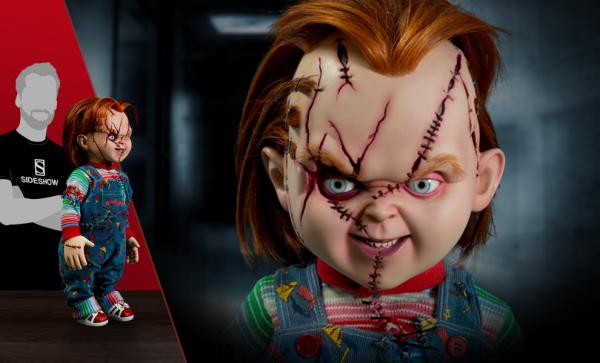 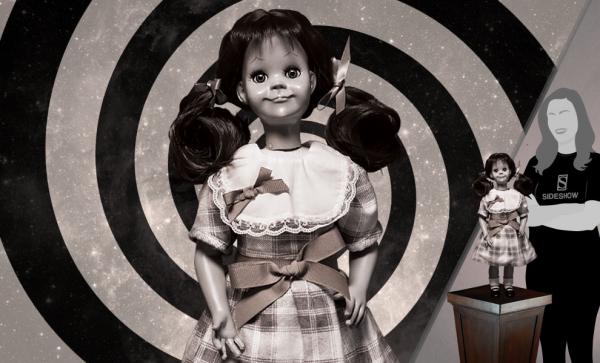 Halloween Events in Gaming You Can Play Right Now- Among Us, Dead By Daylight, Overwatch, and More