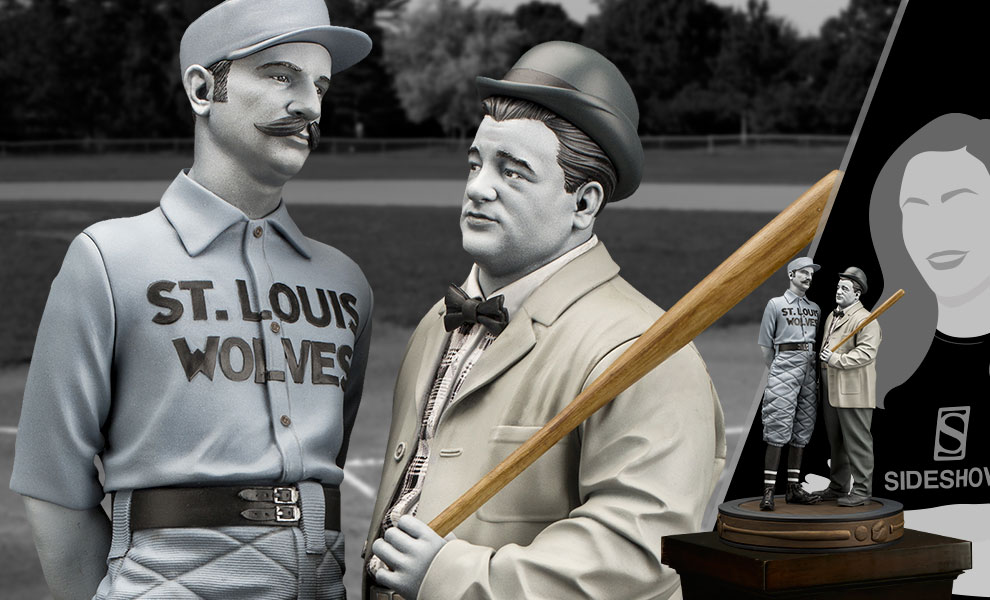 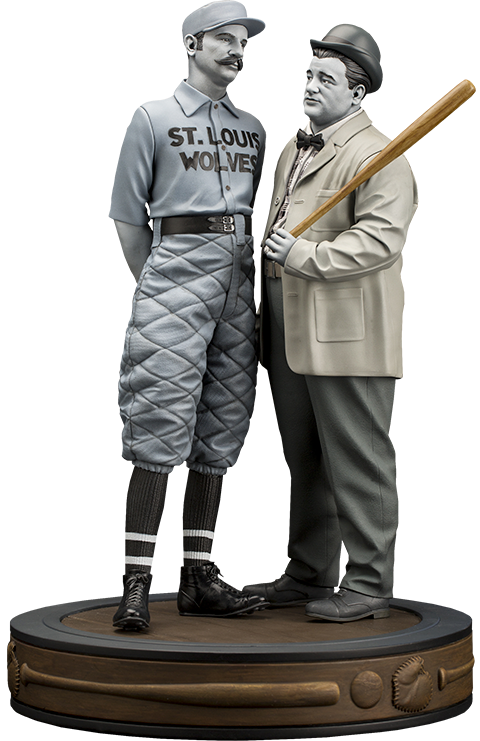 In the world of cinema, the comedy duo has always been one of the best-loved routines. The great pairs of comic actors are the result of special alchemy, a unique harmony between two very different personalities. In fact, it is precisely this diversity that becomes the focal point and special magic of their art.

Bud Abbott (William Alexander Abbott, 1895-1974) and Lou Costello (Louis Francis Costello, 1906-1959) made their debut on Broadway in 1936 and reached cinema stardom in the 1940s and 1950s, making as many as 36 films that broke box-office records, and many television appearances and sketches that have become a part of the history of comedy.

Even though the films that they made for Universal comprise some of their best-known performances, there is one sketch dedicated to baseball that has become part of American legend and has spawned a catchphrase: the celebrated “Who’s On First”, considered as one of the most famous sketches of all time. Abbott & Costello will always be part of the select company of the finest comedy duos ever. Time magazine (26 December 1999) nominated it as the best comedy sketch of the 20th century. Depicting the duo Abbott & Costello meant working in the realms of an American legend, creating a tribute to two comedy giants who entertained entire generations of spectators.

Their most famous comedy routine ever inspired many comedians after them, and the duo made over twenty versions.

Sideshow and Infinite Statue are proud to present the Abbott & Costello "Who's on First?" 1:6 Scale Statue from the Old & Rare series. We took inspiration from the 1945 cinema version, in which they play characters in an early 20th-century setting. It is said that during the filming for this scene, the entire crew was unable to stifle their laughter, which can be heard in the original audio recording. These two performers are Abbott & Costello. This is the history of Cinema. This is pure comedy, by two unsurpassable, never-excelled artists.

The Abbott & Costello "Who's on First?" statue is by far my favorite TV comedy duo! My Dad and I use to watch them all the time. This one hits home in a very gracious way. The faces are pretty good, Costello's likeness is a 9 out of 10 and Abbott's is 10 out of 10. I hope they make more of Abbott & Costello like when they were in the US Military. Also I Hope they make a Laurel & Hardy March of the Wooden Soldier statue. Great Job especially the black & white paint! 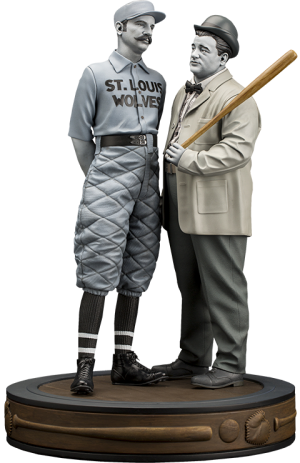