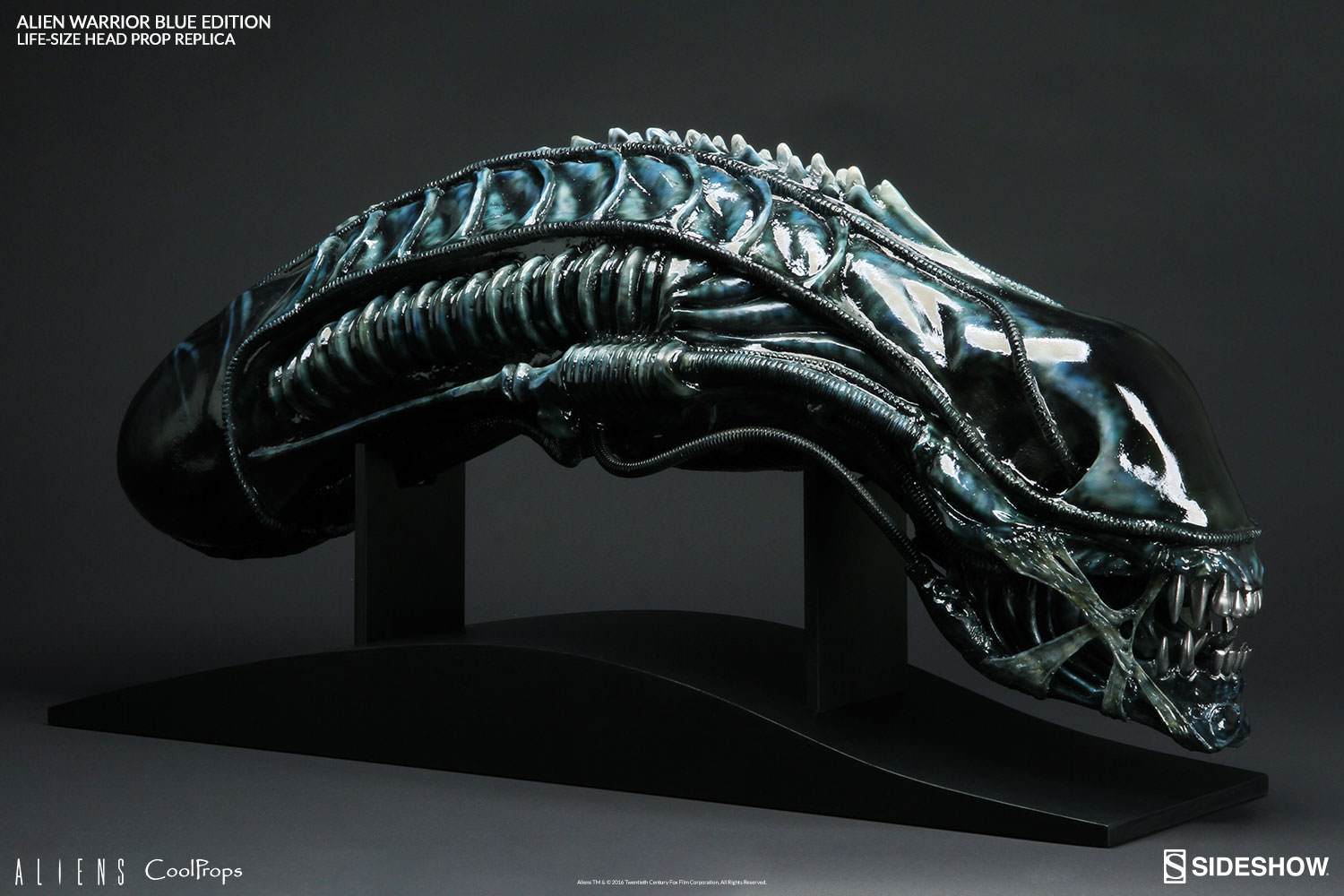 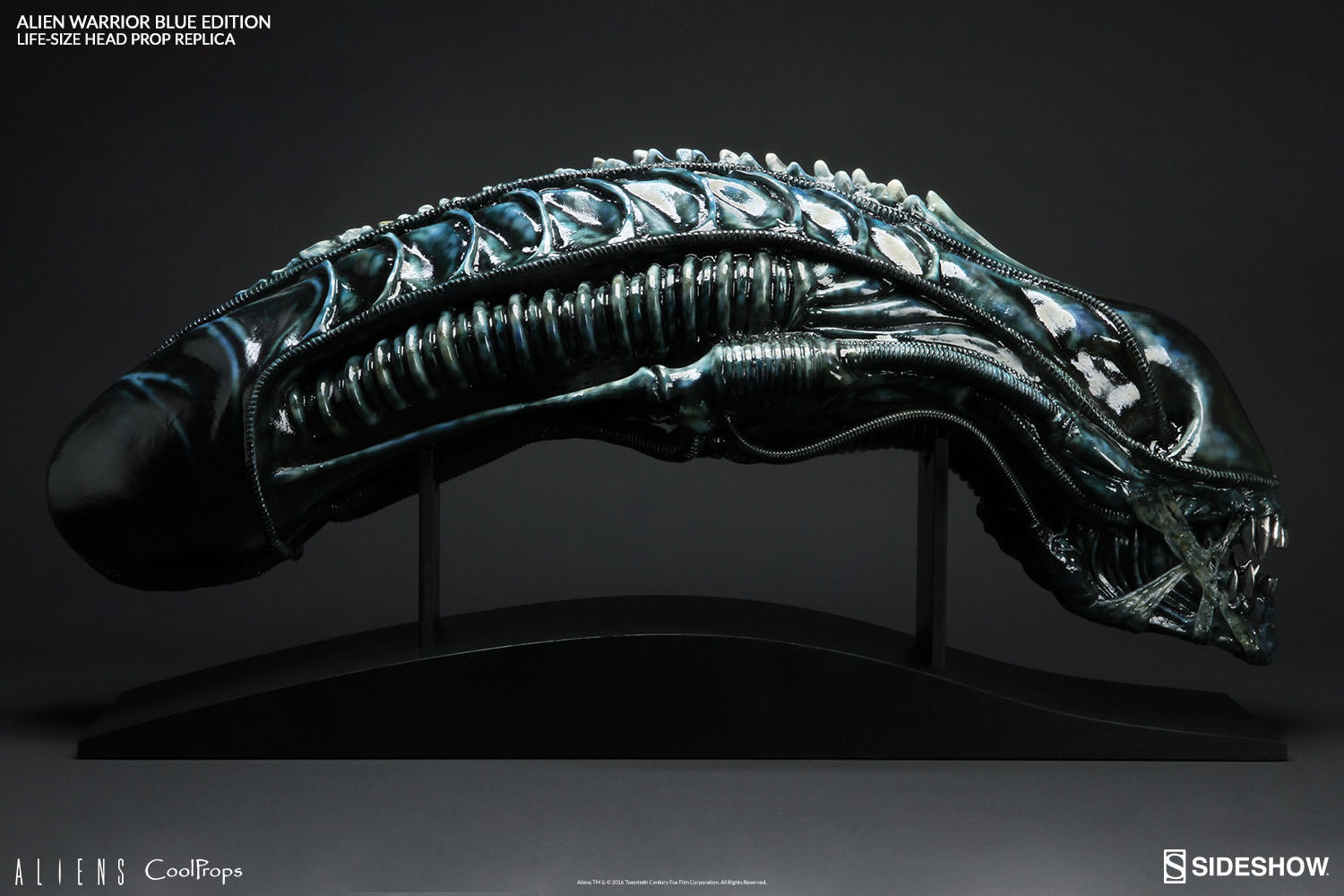 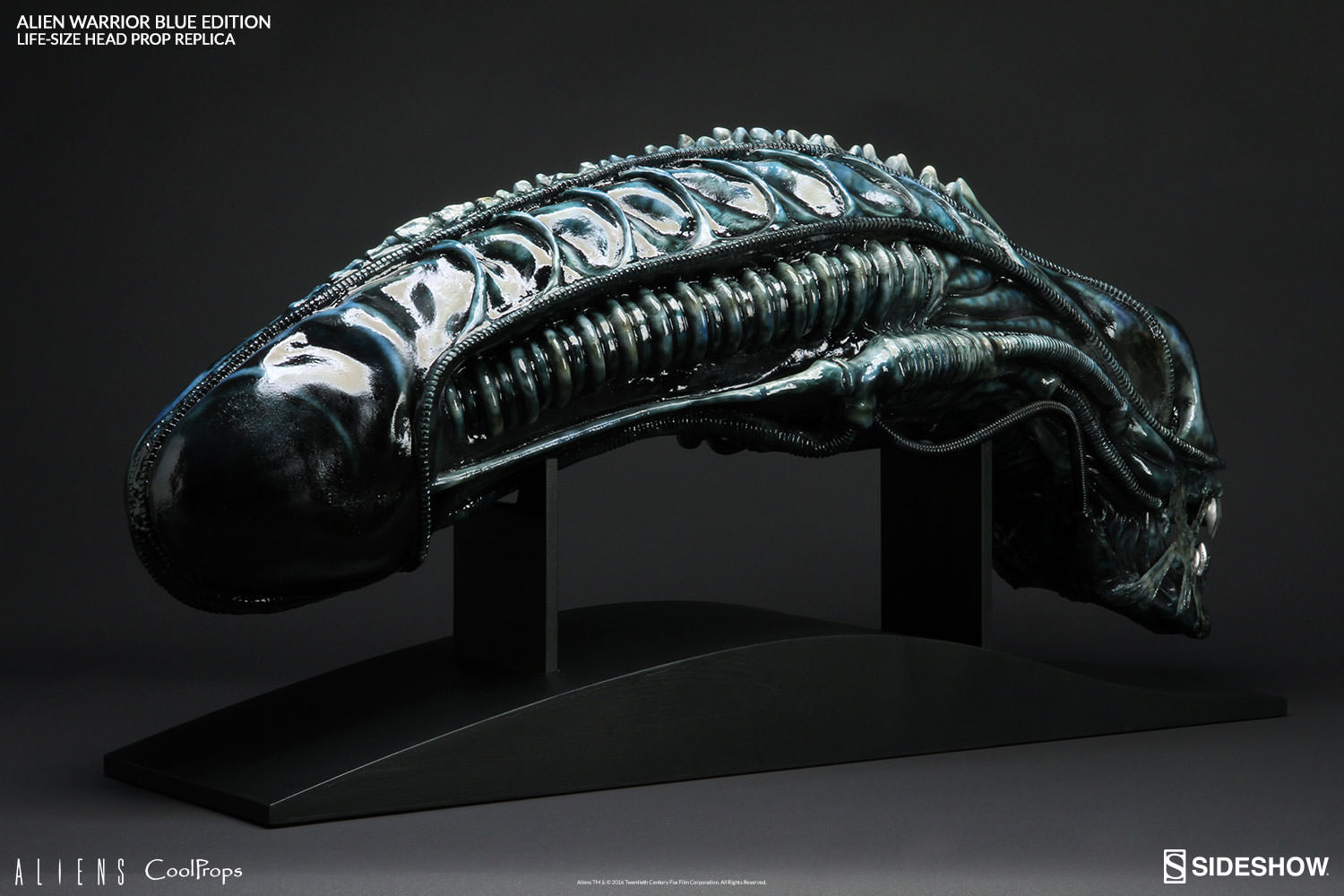 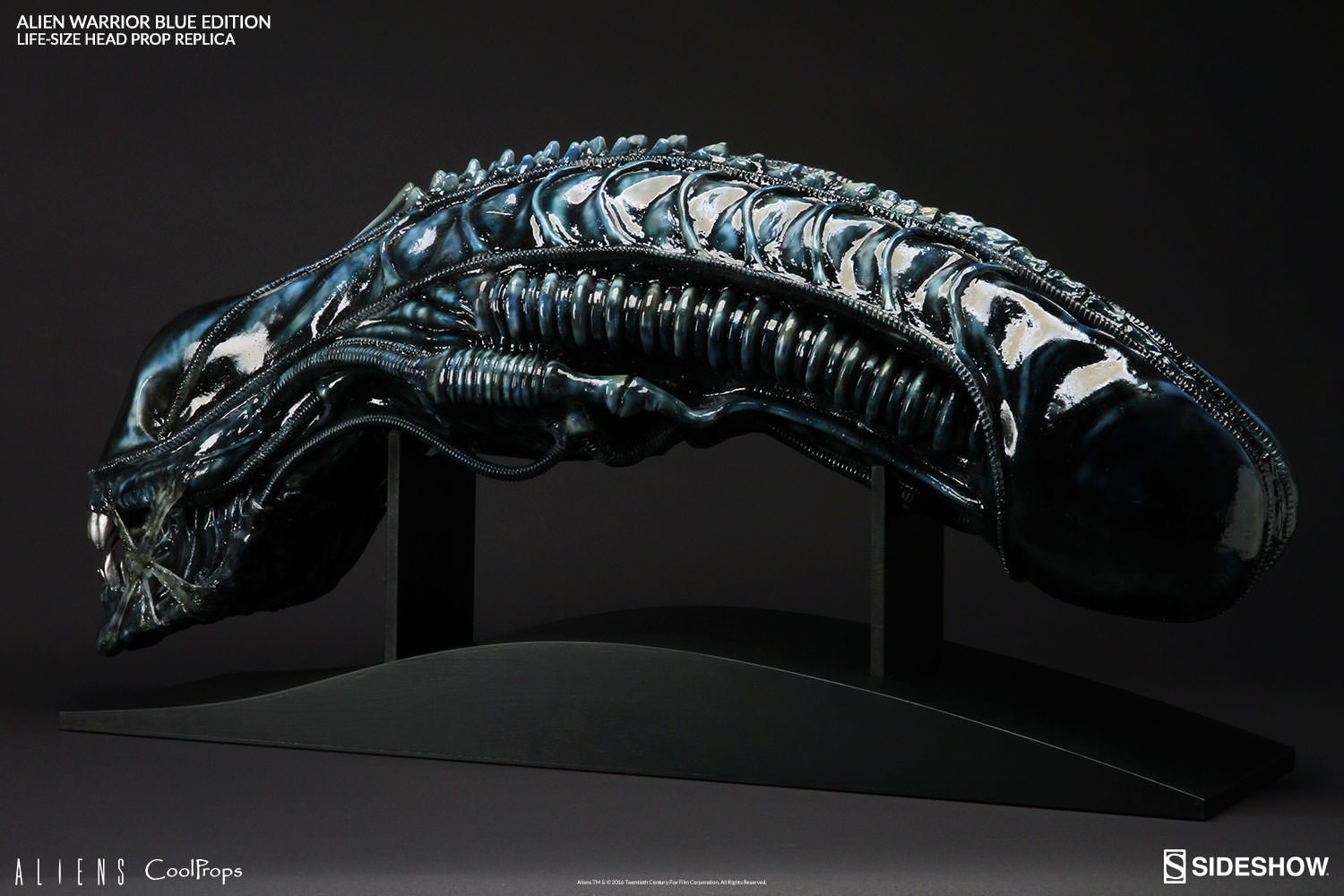 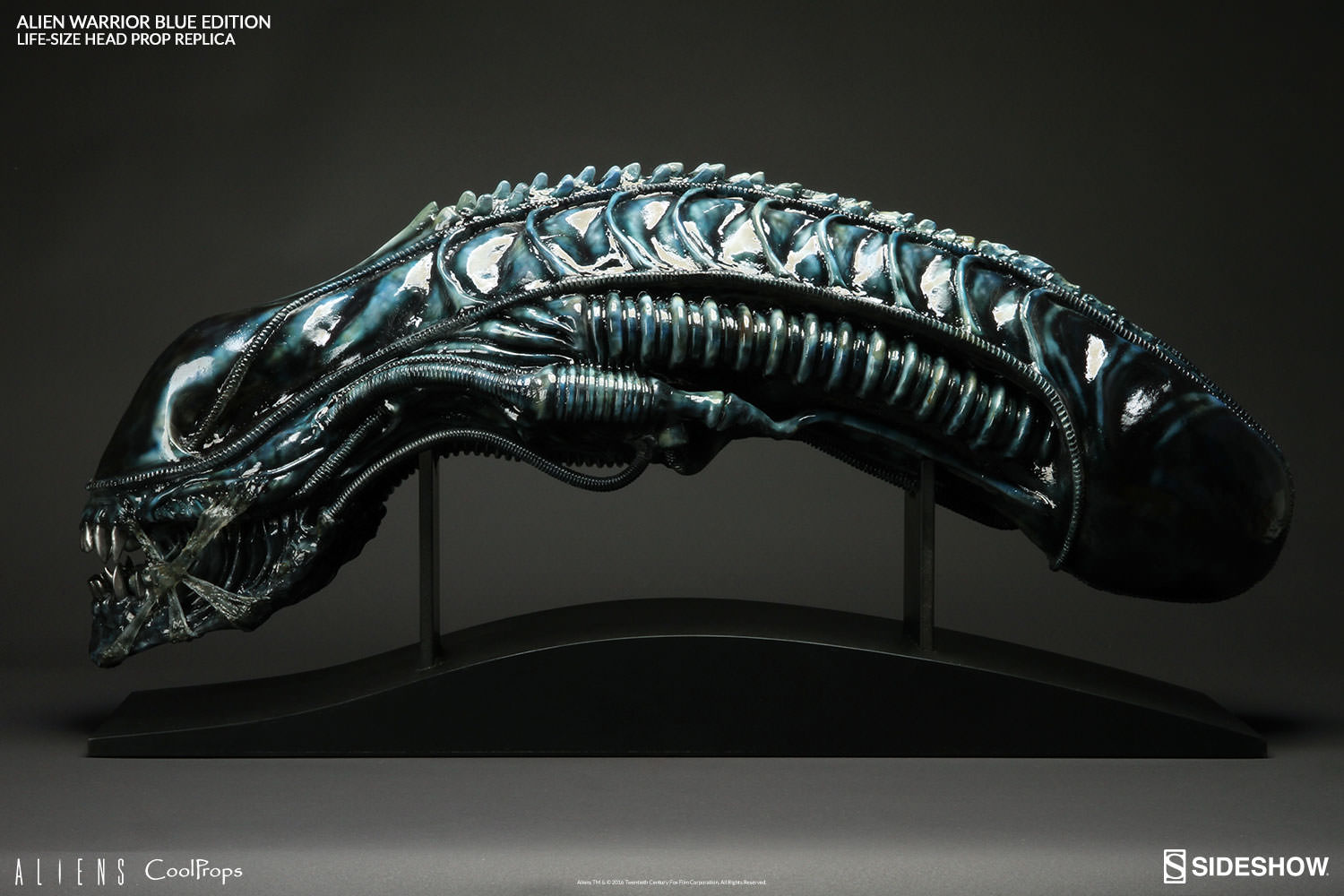 Sideshow and CoolProps are pleased to present the Alien Warrior (Blue Edition) Life-Size Head Prop Replica. The "Alien Warrior" was part of dozens of aliens that were propagated from the alien queen in the 1986 movie Aliens. Alien Warriors appeared many times in the movie, but only a few suits were made for shooting.

CoolProps has produced this piece based on the original mold, which captures the distinctive features of the Alien Warrior, such as its musculature around the jaw and the bony ridges running along the Xenomorph's dome, and features an array of piping.

Faithfully reproduced and painted based on the scene when Ripley, who has just returned to LV-426, again encounters the Alien Warriors, the blue and white lighting in the dark was translated through using a deep blue paint.

Those hostile silver fangs will give you a real fear of the Alien Warrior. 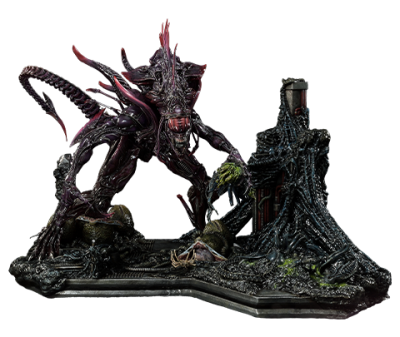 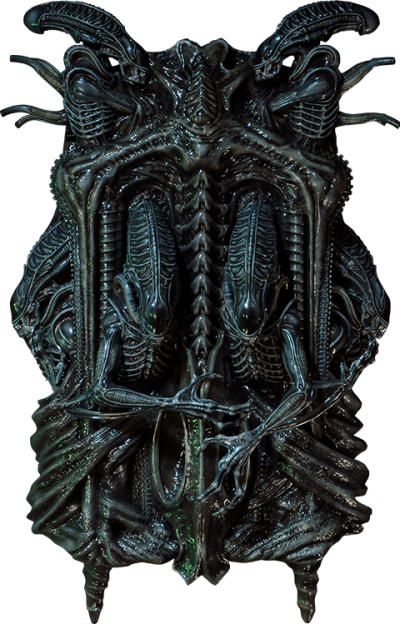 This blue edition of the alien warrior is a deep, beautiful blue that looks great in any lighting. At night when my light shines on it, it looks like it does in Aliens. The musculature on the jaw could be blended into the mouth a bit better, but otherwise I can't stop staring at this piece!