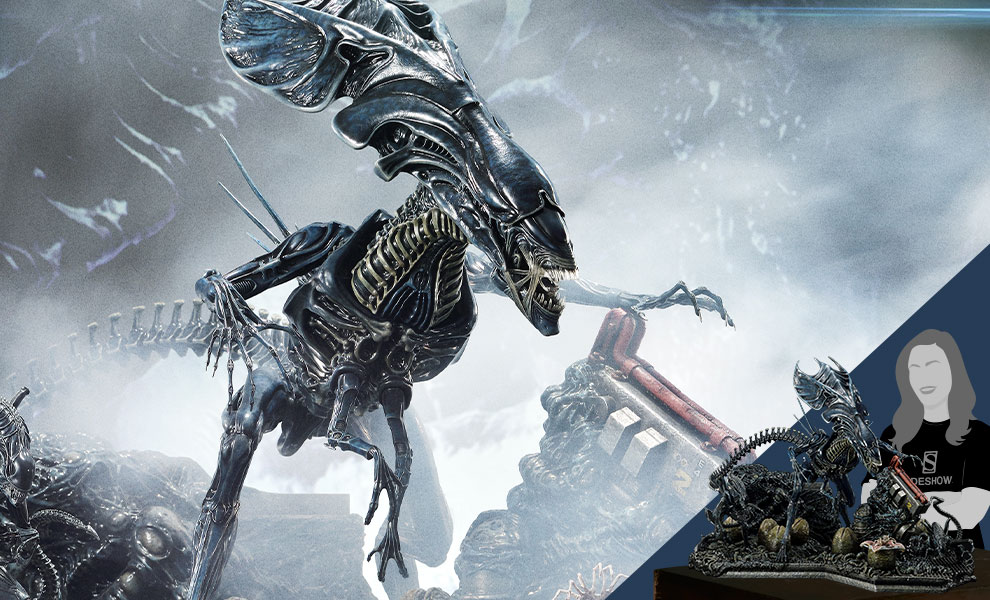 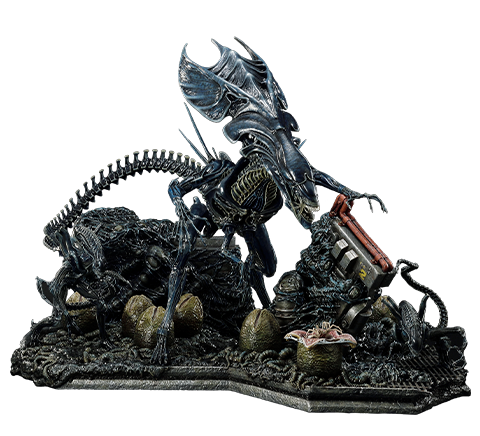 Prime 1 Studio is proud to present an addition to our Premium Masterline Series, The mighty Queen Alien Battle Diorama from the Aliens franchise!

The Xenomorphs are an endoparisitoid extraterrestrial species with no higher goals than the propagation and self-preservation of their species. The Queens are some of the most brutal, strongest, most intelligent Xenomorph castes. The Queens are bigger, have an extra set of arms, and a large crest on their head. They are one of the most iconic creatures in the Aliens franchise and strike fear in anyone who are unlucky enough to lay their gaze upon them.

Queens are usually found stationary laying eggs in the hive. Not this time! The Queen alien is seen here 28 inches tall in an attack pose: Mouth open, inner mouth exposed, claws out! The base is inspired by a ship overrun and taken over by Xenomorphs. She is surrounded by her precious eggs, with one Ovomorph hatching displaying a creepy Facehugger. To her left and right are her loyal Warrior Aliens, ready to support the Queen.

From the detail in the bio-mechanical exterior of the Alien, to the creepy atmosphere that we have implemented in the base; this masterpiece will draw excitement and attention out of anyone in it’s vicinity.

The best thing about this Non-Scale Diorama is it can be displayed closely with the gut-wrenching Rogue Alien companion piece recreating the story of the iconic fight between King and Queen. A truly iconic piece and an excellent addition to your Aliens collection! 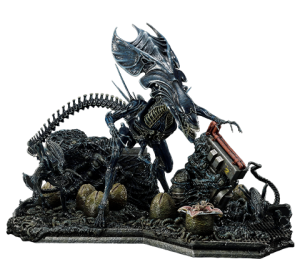