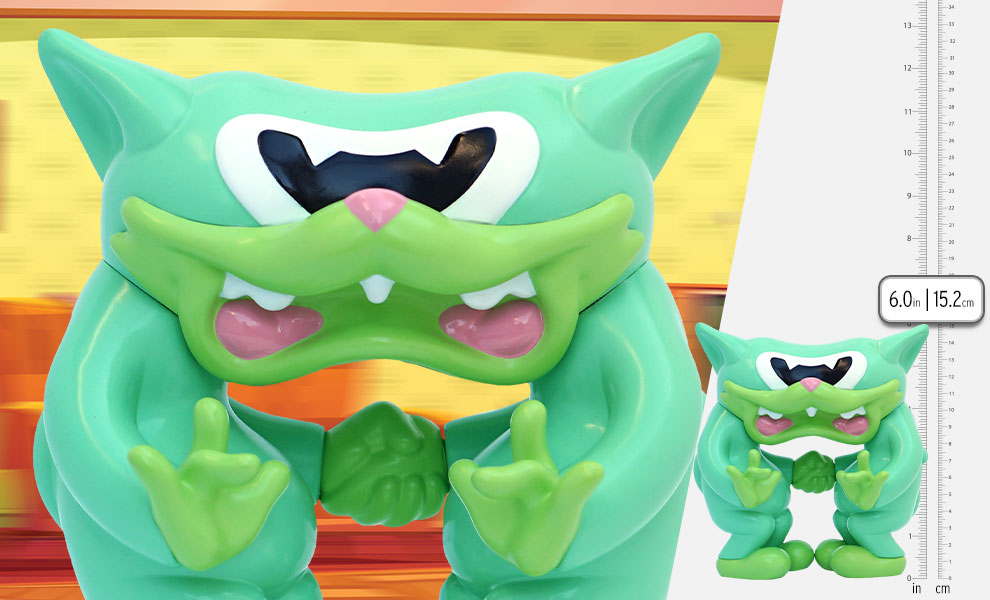 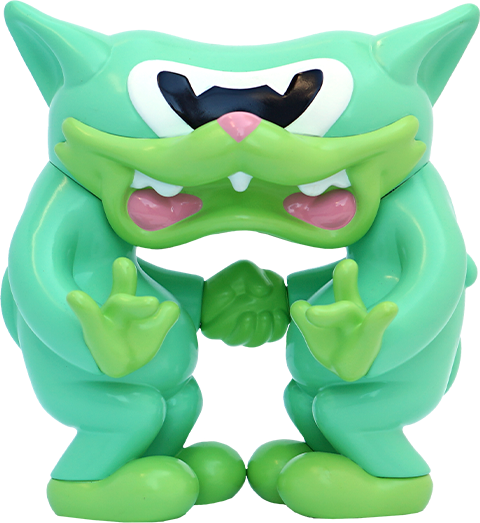 About This Vinyl Collectible

MunkyKing is proud to present the soothing After Dinner Mint colorway of The Broken Promise, Ausgang’s second urban vinyl release with MunkyKing featuring his trademark psychedelic cat as designed by Dave Bondi.

The Broken Promise presents a four-armed bifurcating cat shaking hands with itself while simultaneously flashing the Hindu hand gesture that represents a lion-faced incarnation of Vishnu, the Great Protector Simhamukha. So, although a mutually beneficial promise seems to have been made between the two figures, each one seeks security, aware that the other can still back out of the deal.

PIG Records in Seattle, Washington publishes the Ausgang comic book series Swizzle and in 2020 released the audiobook version of his book The Browser. Ausgang also plays turntables and modified guitars in the Ambient/Psyche band Cat Museum.