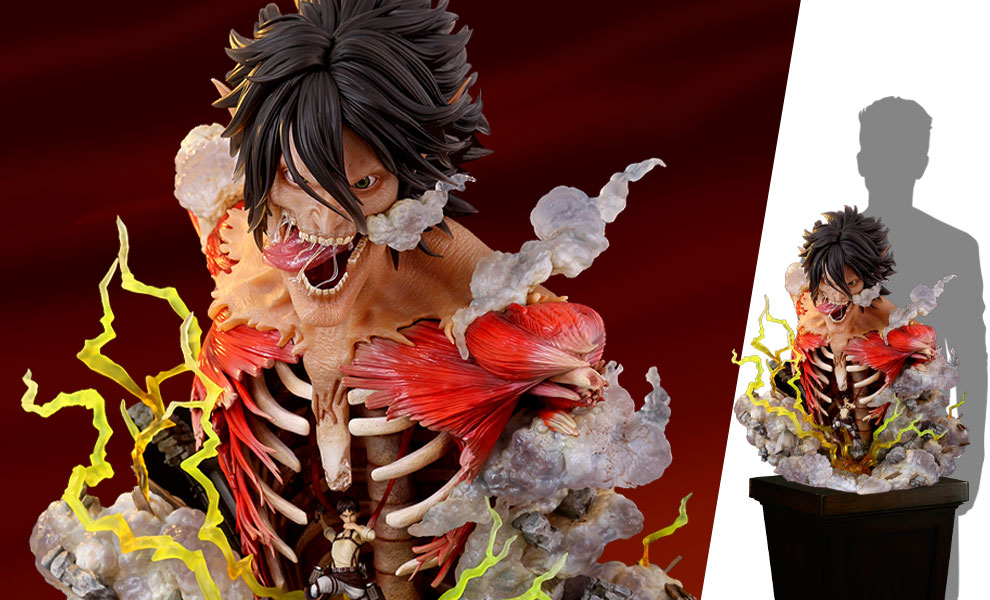 Attack on Titan - Hope for Humanity

Sideshow and Kinetiquettes present the Attack on Titan - Hope for Humanity Diorama.

Kinetiquettes is thrilled to announce that it's first major anime/manga statue, Attack on Titan - "Hope for Humanity" diorama, is now available for pre-orders.

Eren Yeager (エレン・イェーガー) was a former member of the Survey Corps. He was the main protagonist of Attack on Titan. He lived in Shiganshina District with his parents until the fall of Wall Maria, where he impotently witnessed his mother being eaten by a Titan. This event would lead to Eren’s intense hatred towards the Titans as he swore to wipe all of them off the face of the Earth.

Levi Ackerman (リヴァイ・アッカーマン), often formally referred to as Captain Levi (リヴァイ兵長), is the squad captain of the Special Operations Squad within the Survey Corps and is widely known as humanity’s strongest soldier.

Mikasa Ackerman (ミカサ・アッカーマン) is one of the two deuteragonists of the series, along with Armin Arlert. After her parents were murdered by human traffickers, Mikasa was rescued by Eren Yeager and lived with him and his parents, Grisha and Carla, before the fall of Wall Maria. She is the last descendant of the Shogun clan that stayed on Paradis Island, thereby related to the Azumabito family, and holds significant political power in Hizuru.

The Attack on Titan - Hope for Humanity Diorama features: