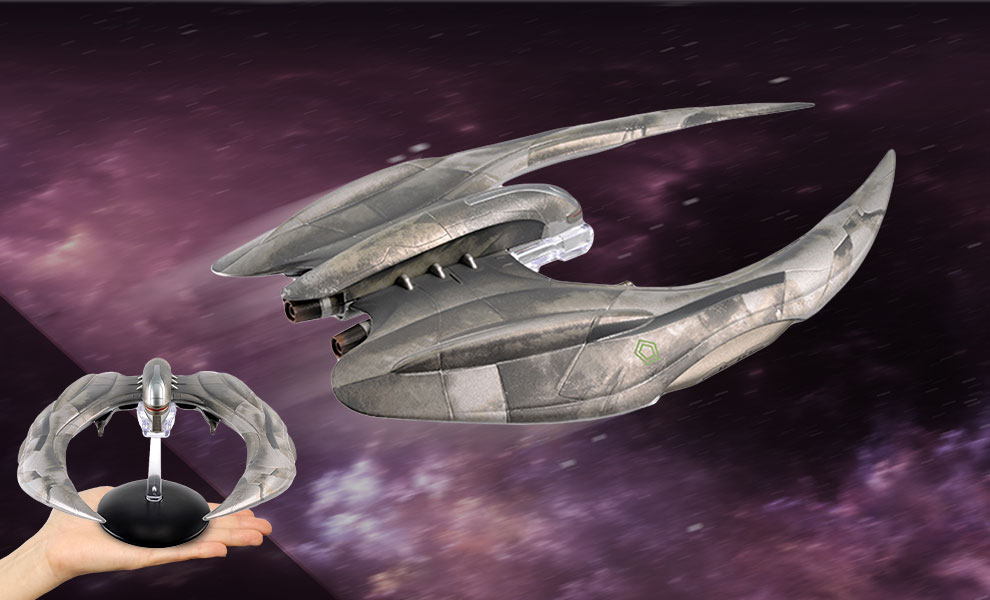 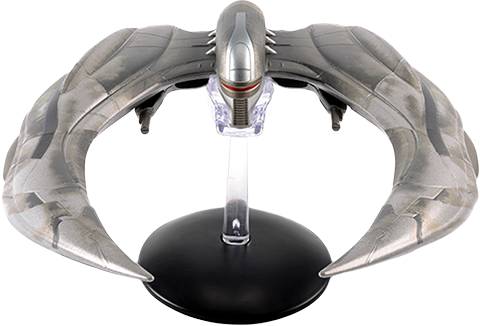 The second model to take flight from the Battlestar Galactica: Official Ships Collection is the sleek and deadly Strike Interceptor of the Cylon fleet, Cylon Raider also known as the sparrow.

The Raider is the primary attack fighter used by the Cylons. Modern Raiders are cybernetic, living creatures with a complex system of organs, veins and fluids inside the main body. They can be killed but can also be reborn, meaning that experienced MODERN CYLON RAIDER combat ships are quickly available for duty again.

This Battlestar Galactica Cylon Raider Ship measures approx 25 cm long and is brought to life in die-cast metal and high-quality ABS materials. Its sleek design means it can speed past nearly all enemy ships and hunt down slower ships as well as dodge bullets in firefights.

The ship comes complete with a 16-page collector’s magazine providing an in-depth profile of the ship, exclusive behind the scenes articles, original design sketches, and an interview with series developer Ronald D. Moore.