Skip to main content
The Celebration starts early! Save Up to 20% on Star Wars items!
https://www.sideshow.com/collectibles/13470 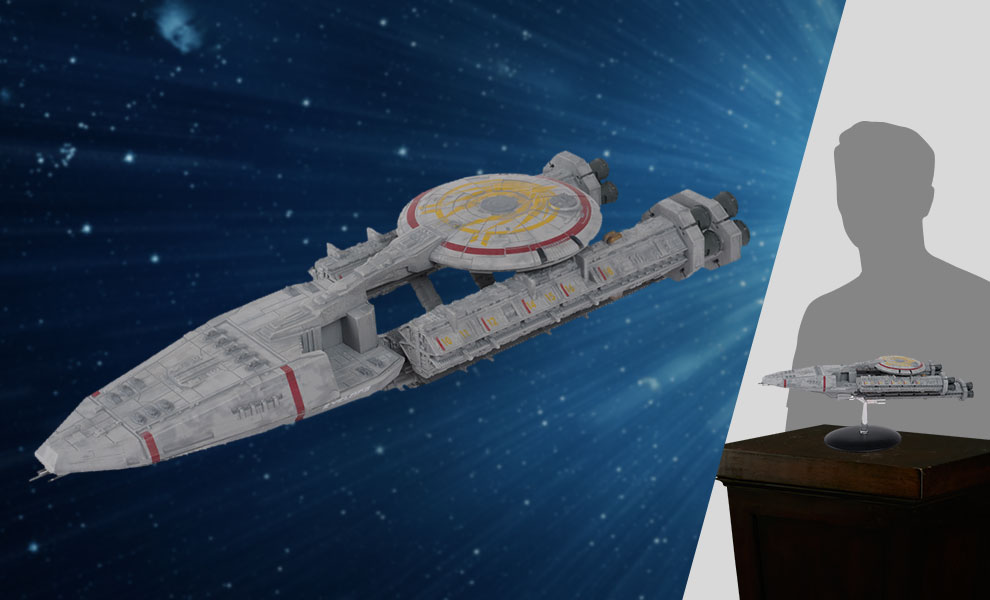 A heavy cruiser with a unique tri-hull design, Loki is brought to life in the Battlestar Galactica Ships Collection!

Destroyed by the Colonial Fleet, the Loki was a lightly-armed support vessel, and was reported lost in the First Cylon War. This proved to be a deception, however – the Loki formed part of a ‘ghost fleet’ hidden secretly in deep space. The fleet emerged long after its supposed destruction, ambushing Cylon bases along the border in a massive ambush.

Official die-cast model of the Loki ship of Battlestar Galactica, designed with the help of the Galactica VFX team. The model features a tri-hull design joined by a massive domed structure on the dorsal side, and an "alligator head" on the front side.

The Loki ship comes complete with a 16-page magazine featuring an in-depth profile of the ship, exclusive interviews with creators, including Ronald D. Moore!