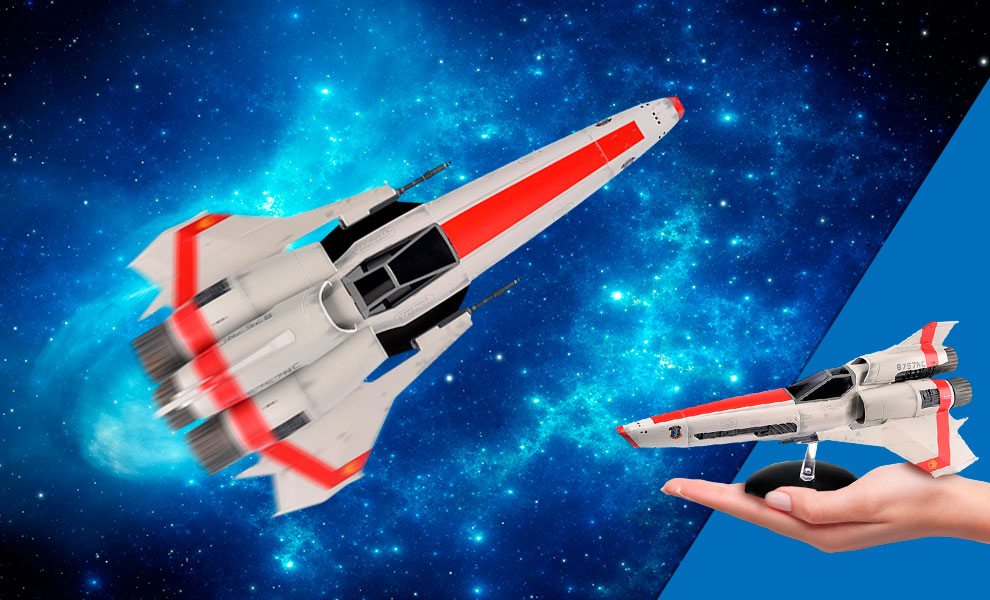 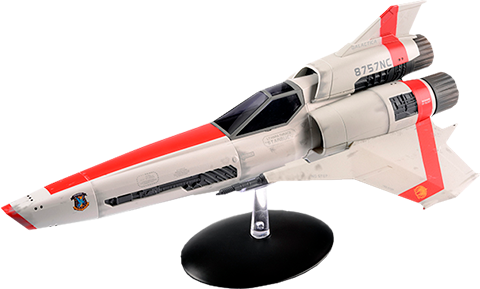 This Viper Mark II ship measures approximately 10.6 inches long and is brought to life in die-cast metal and high-quality ABS materials. It features the Starbuck callsign, tail number, and authentic wear and tears effect. Thanks to the members of the modern Galactica VFX team, this scale model was faithfully produced to ensure that it followed the ship's details as accurate as possible.

The ship comes complete with a 16-page collectors magazine providing an in-depth profile of the ship, exclusive behind the scenes articles, original design sketches, and an interview with the series developer, Ronald D. Moore.