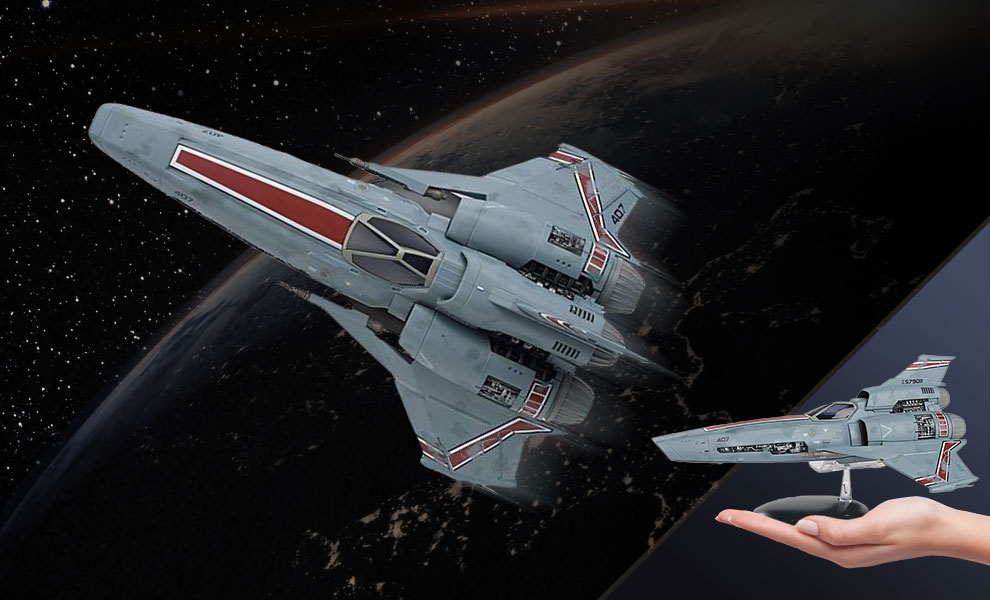 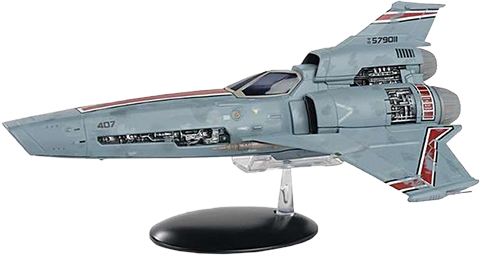 Viper Mark III ship is an updated version of the battle-proven Mark II Viper and was introduced during the last years of the First Cylon War. It has a more angular, modern, and "muscular" design compared to its predecessor. The ship design has inspired subsequent iterations of multi-role Vipers, eventually leading to the highly advanced Mark VII Viper. In Battlestar Galactica: Blood and Chrome William Adama takes part in the virtual reality training program on Viper Mark II showcasing all the capabilities of the ship.

This Viper Mark III ship is brought to life in heavyweight die-cast metal and high-quality ABS materials. The model captures the larger size of the vessel, its more angular fuselage, and the stunning paint detail: gunmetal grey with red stripes bordered by white trim. We have worked closely with members of the Galactica VFX team to ensure that the model is as accurate as possible.

The ship comes complete with a 16-page magazine packed with in-depth information about Viper Mark III (Blood & Chrome), exclusive behind the scene articles, and an interview with vaunted visual effects artist Doug Drexler.