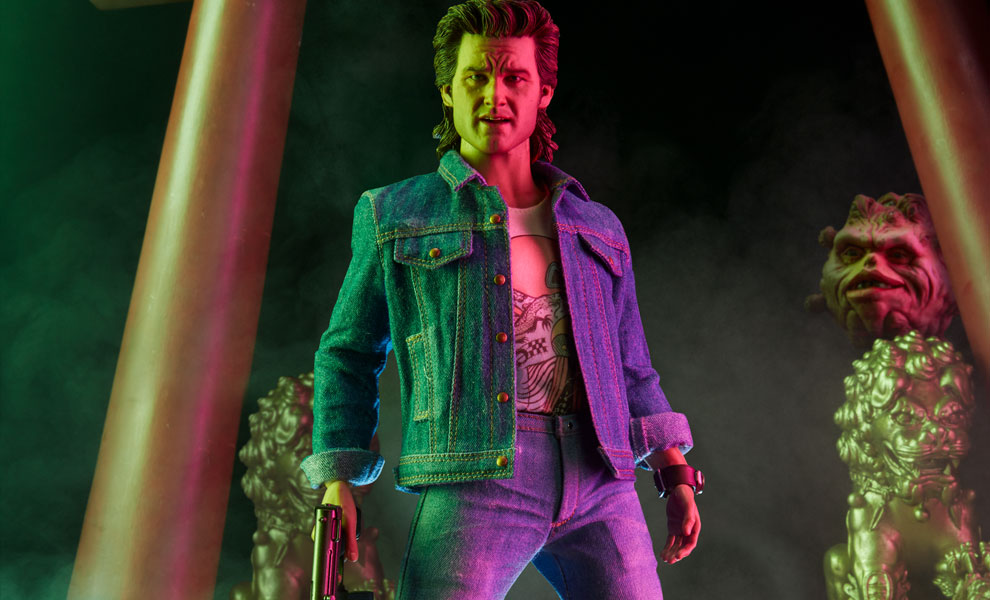 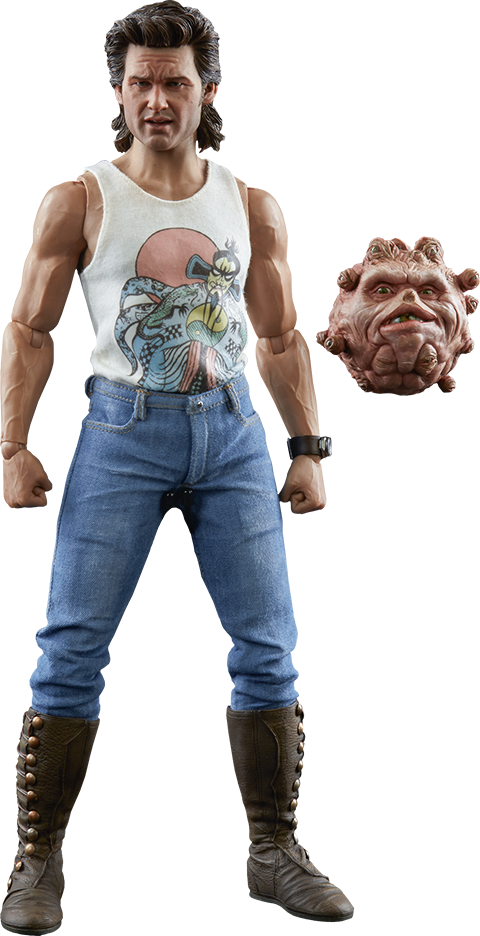 Played by Kurt Russell in the cult classic movie Big Trouble in Little China, Jack Burton is a fast talking truck driver who spends his days and nights traveling the highways, ranting his cool-guy mantras into his CB Radio while hauling hogs in his big rig – The Porkchop Express.

But, after winning a bet to his buddy Wang Chi, and facing off against the merciless street gang, The Lords of Death, this witless (but kinda charming) lunkhead finds himself caught up in a shadowy underworld of nefarious plots, ancient spirits, immortal villains and mystical forces.

Joining up with a team of wizards and warriors, and armed with little more than his trusty knife and a winning smile, Jack sets out to rescue the girls (and his truck!) and defeat the evil magician Lo Pan – and look damn good while doing it!

John Carpenter’s Big Trouble in Little China and its hapless hero Jack Burton have a very special place in our hearts here at Sideshow. Our new sixth scale figure is more than a piece of nostalgia to us; it’s a loving homage to one of the funniest and most endearing action heroes of a generation!

Our new limited-edition Jack Burton figure raises the bar yet again for the possibilities of the sixth scale format. Featuring a super-lifelike portrait of Kurt Russell in all of his mid-eighties glory, including a lovingly sculpted rendition of his magnificent mullet!

From the laces on his custom leather boots to the creases to the weathering on those sweet eighties blue jeans - each part of his wardrobe has been recreated for supreme movie-accuracy.

We’ve also produced miniature versions of the weapons that Jack uses to great (and unintentionally hilarious) effect while battling Lo Pan and his minions. Check out the attention to detail on his tiny semi-auto pistol and his boot knife. We’ve captured every minuscule detail on this 12” figure–even recreating the tiny stitching on his leather watch cuff!

If this just wasn’t enough awesomeness for you, we’ve also created a miniature version of one of our favorite creatures from the movie - the floating eyeball monster known simply as “The Guardian”.

This highly detailed sculpt of this weird and wonderful wandering monster is supplied with a “floating” support, allowing him to be displayed next to Jack.

The perfect addition to any horror or movie memorabilia collection, and an awesome gift for any Big Trouble in Little China fan, this is one sixth scale figure you don’t want to miss!

now all we need is the truck..the pork chop express with the "monster" riding on the back like at the end of the movie, THAT would be cool !!!!

As an international buyer this figure isn't easy to get since it's a Sideshow exclusive, but put the effort into obtaining one and you won't be disappointed. This is one of the most fun figures I ever bought - truly captures the spirit of Jack Burton and miniaturizes it for fans of the movie.

Honestly, as a die hard Jack Burton fan, this figure really nails it for me. I'm very happy with my new display piece. My only qualm is that he needs a Wang, Gracie, or LoPan to join him in the display!

Fantastic detail, nice head sculpt, sideshow knocked this one out of the park!

This Is one Beautiful Piece. Just Gorgeous. The Stance Is perfect. Just can't say enough.. "Its all in the Reflexes..." 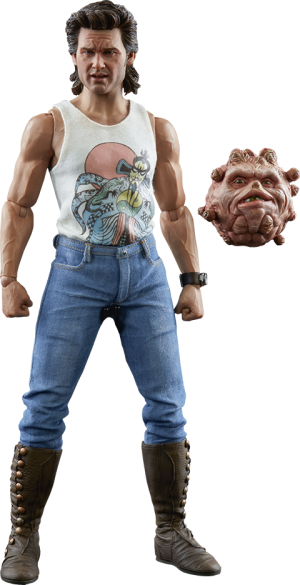