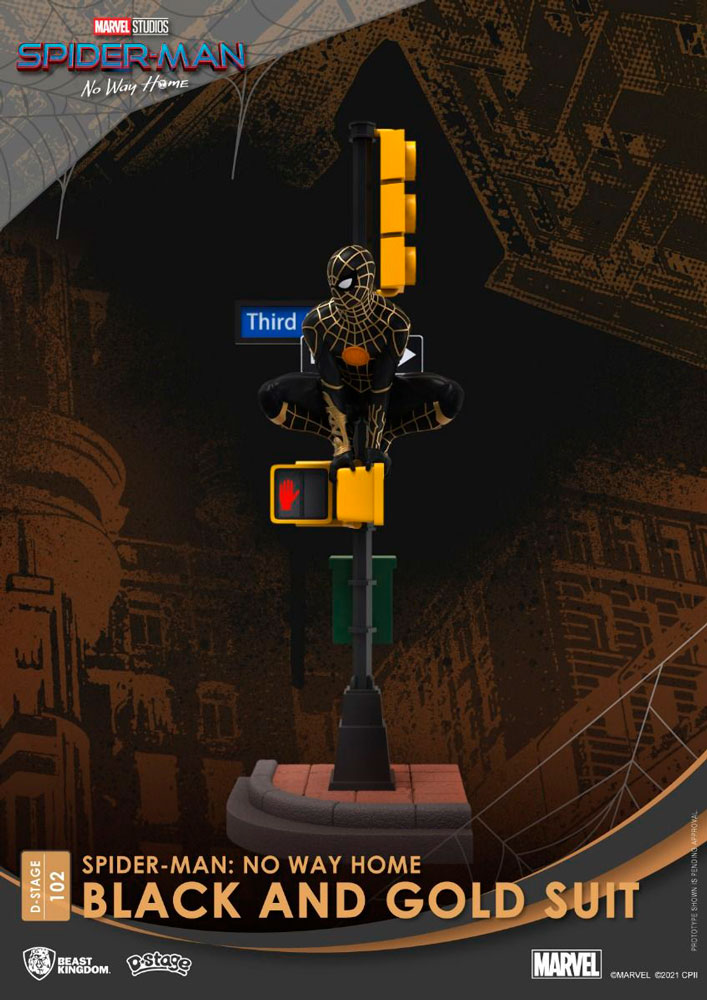 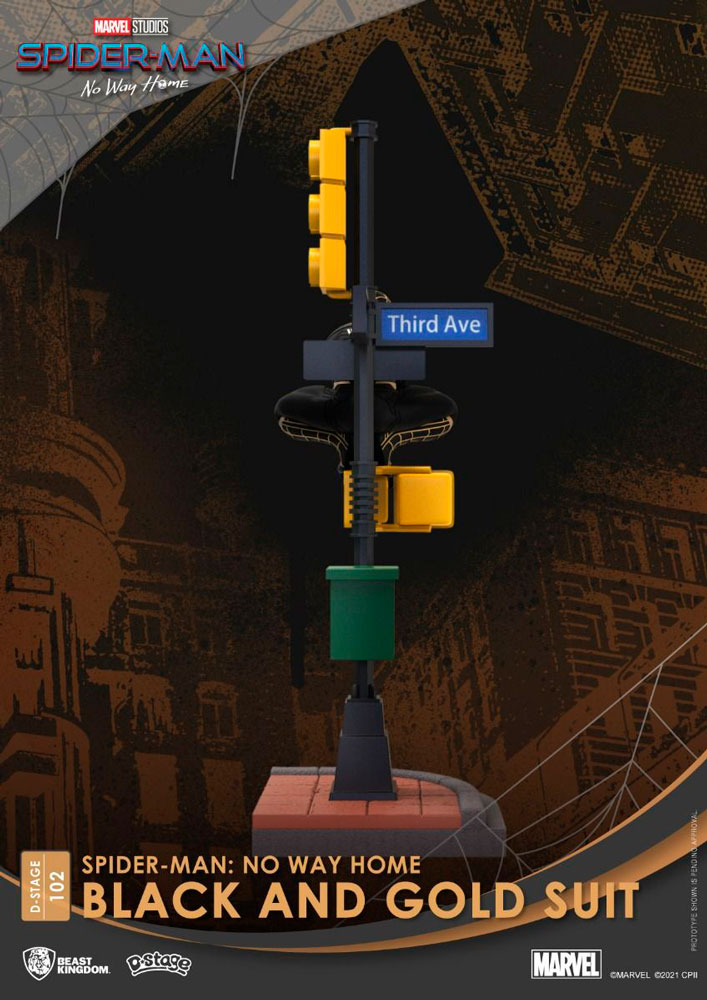 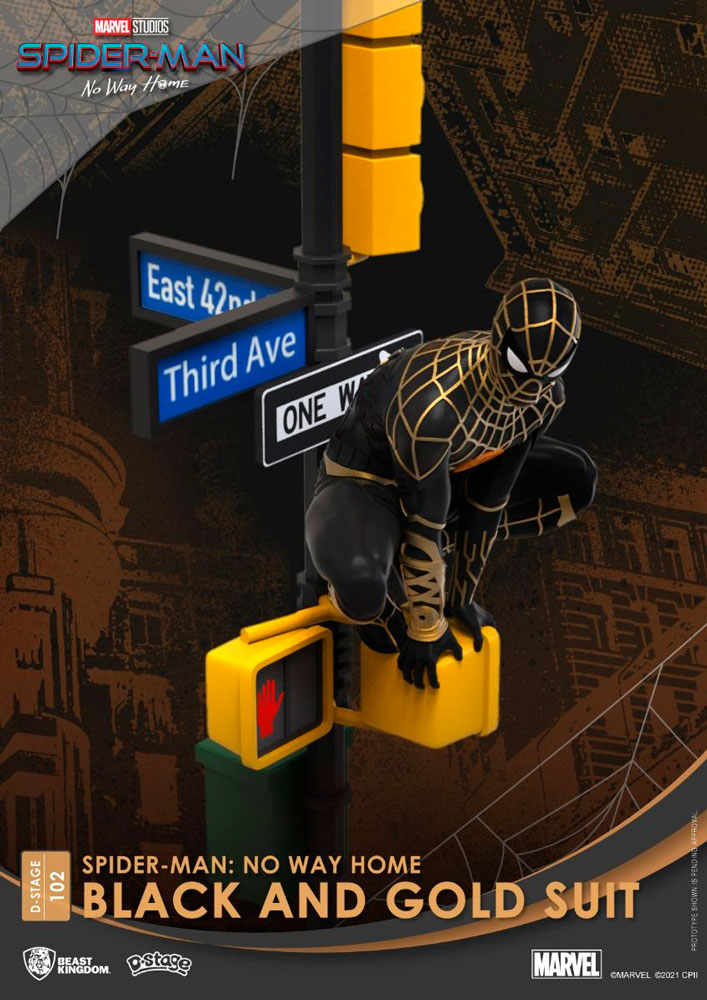 Sometimes it may seem that there is ‘No Way Home’ but with some ‘Spidey’ powers, Marvel’s friendly neighborhood Spiderman always seems to find a way!

In the third Spider-Man entry from the MCU, Peter Parker is ready to take on the multiverse for the first time in movie history! Led by some of Marvel’s villains featured in previous films such as Dr. Otto Octavius, (or Doc Ock for short), Spiderman will face a host of villains, with stakes that have never been this high!

The latest D-Stage, ‘Staging Your Dreams’ diorama from Sideshow and Beast Kingdom, brings to life one of the suits featured in the ‘No Way Home’ cinematic movie. The D-Stage 102 sees the friendly neighborhood Spider-Man perched on a New-York traffic light observing his surroundings. Dressed in a stealth black, battle-suit, the gold accents here are even more pronounced. 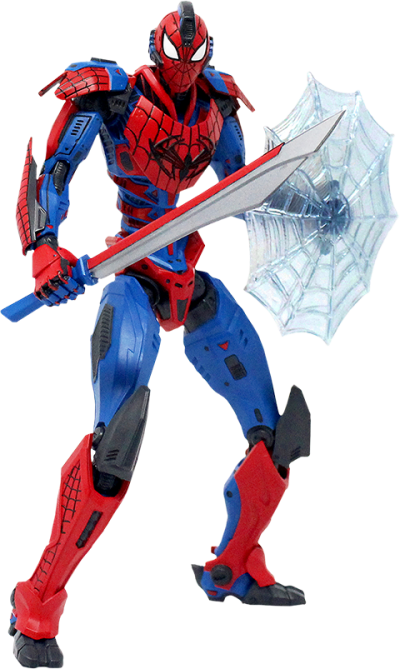 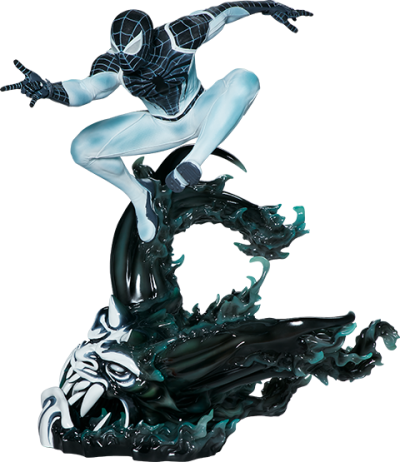 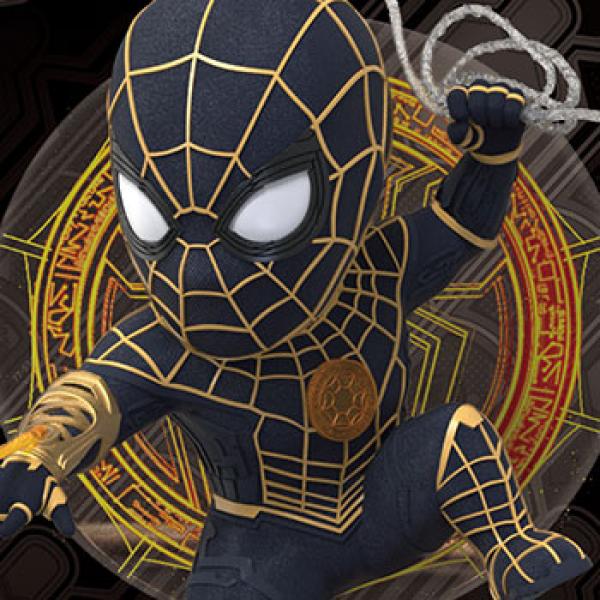 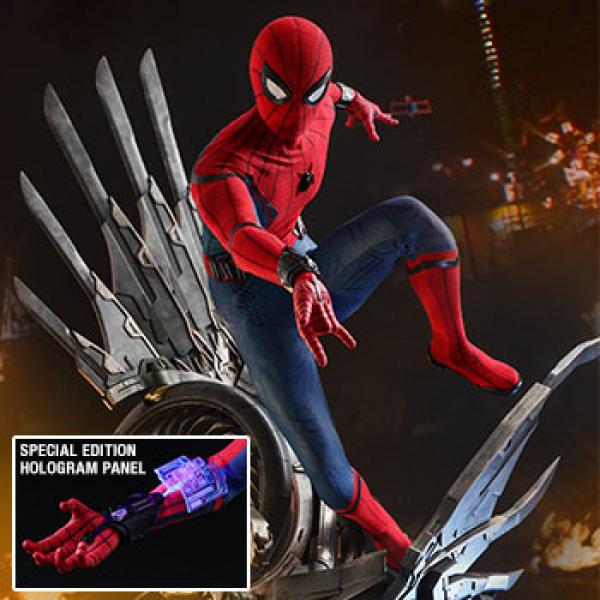