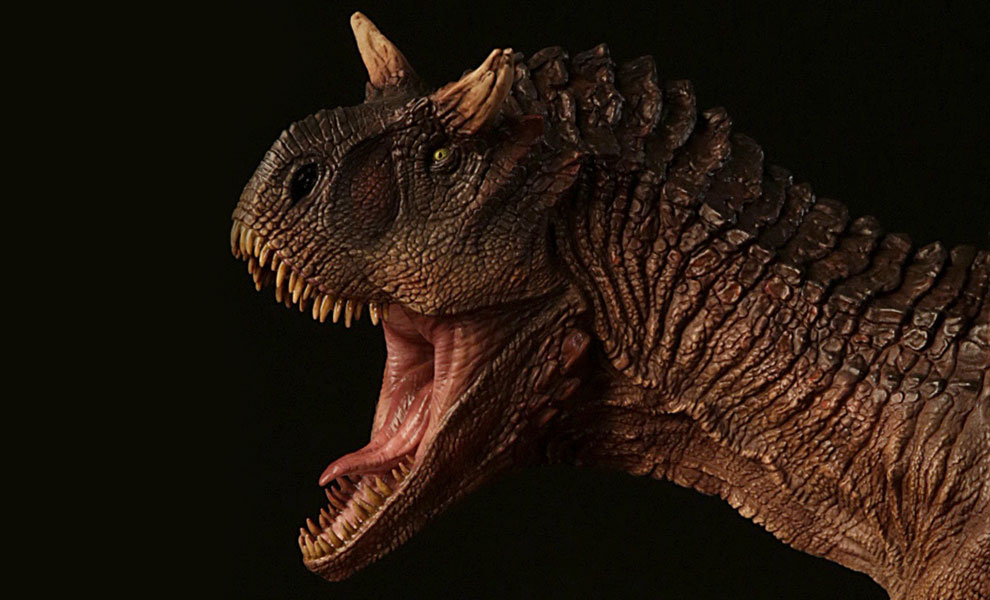 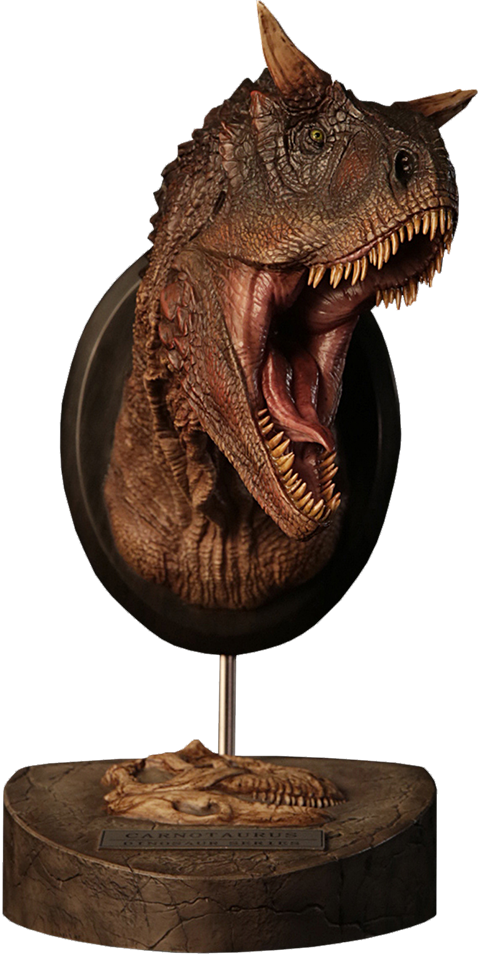 Dinosaurs are the most prominent species in the prehistoric world.

From the Designers at Damtoys: Carnotaurus is one of my favorite carnivorous dinosaurs. My first impression of Carnotaurus was from my childhood, watching Disney's animated film "Dinosaurs", in which they were big and aggressive like the T-rex. However, after getting my hands on related scientific material, I realized that the Carnotaurus were in fact not that big. The head of the Carnotaurus made in the likeness of its skull is also flat, rather than thick as I had imagined. The Carnotaurus I saw in animated films were artistically exaggerated. Some of the images would turn out to be erroneous designs upon closer inspection. Nonetheless, this did not cause me to like Carnotaurus less. Through this work, I hope to present something that is in line with their bone structure and on this basis, bring bold design and tension, thus finding a balance between exaggeration and tradition, enhancement and nature, art and science.

The DAMTOYS team, with designer Han Xiao’s excellent prototype design, carried out an in-depth study on the colors of Carnotaurus, such that the painting is the most accurate and realistic.