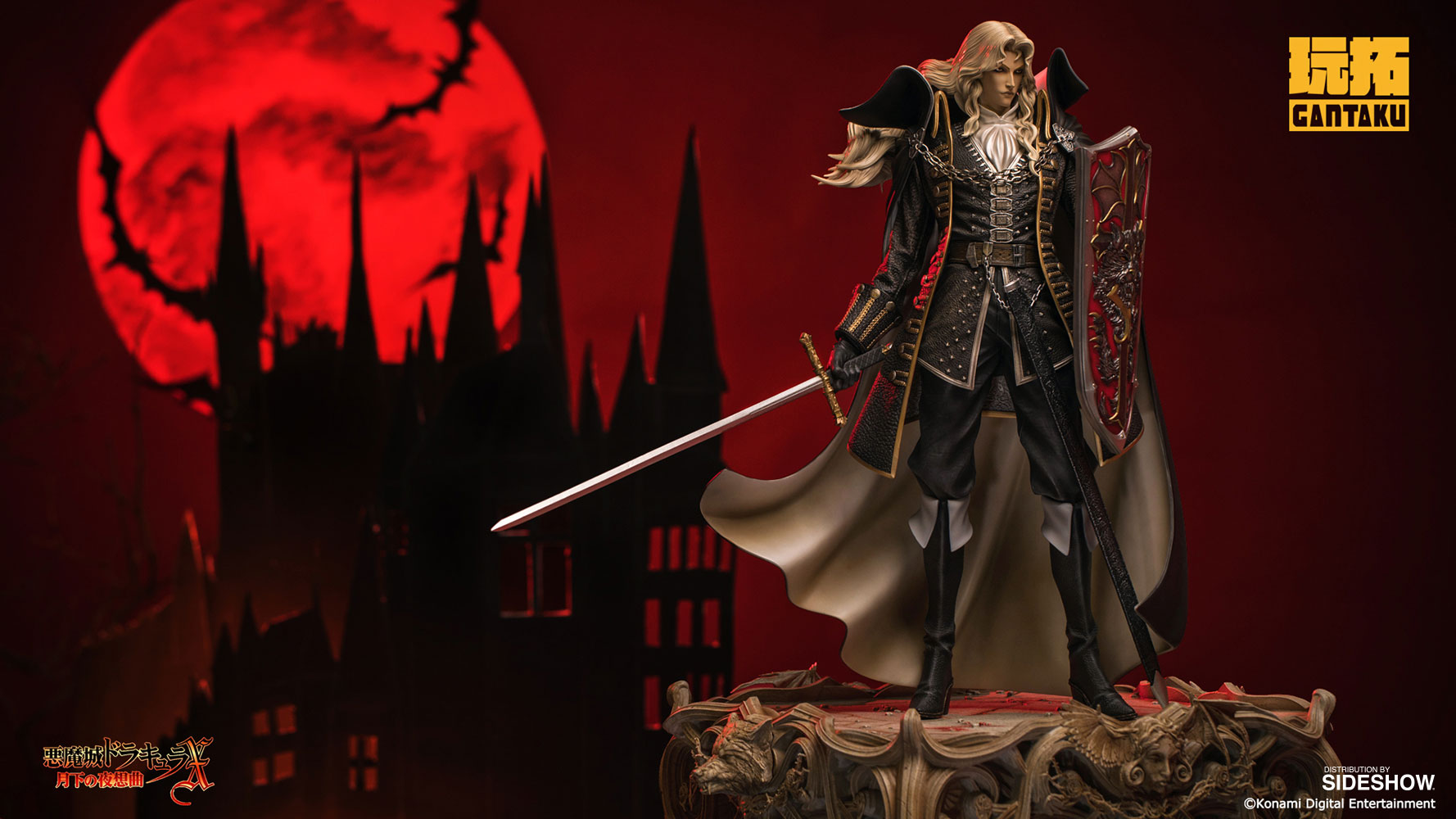 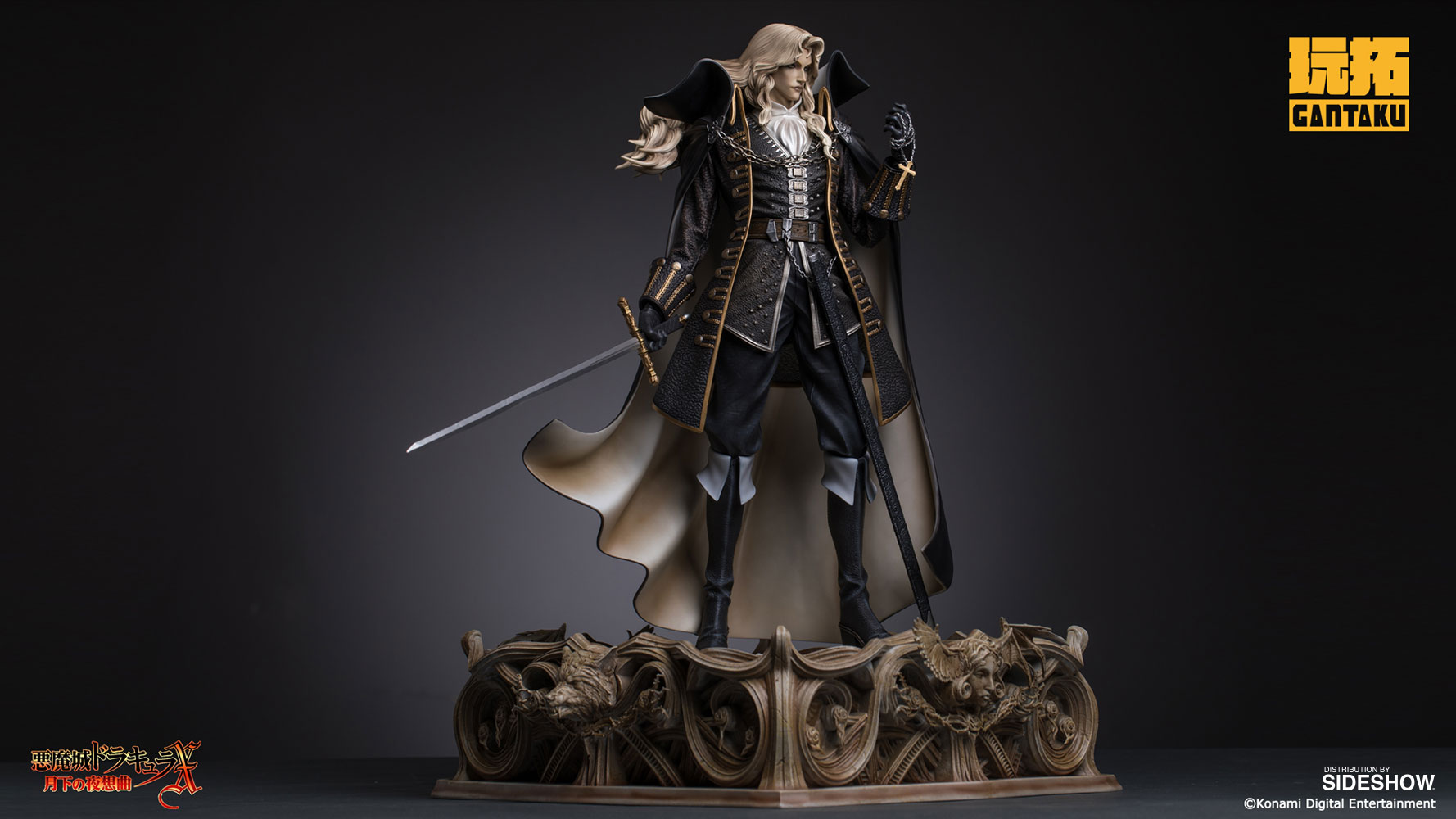 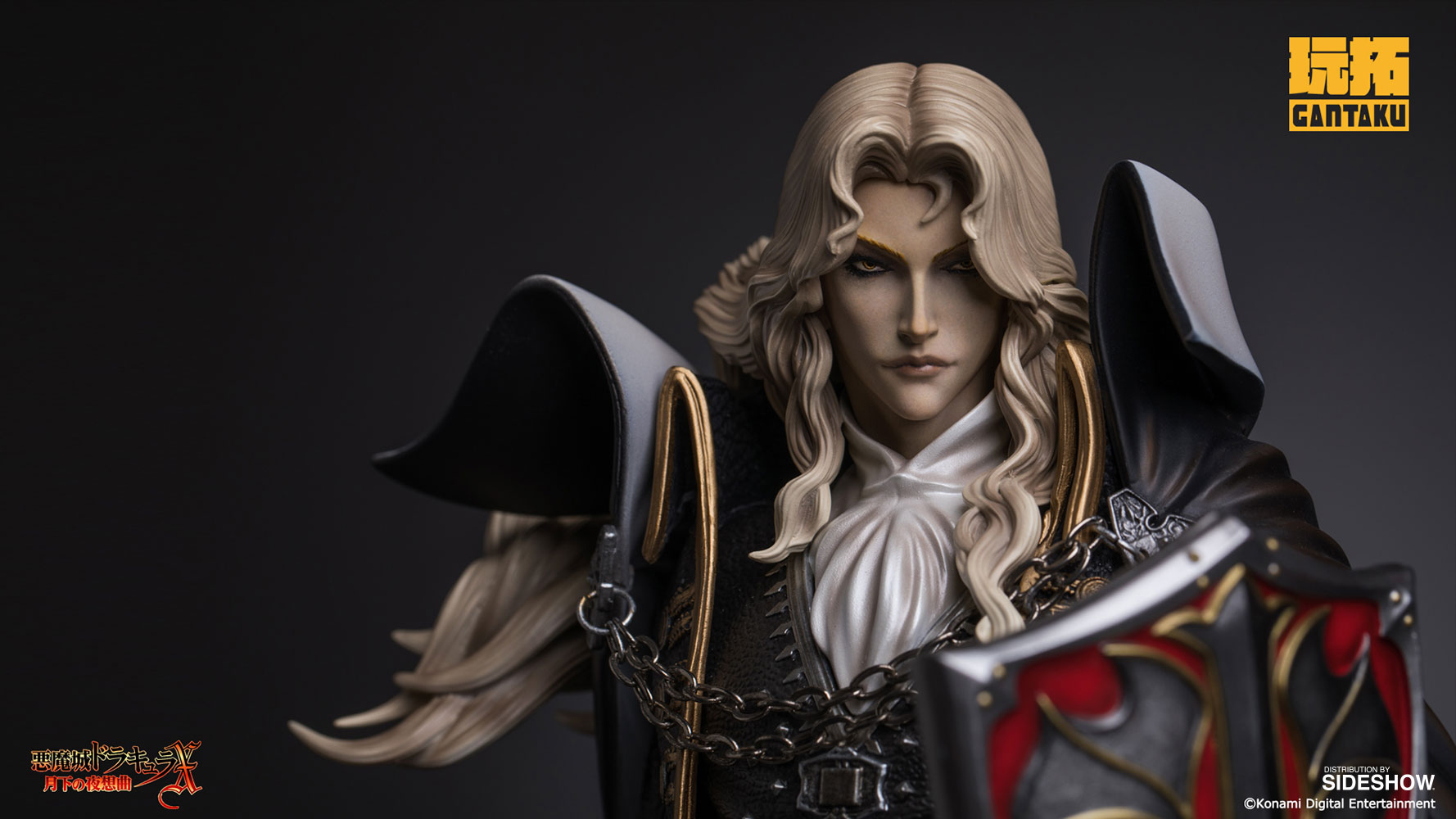 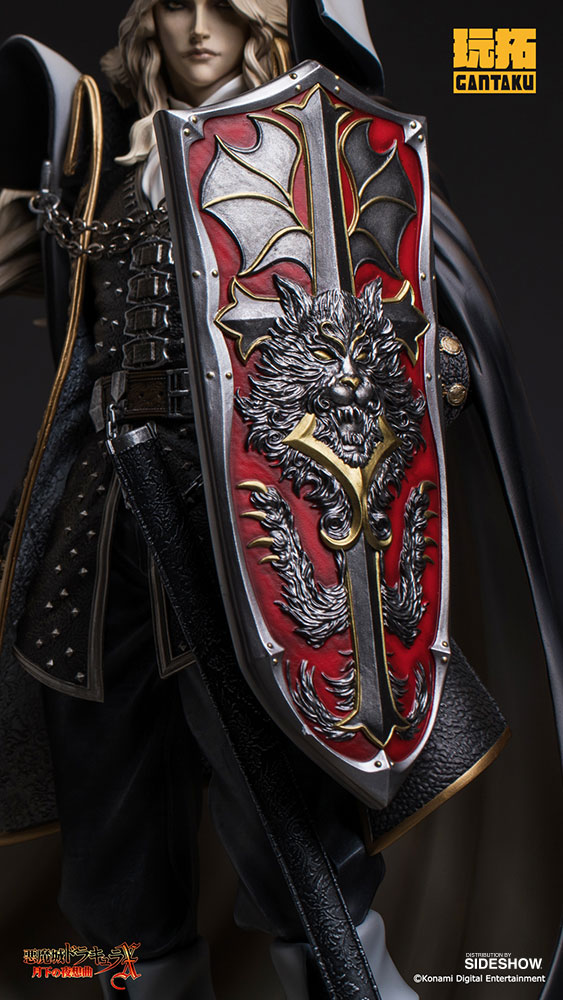 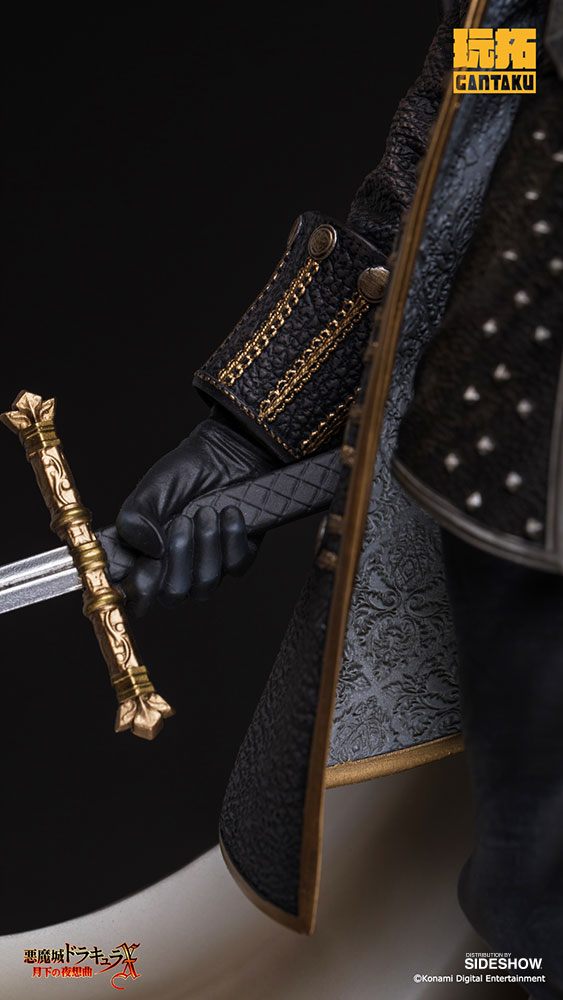 Sideshow and Gantaku Anime present from Castlevania: Symphony of the Night, the Alucard Statue in 1:5 Scale!

Adrian Fahrenheit Tepes™, better known as Alucard, is a character in Konami's Castlevania series of video games. His first appearance in the series was in the 1989 game Castlevania III: Dracula's Curse, but he is best known for his role in the critically acclaimed Castlevania: Symphony of the Night, released in 1997.

A must-have for fans of Castlevania! 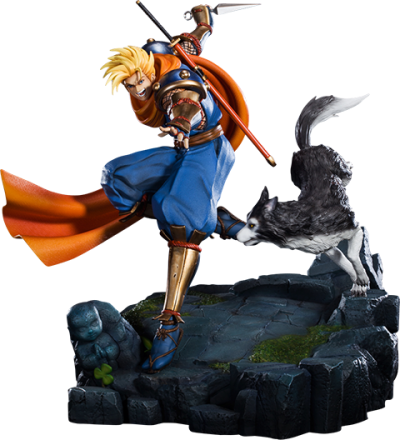 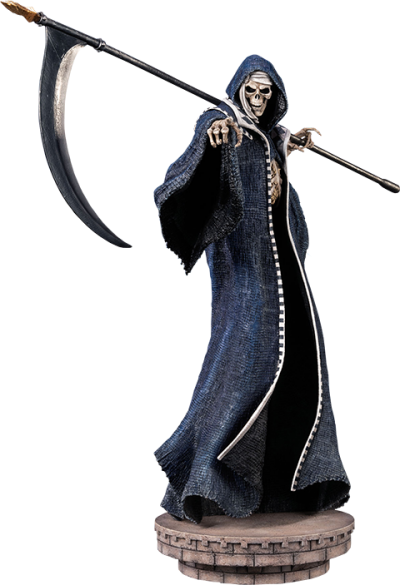 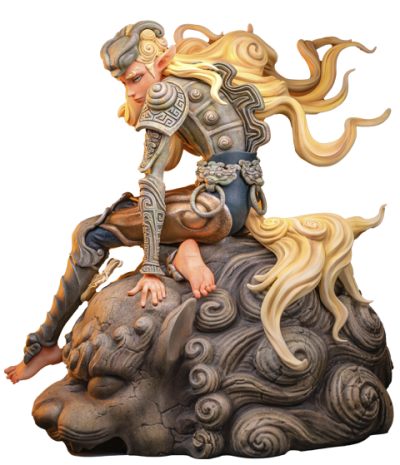 Huge Castlevania Fan and once this statue came to fruition I knew I just had to have it. Got my order in last month and the package was shipped perfectly and protected. Alucard had minimal assembly (has interchangeable parts) and the detail is beautiful. The base of which Alucard is standing on is a lot wider than I originally thought, but that makes it all the more beautiful. The only thing I would advise customer is the branches amongst the side of the bases are very very delicate and can break easily. I was snapped one off by accident just by lifting it up and places it on my table. Please lift from underneath the bottom to avoid this mistake I did. Other than that, 10/10. Would highly recommend.