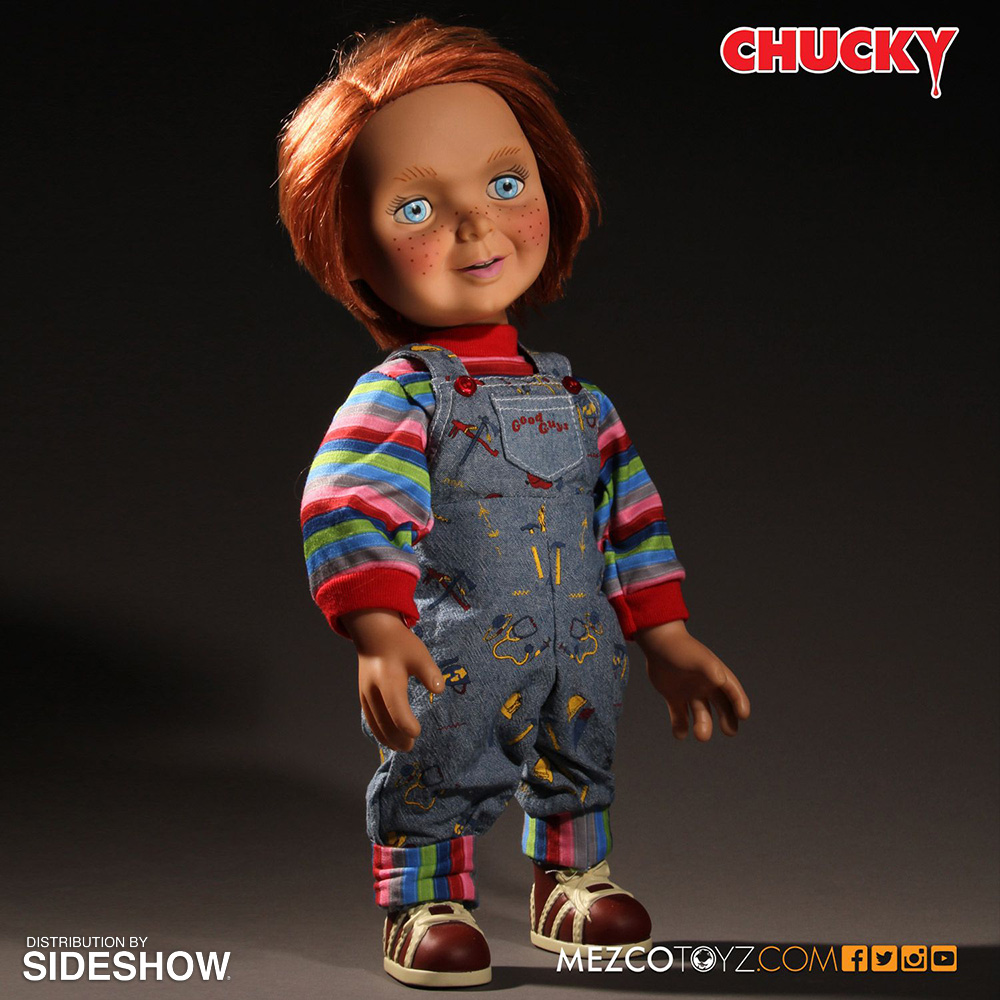 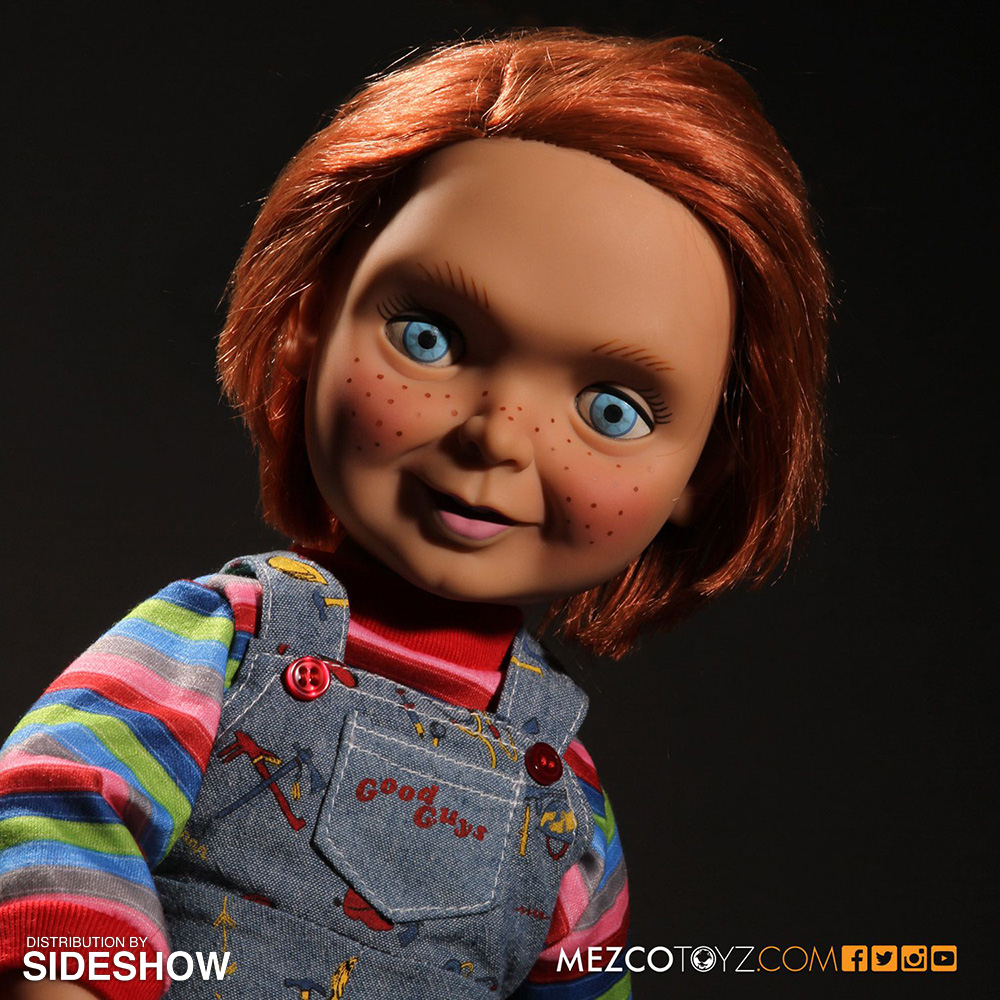 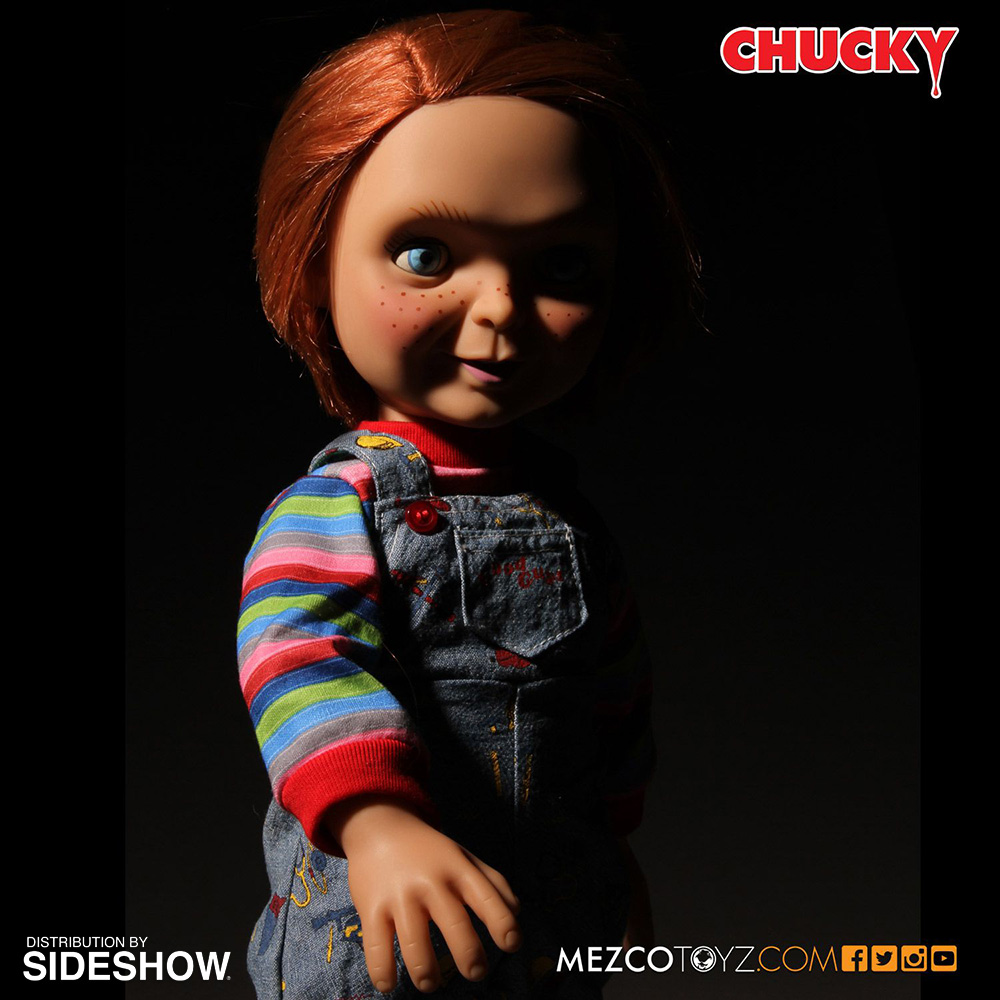 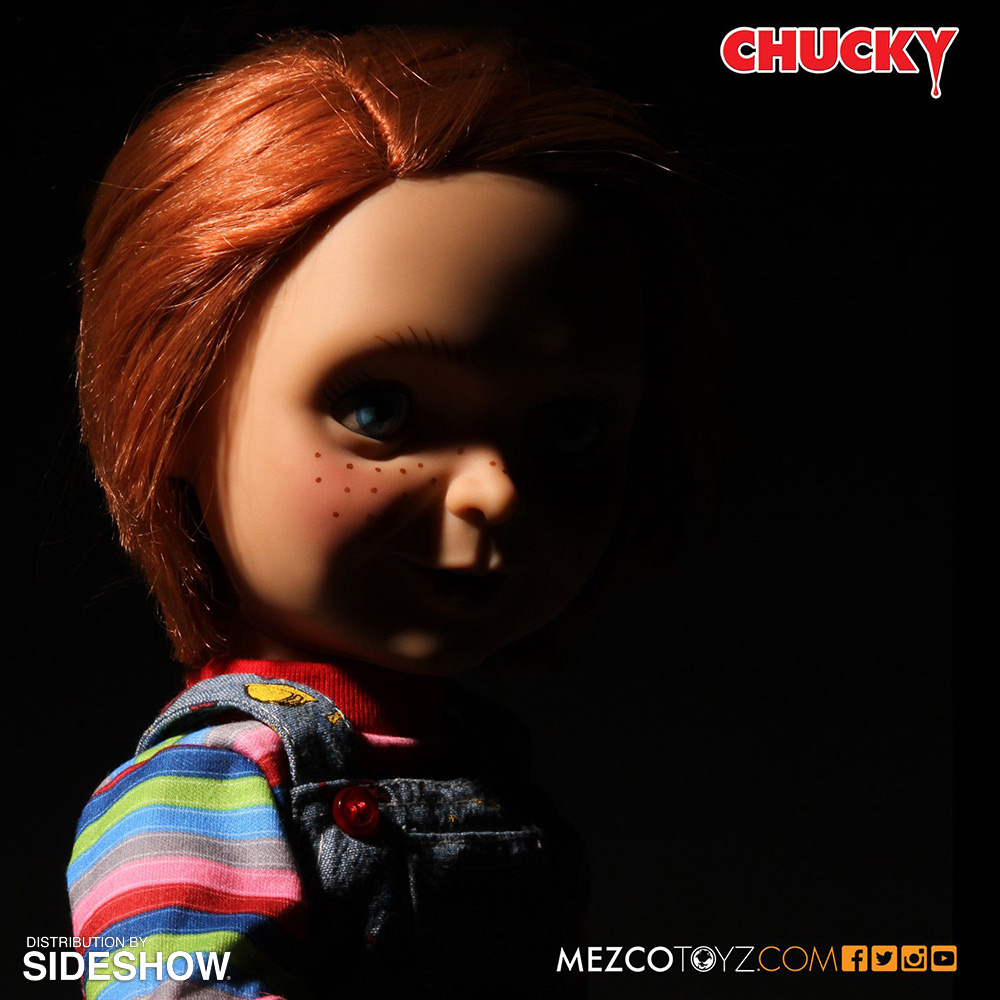 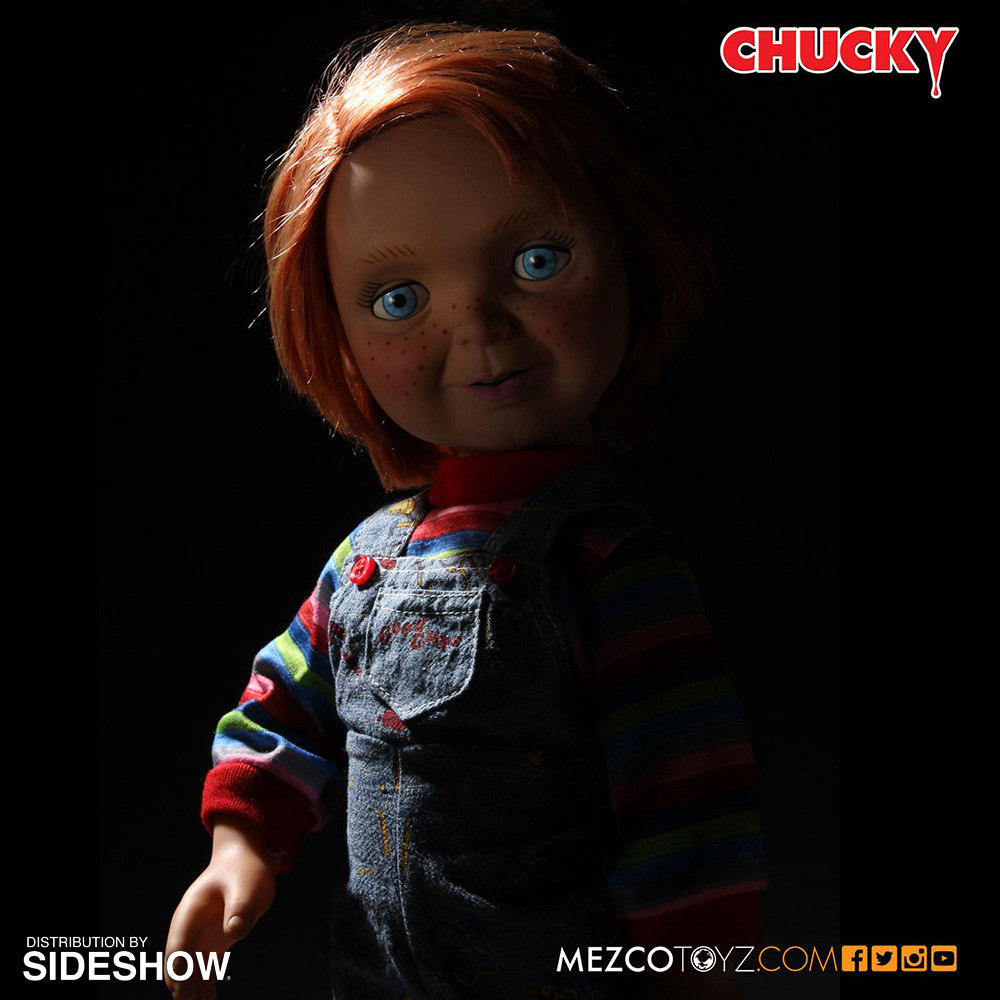 He wants you for a best friend!

Mezco continues their popular line of Chucky dolls with the one that started it all: the Good Guys Doll.

Before he became possessed by the Spirit of Charles Lee Ray, a serial killer better known as "The Lakeshore Strangler," Chucky was just a harmless Good Guys figure. His face not yet scarred, his clothes not yet bloodied, Chucky appears cheerful and ready for fun.

Mezco’s designers have created an all-new head sculpt that perfectly captures his look - his bright red hair, his wide-eyed innocence and cheerful smile - in the popular film series.

Every detail of his iconic outfit has been replicated: from his classic coveralls and shirt to the unique imprint of the soles on his sneakers.

Just as he did in the films, Chucky speaks 4 movie-accurate phrases when a discreetly placed button on his back is activated.

Packaged in a sturdy, collector friendly die-cut window box inspired by the packaging seen in the films, the Good Guys 15-inch Chucky doll is sure to become a focal point of any Chucky collection.