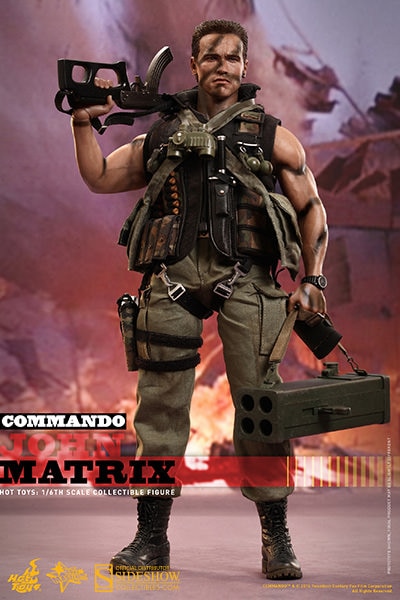 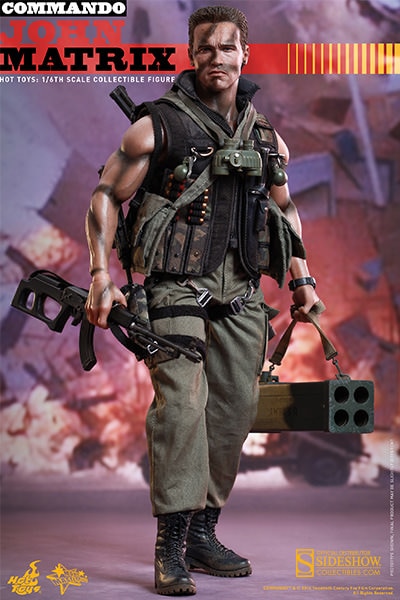 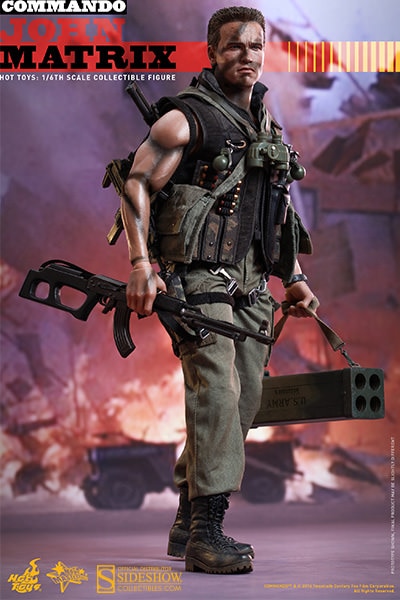 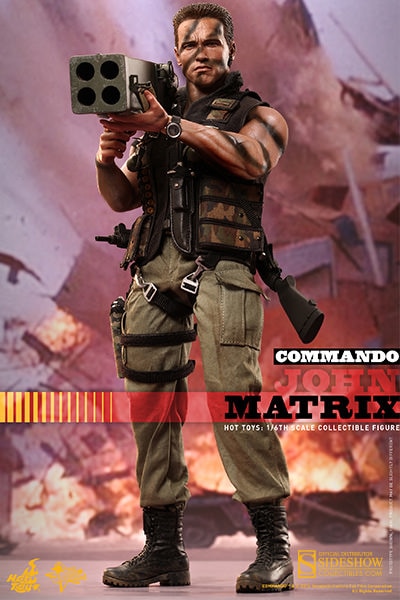 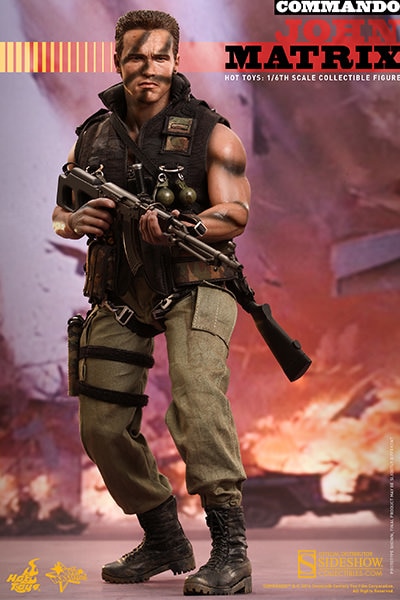 "I eat green berets for breakfast".

Commando, the film starring Arnold Schwarzenegger, has been a critical and commercial success since it hit theaters back in 1985. The movie's combination of action and humor made it a cult classic among fans.

The John Matrix sixth scale figure is specially crafted based on the image of Arnold Schwarzenegger in Commando and features a newly developed head sculpt with war paint as well as a muscular seamless upper body, a specially tailored outfit, and a large array of detailed weapons and accessories.

Arnold Schwarzenegger and Commando  fans should not miss the opportunity to own this heavily-armed collectible figure! 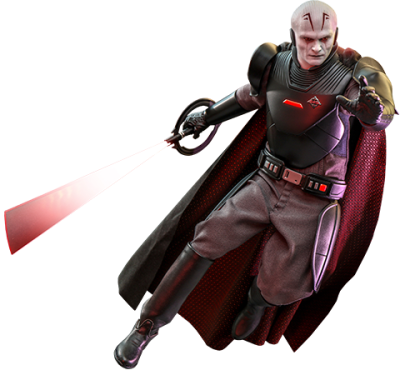 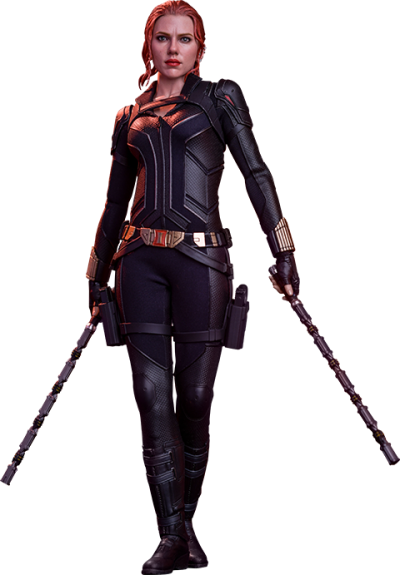 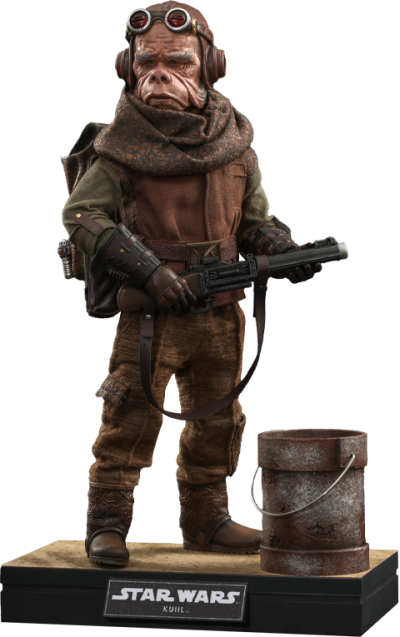 Don't let yourself be caught saying that phrase with this Masterpiece! Been a huge Arnold fan since my teens and to add this to my collection was a must. The detail is incredible and the accessories that come with it make it fully possible from any one of your favorite scenes from the movie!

Just received mine two days ago. It's absolutely amazing! If your a fan of Arnold, this is a must have.

WAS GLAD WHEN THEY CAME OUT WITH THIS, EVEN HAPPIER WHEN I RECEIVED IT. SO MANY ACCESSORIES. SPOT ON DETAILED FIGURE. GET IT WHILE YOU CAN.