Skip to main content
The Celebration starts now! 🪐 Save Up to 20% on Star Wars items!
https://www.sideshow.com/collectibles/8981 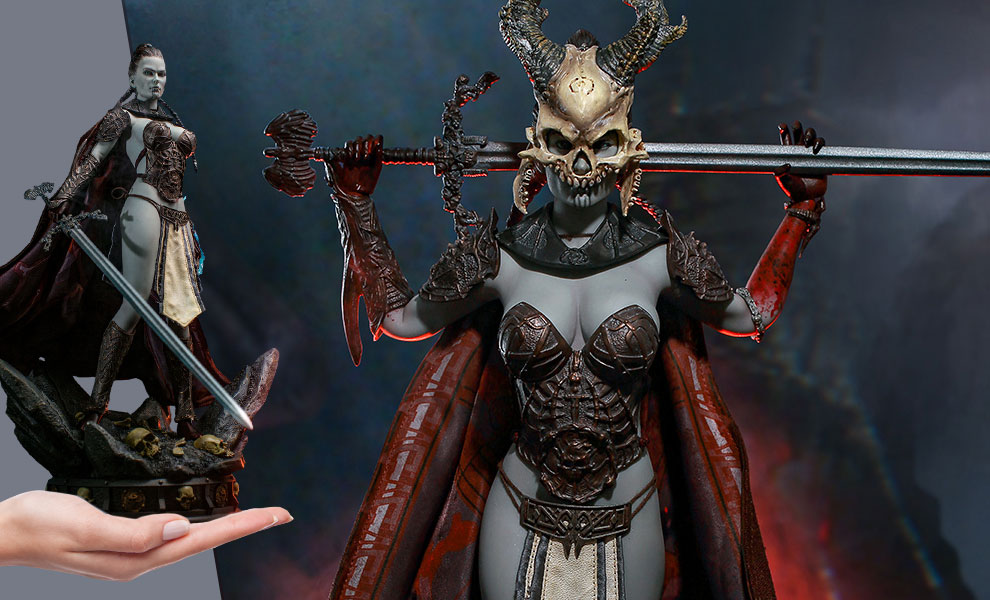 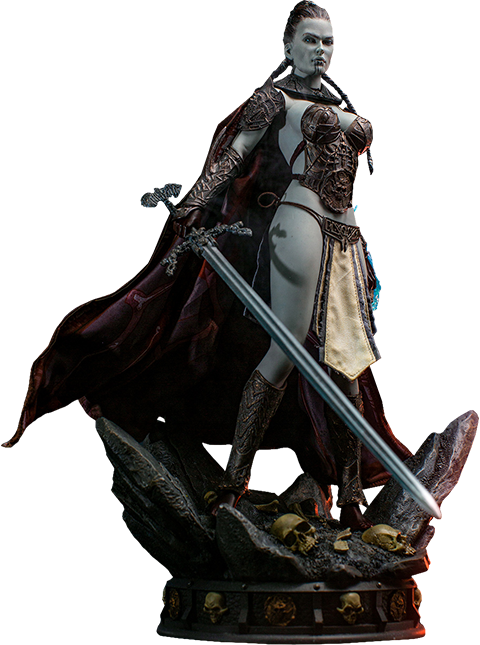 “The great Celestial injustice kindles the flames of vengeance in my heart; yet the Alltaker’s plan guides my blade.”

-  Kier, The First Sword of Death

Sideshow and TBLeague present the Kier: First Sword of Death Sixth Scale Figure, a powerful new addition to our original Court of the Dead collection. The first of its kind to arrive from the Underworld, this articulated sixth scale figure captures the First Sword of Death like never before!

Death, Master of the Underworld, rescued the abandoned valkyrie Kier from the deserted fringes of Heaven in her youth and nursed the fallen angel back to health. The Alltaker gave her an outlet for her vengeful rage and the Great Oracle, Ellianastis, gave her countless hours of guidance in the ways of the Spirit Faction. Soon, Kier found her footing in the Underworld and took her place as the de facto leader of the Faction of Spirit. She leads with purpose and fights with valor to find the balance that Death so desires.

The Kier: First Sword of Death Sixth Scale Figure has three pairs of interchangeable hands for gripping different items in her elaborate arsenal; one pair of open hands, one pair of hands for holding her angelic longsword, and one pair with curled fingers for grasping a skull with fresh etherea wafting off of it. She has two pairs of feet, allowing for a variety of powerful action poses. Kier also includes a battlefield base, with broken and battered terrain littered with skulls.

Add the spirit of war to your Court of the Dead collection with the Kier: First Sword of Death Sixth Scale Figure.

I remember when I first saw this character in Premium Format and I said to this awesome sideshow team, I wish I see them in sixth scale and here we are, I totally feel listened, bought it right ahead, and is a masterpiece. Well done Sideshow, very impressive, looking forward to collect the rest of the group.

Articulation and detailing are high quality. Figure holds poses firmly and matches human movement well. Base is surprisingly weighty. This is my first figure from TBLeague and the seamless/rubberized body design is great and makes this an awesome display piece.

Super fast delivery all the way to the UK in 3 days!

Very pleased with the quality of the figure, I have several Hot Toys and this compares really well.

I will be buying more from this line very soon!

I’m very glad I got her for my birthday! I saw her in a video and I loved her! :) I couldn’t be happier tbh! Thank you!

So glad Sideshow is releasing some of the CotD characters as 1:6 figures (I'm not a statue collector), and Phicen/TBLeague was an excellent choice of partner. Kier is absolutely stunning, from the bloodstained paint job on her body, to the excellent head sculpt, to the highly detailed gear. Off to pre-order Gethsemoni! 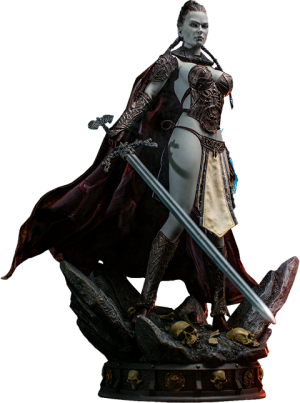