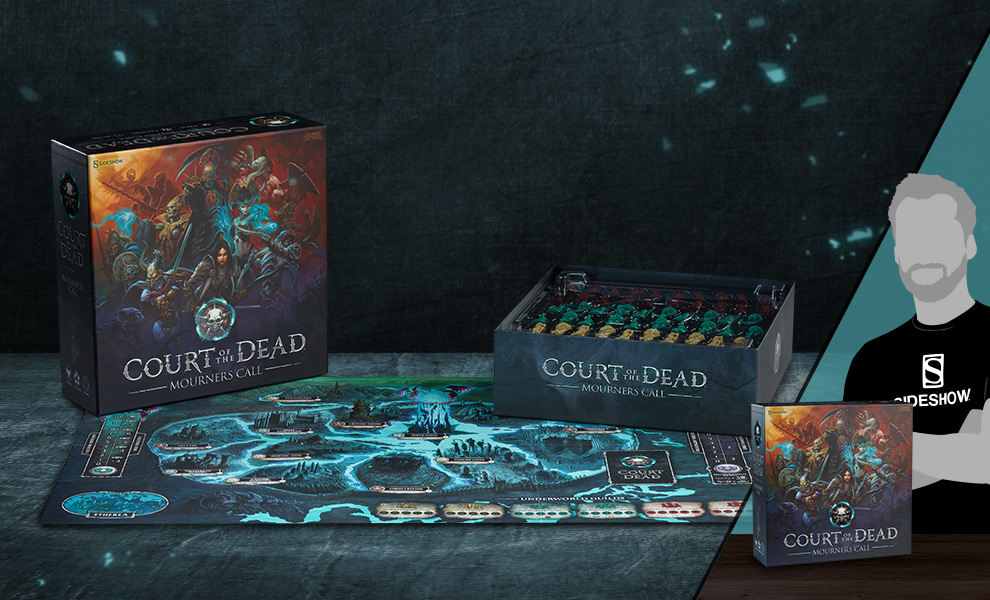 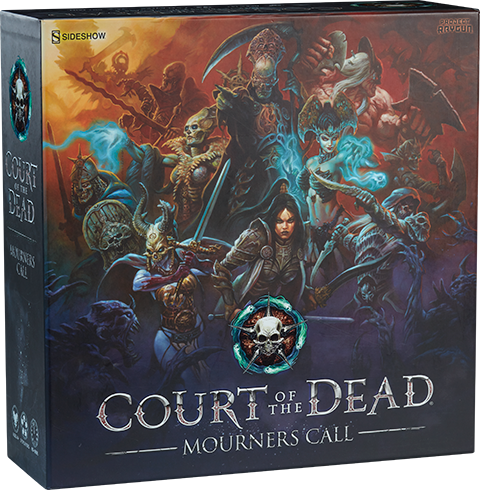 About This Board Game

Do you have what it takes to Rise, Conquer & Rule?

Put your gaming prowess to the test with Court of the Dead: Mourners Call! This 2-5 player, highly competitive board game that calls upon players to balance cooperative needs against their own ulterior motives. There are many paths to uniting the Underworld, but only one mourner will realize his or her vision. The player who wields his or her power and faction influence the best will gain the most points to win. Act with care and discretion, lest you draw the attention of the oppressive Celestial Realm or lose yourself to the dreadsgrip.

Whether you work with your fellow mourners to bring balance or stab them in the back to impose order - only one mourner can bring their version of the Underworld to (after)life with The Court of the Dead: Mourners Call Board Game Kickstarter Version.

Project Raygun is a trademark of USAopoly, Inc. (c) 2018 USAopoly Inc. All rights reserved. The Court of the Dead and related logos are registered trademarks of Sideshow Inc. used under license. (R) and (c) 2018 Sideshow Inc. 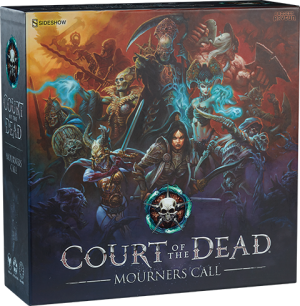