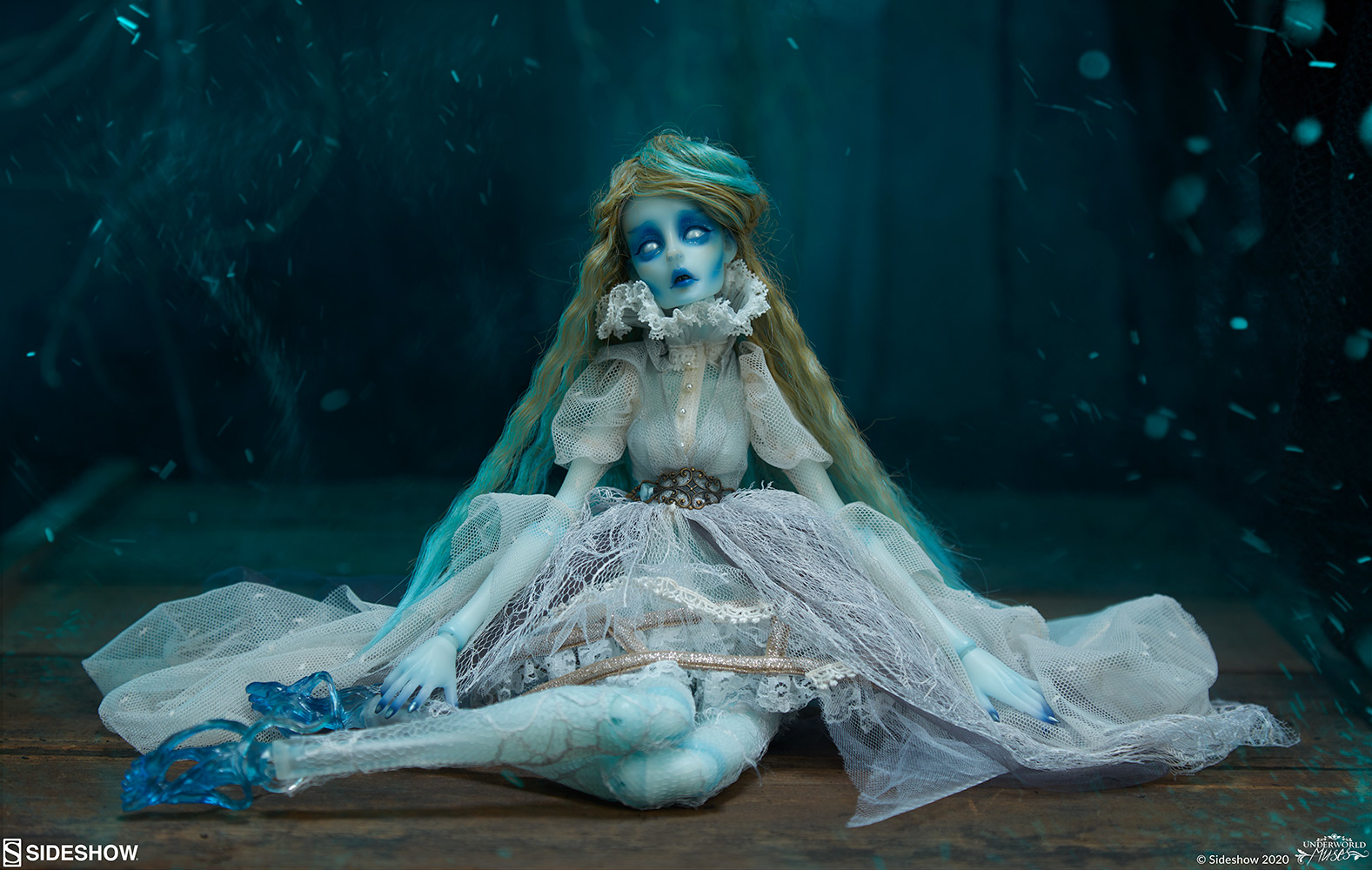 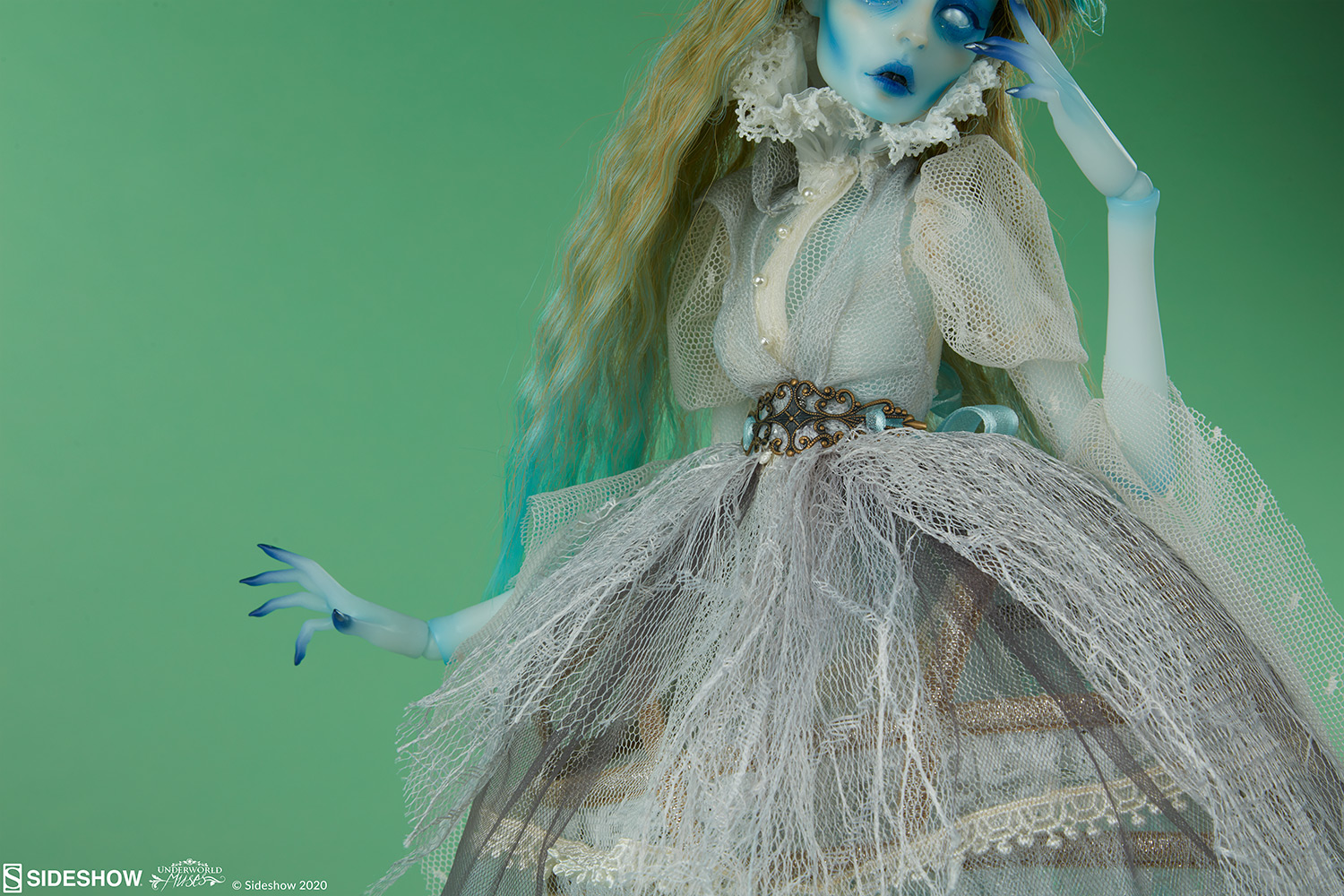 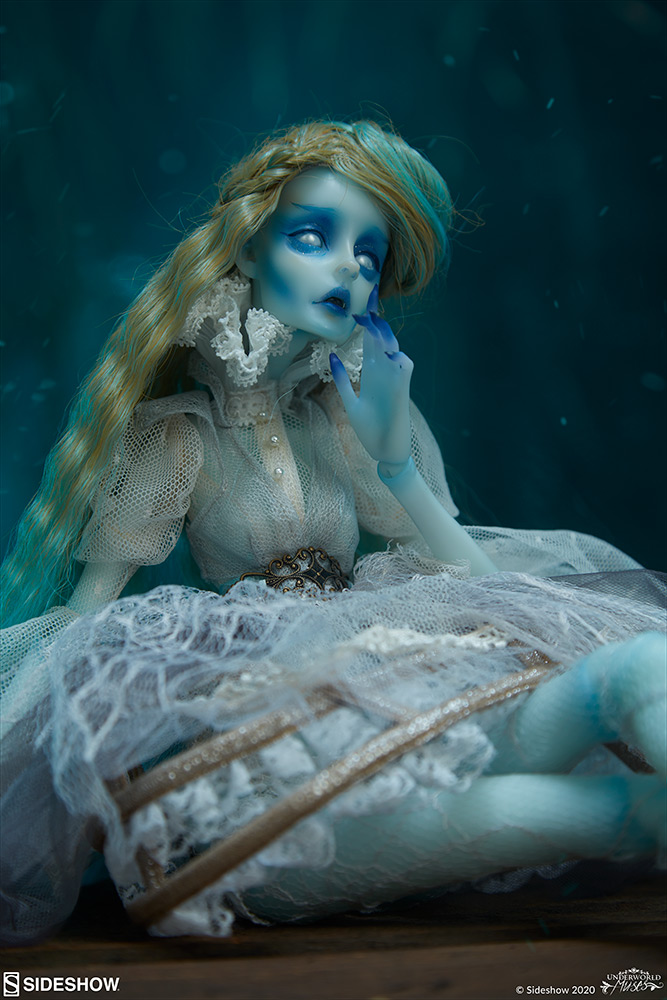 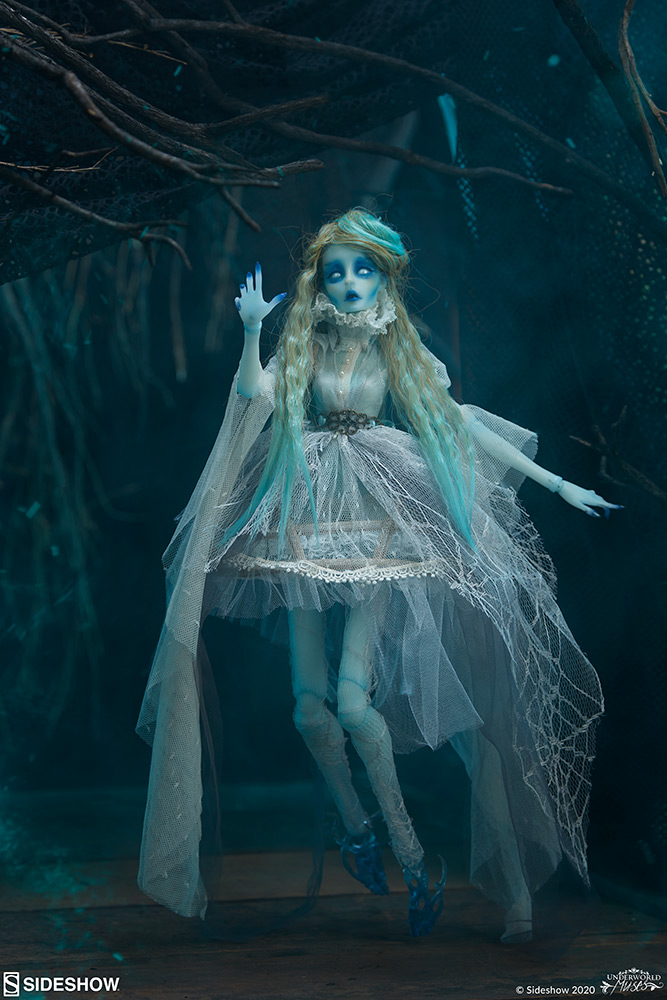 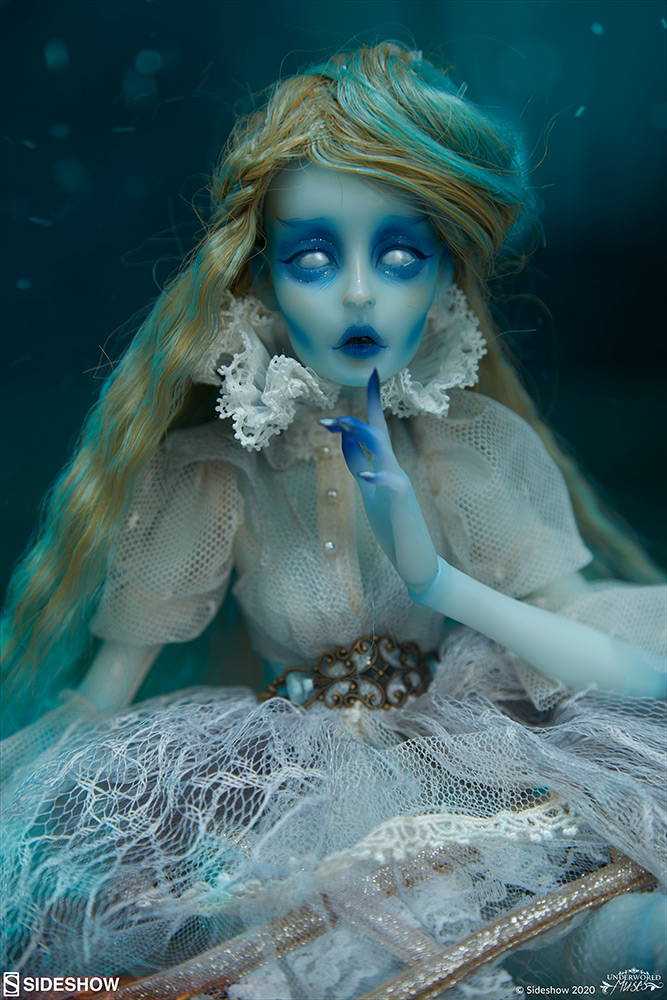 Get It Now
Calculating payments...
Members get $35.25 back. Earn 5% in Sideshow Rewards.
About

"I went away, deep inside my head, you see? That is where I always go, when I need to discover something I hadn't yet thought of as discoverable."

Sideshow presents the Muse of Spirit: Atelier Cryptus Doll, one of three all-new additions to our original Court of the Dead collection. Atelier Cryptus is the debut line of ball-jointed dolls offered by S Doll!

From deep within the Realm of True Spirit, the Muse of Spirit - Oriana - and her sisters, the Muse of Bone and the Muse of Flesh, emerged to provide hope and guidance to a fledgling Death, long before he established the Underworld and its capitol city of Illverness.

An inherently whimsical and wild being, the Muse of Spirit is always meditating, pondering her place in the cosmos and the impact of her sisterhood upon the world around her. Oriana believes in the connection of all things; for her, existence itself is a power so enchanting it could wake the dead (and in the Underworld, it often does!).

"We wanted to keep her light and airy to give her a sense of weightlessness," says Esther Skandunas, Costume Fabrication Artist. "She is not weighed down by the flesh of her body, or the structure of her bones as the other Muses are. Her color pallet is very pale, as if she is drained of color. Her fabrics are mostly sheer and almost weightless. The pannier structure beneath the skirt of the dress allows extra play with the skirts of her dress. You can drape them back over the cage to reveal more of the cage of the pannier structure, which also reveals her dainty undergarments."

With pearl-like eyes and a slightly open mouth, The Muse of Spirit appears offbeat and interested in the beyond. The only Muse lacking shoes, her feet are instead adorned with wisps of etherea, wrapping around her toes and up her ankles. Uniquely creepy, this intricate creature is the Spirit Faction incarnate: sagacious, eccentric, enlightened.

Celebrate your allegiance to the Alltaker's virtuous purpose with the Muse of Spirit - there is no better way to declare loyalty to the Dark Shepherd and his rebellion than with the sisterhood that helped to pave Death's path: The Underworld Muses. 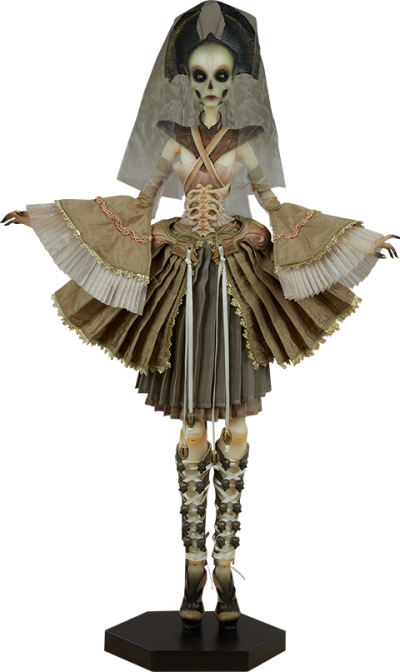 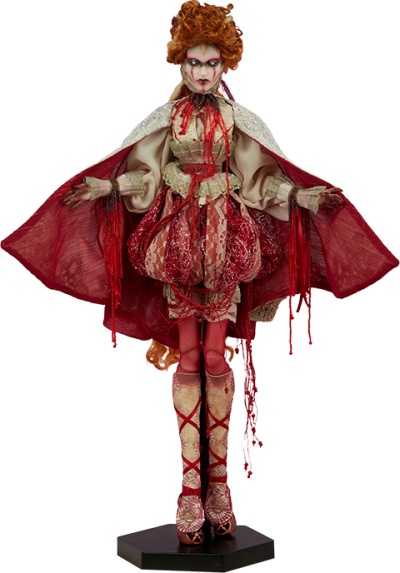 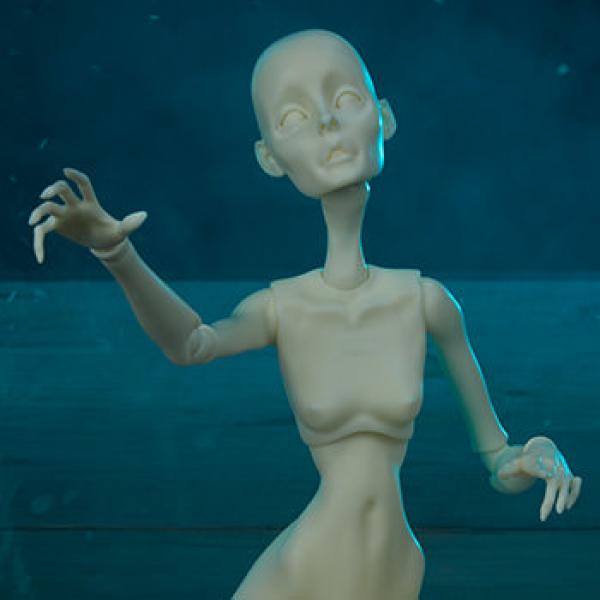 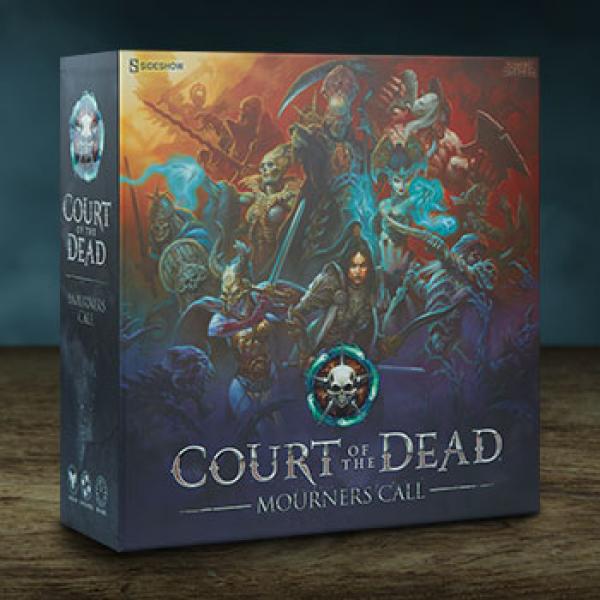 Court of the Dead Mourner's Call Game
Board Game
$99.95 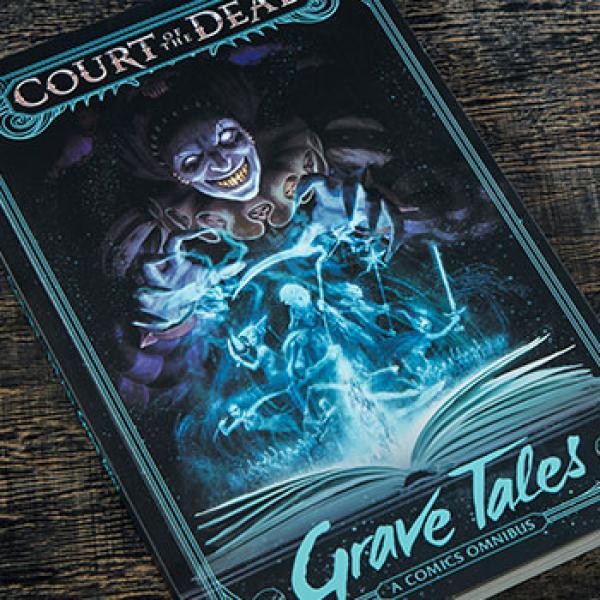 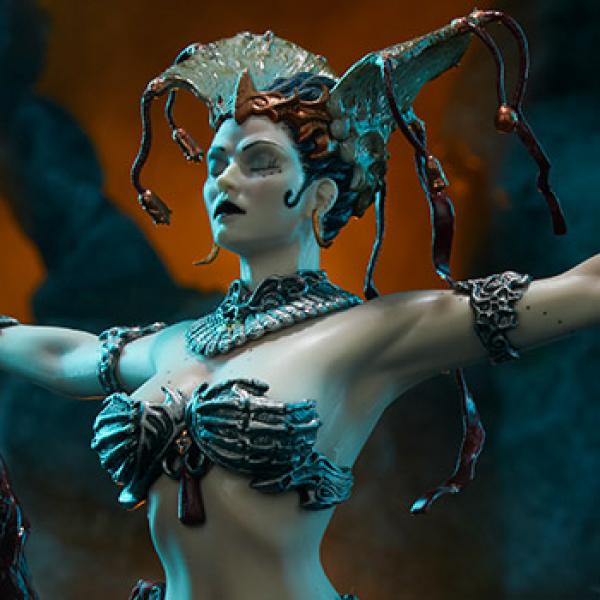