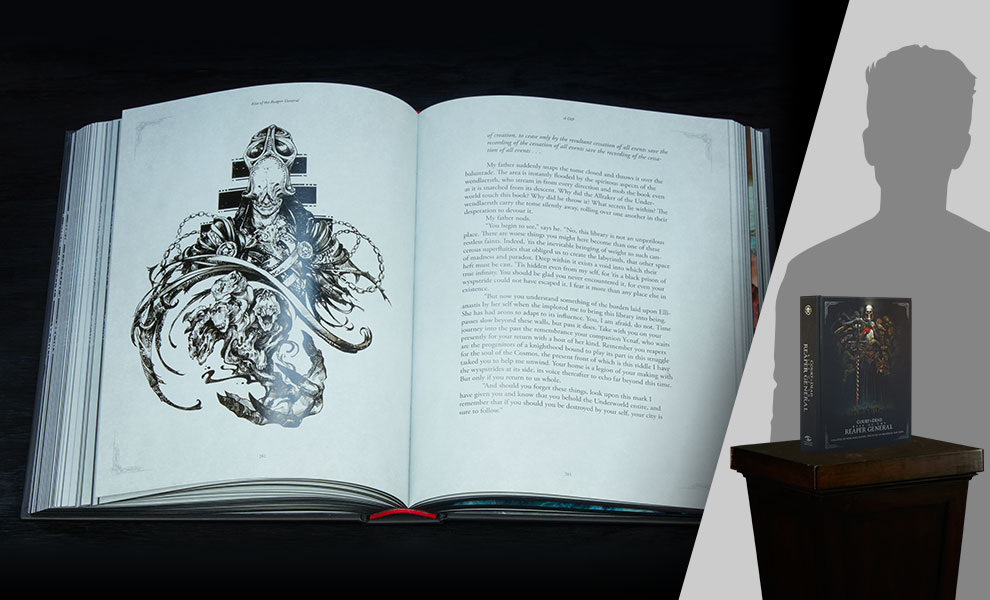 Court of the Dead: Rise of the Reaper General 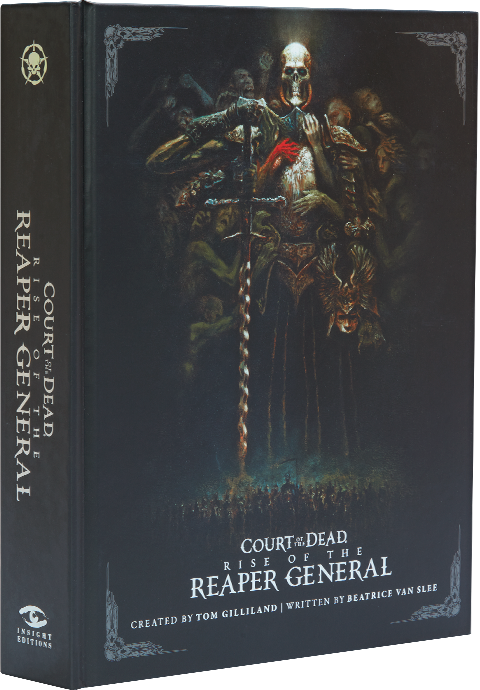 A nameless shadow encroaches at the fringes of the Underworld. Beneath the citadel of Daer-Gholl, Death perceives.

The wrath of the baels is awakened.

Empowered by souls taken from the Mortal Realm, Death bids his scions of Flesh, Bone, and Spirit to fashion for him an army of the undead — one hundred arcane warrior reapers, each singularly gifted and compelled by loyalty and familial bond to stand in defense of their realm.

Among them rises a leader, Demithyle of the Mortis Knights, whose gift of inward sight presents him with whispers of wisdom gathered from many mortal lifetimes — if only he might learn to grasp them. But even as the Nameless drive the scourge of their bael reiver hordes ever closer to the city, devouring all in their path, Demithyle finds himself displaced from both the army that calls him captain and the city he has only begun to call home.

Alternately aided and thwarted by myriad otherworldly beings, Demithyle must navigate places of dark and eerie mysticism, of love and perilous wonder lain before him on his quest to reclaim his duty. All the while, within him an ever more intimate knowledge of mortalkind grows, shaping him toward spiritual contention with his father — Death, the Alltaker of souls.

Ultimately faced with a final, terrible confrontation with the ravenous bael reiver hordes, the Reaper General must reconcile the tumult of his existence: To create. To destroy. To become. To rise.

The Court of the Dead Rise of the Reaper General Illustrated Novel features:

This is such a beautifully crafted book! I can’t explain how surprised I was a the detail that is depicted in the illustrations let alone the story that is being told. As with the other books, this adds more depth to my Court of the Dead Collection.

5
Court of the Dead: Rise of the Reaper General Book 1 5

Tabletop View — Court of the Dead: Rise of the Reaper General Book