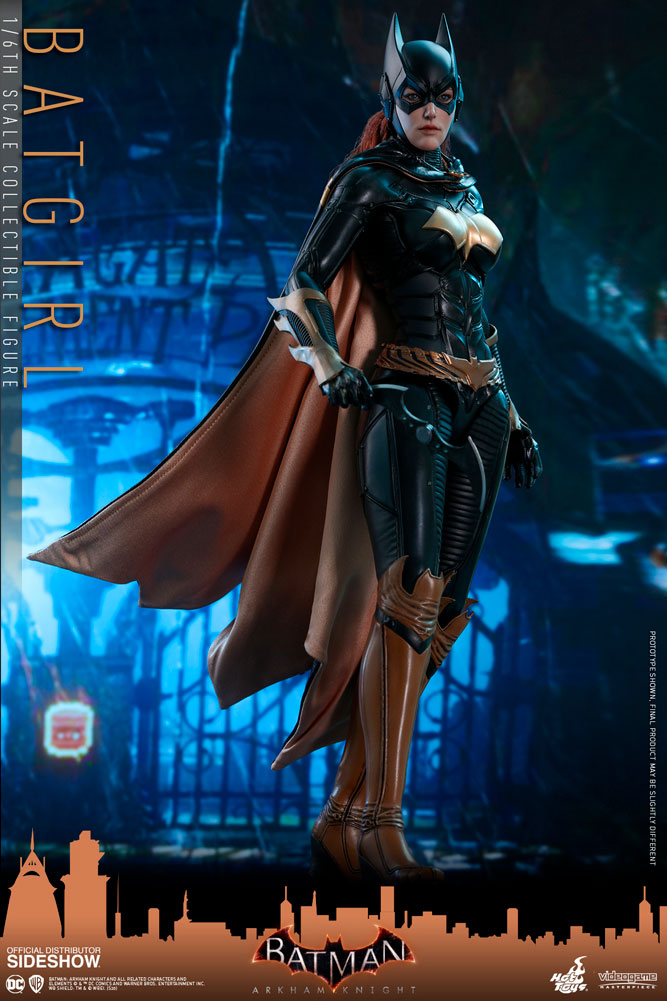 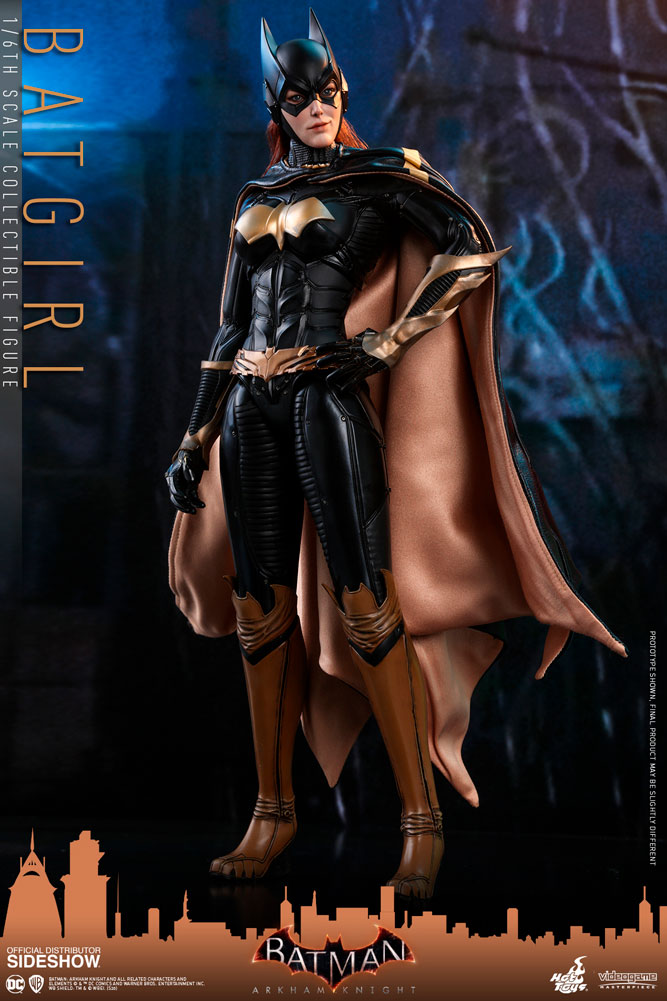 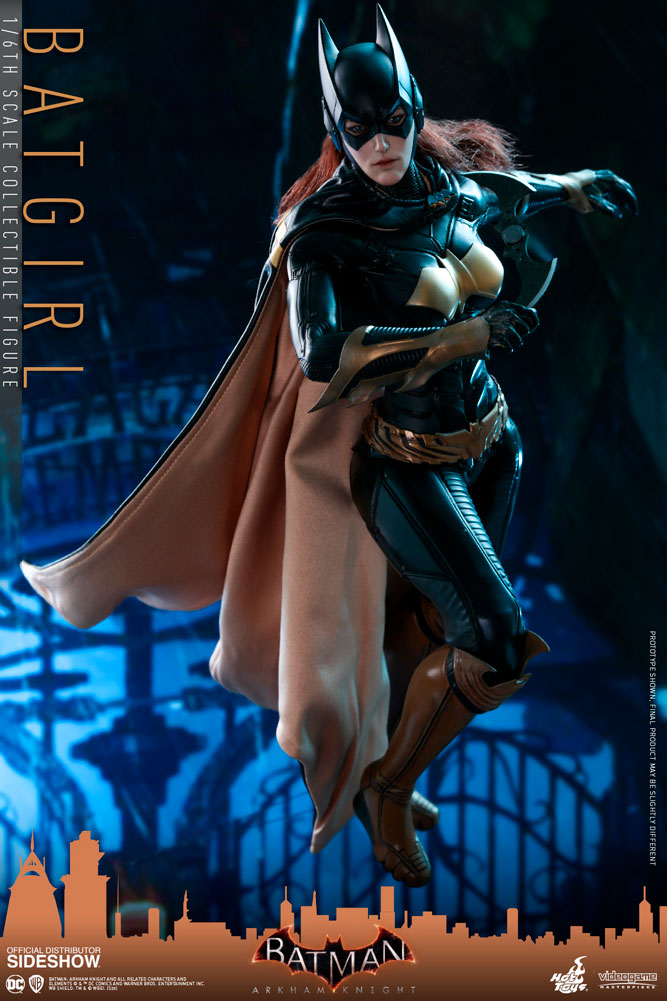 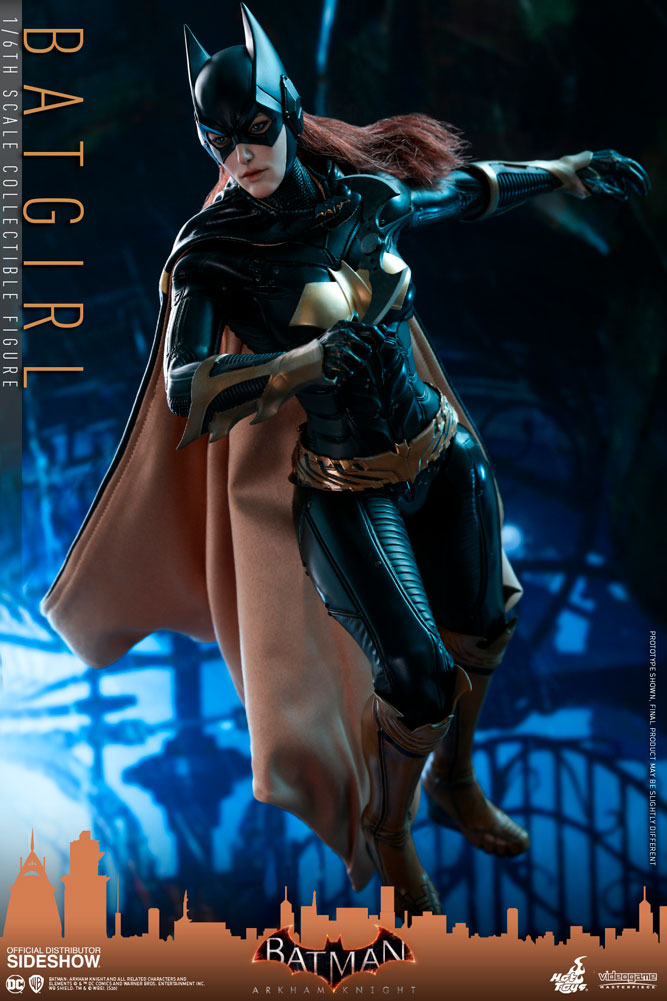 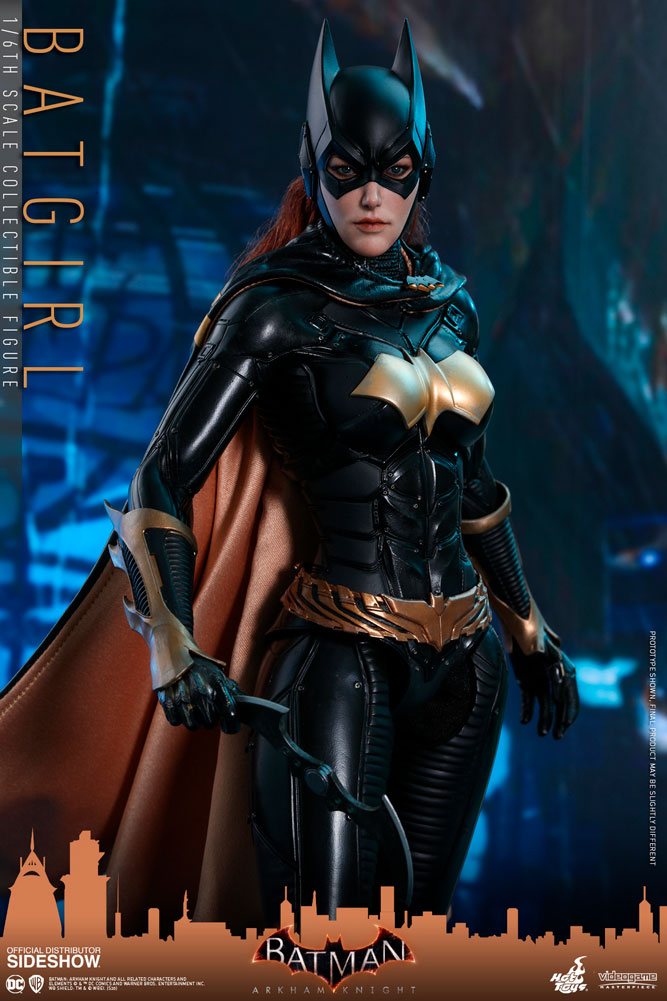 “Joker’s got my father.”

With the fame of the Batman Arkham video game series continues to spread globally, some of the iconic characters from Batman: Arkham Knight have gained immense popularity. To keep up the momentum, Hot Toys presents Batgirl from one of the downloadable episodes A Matter of Family. Determined to save her father from The Joker, Babara Gordon, a.k.a. Batgirl has to battle against the Joker along with Robin. Highly sought after by “Bats” fans, here comes the Batgirl Sixth Scale Collectible Figure.

Beautifully crafted based on Batgirl’s appearance in the video game, the Batgirl Sixth Scale Figure features a newly developed masked head sculpt with long light brown real fabric hair, a newly developed body tailored for Batgirl, a sophisticated tailored Batsuit with gold color Bat logo on the chest as well as light copper-colored armor on arms, a light copper color belt, an array of Bat gadgets including grapnel gun with Batclaw, Batarangs and a Remote Hacking Device. Last but not least, the DC figure also comes with a specially designed figure stand with game logo and backdrop.

Dress your shelf with this brilliant Batgirl collectible and place it along with the Arkham game series now!

Great rendition of Barbara Gordon as Batgirl with a ton of detail and more possibility than most Hot Toys figures I own.

Everything about this figure is superb from the rooted hair to the suit material the paint apps is just on point. Hot Toys keep doing your thing and for Sideshow Collectibles the delivering speed status was great it seemed like it only took like three or four days after you guys received it in your warehouse thank you much for the great service.