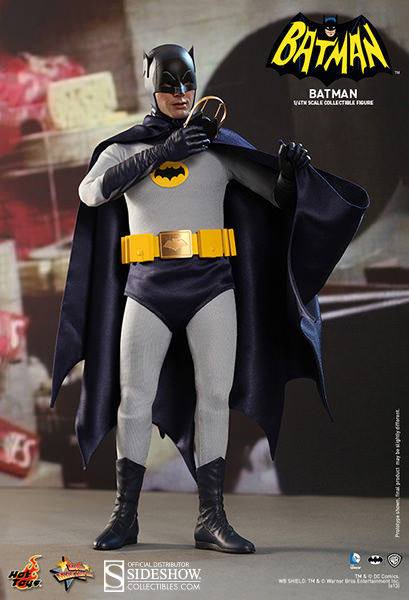 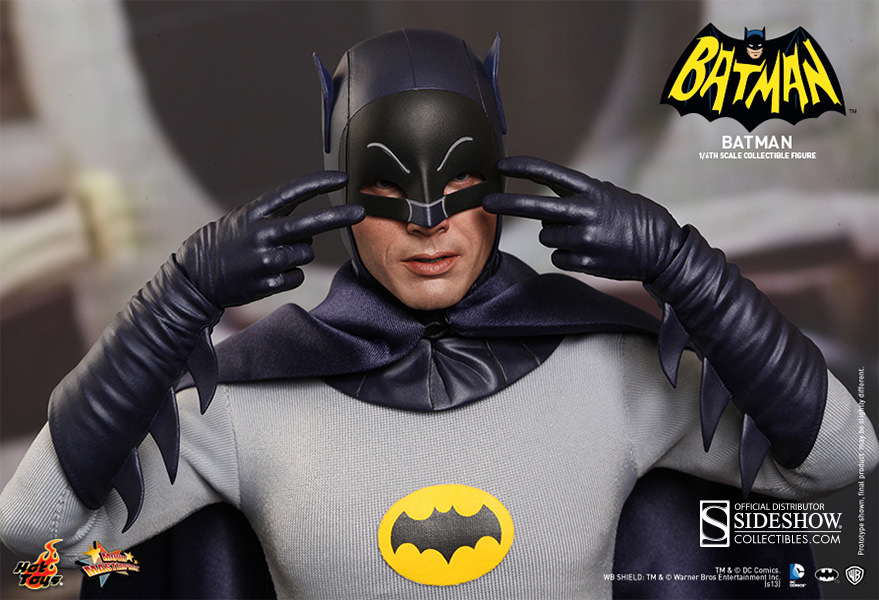 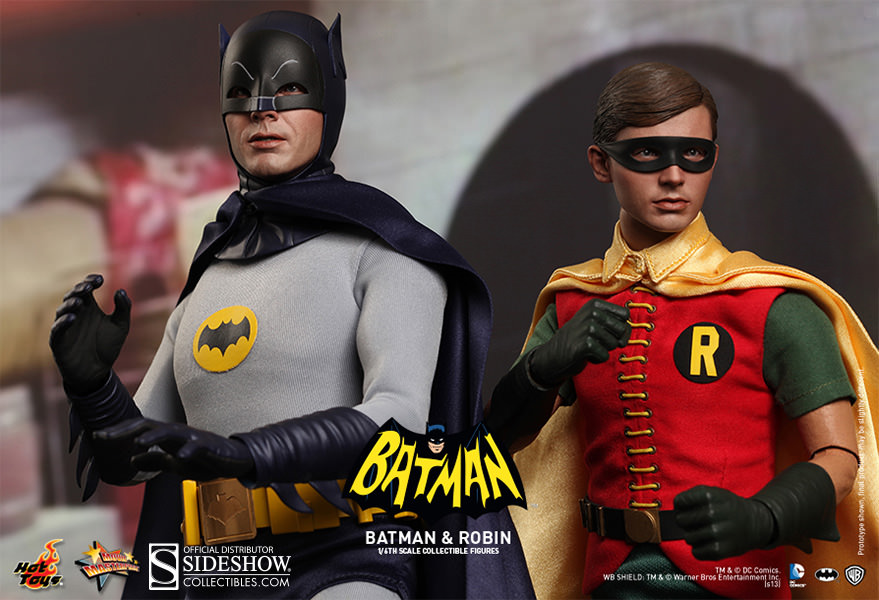 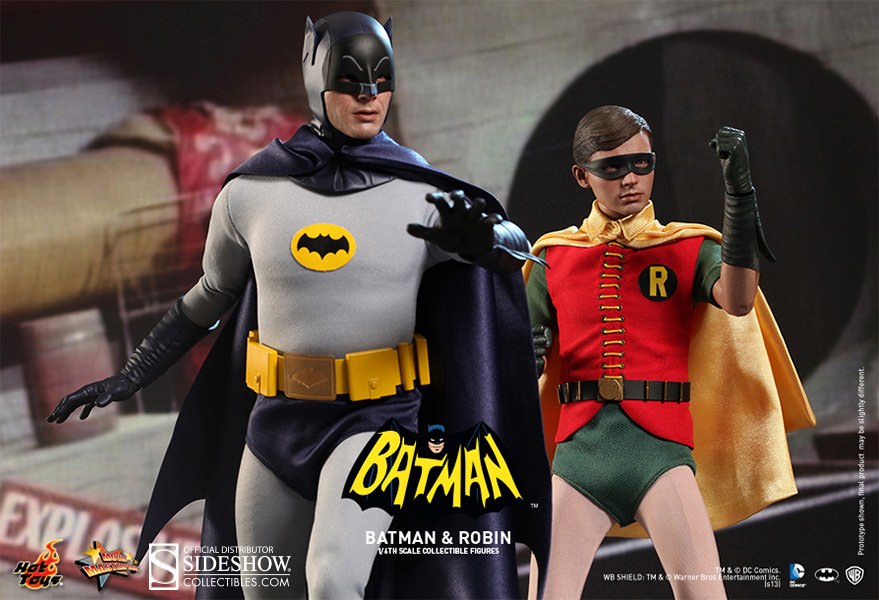 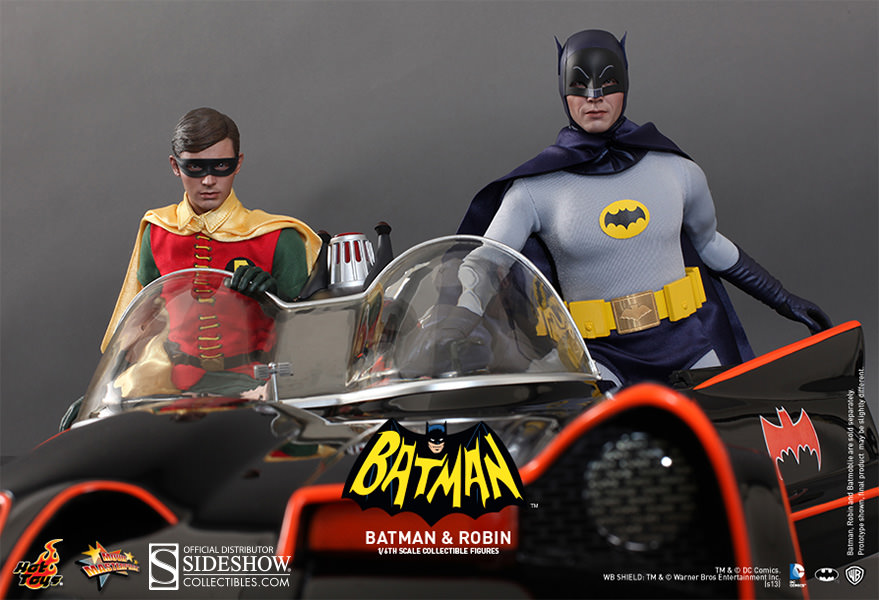 With its catchy opening song, campy costumes and lighthearted comical moments, the Batman 1960s Television Series is a beloved classic among Batman fans. Adam West has become synonymous with the crime fighting hero and to this day remains as one of fans' favorite actors to don the cape and cowl.

Sideshow Collectibles and Hot Toys are excited to introduce the Batman Sixth Scale Collectible Figure from the 1960s live action television series. The collectible figure is newly developed and highly detailed, specially crafted based on the image of Adam West as the iconic character Batman, featuring a screen-accurate masked head sculpt, specially made costume with Batman logo, weapons and accessories.

Perfection beyond believe. Love it!!! Now, where's the 1/6 Batmobile to go with it?

I just received this Classic Batman two days ago. He looks so life like that it is amazing. If you love Batman its a must buy to add to anyone's sixth scale collection. Great job Sideshow and thank you Olympic Cards and Comics for having this piece for me to buy.

Very accurate to the t.v. series, this batman figure, along with the robin I ordered him with, knocks it out of the park! Brings me back to weekends as a kid! Very articulated and comes with many accessories. Just waiting on the batmobile now hot toys. A must for any fan!

I just received Batman and Robin for Christmas. These two figures are great together. They look life like, its scary. If you love Batman its a must buy. Amazing figure. Great job side show.

Hot toys knocks it out the park again with this awesome figure. If you're a fan of Batman&Adam West this is the figure to add to your collection.