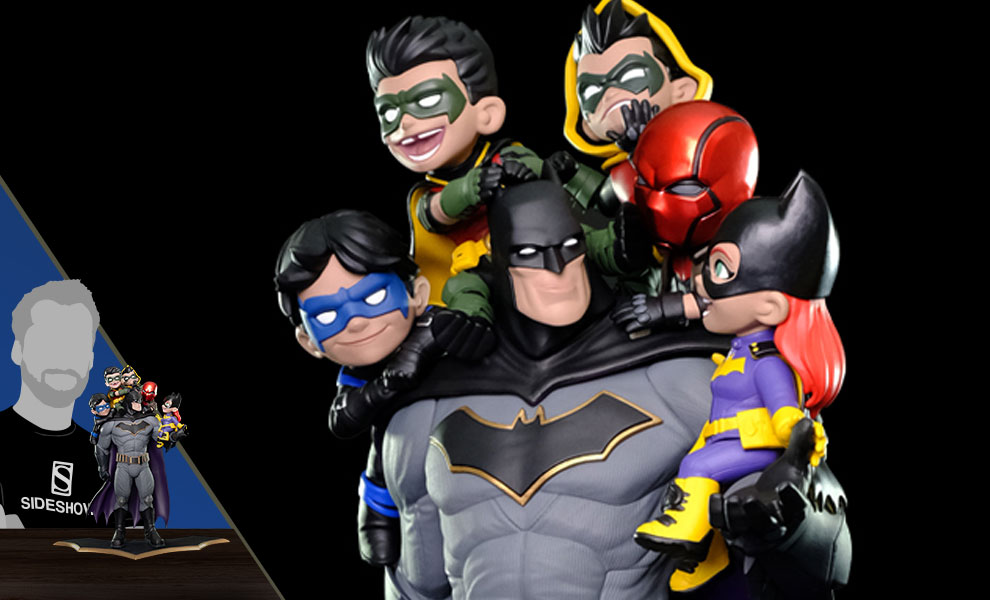 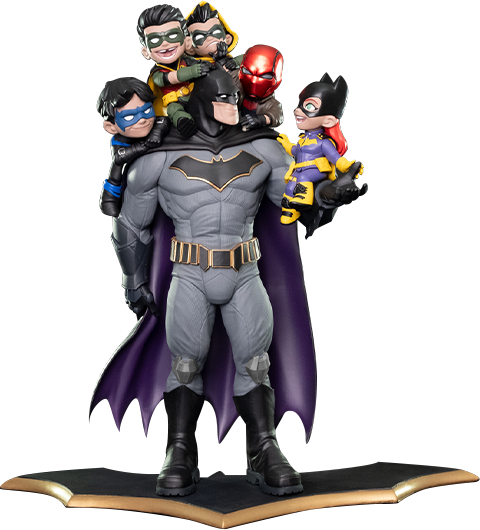 Batman, the ultimate loner, is paradoxically all about family. You can see it in everything he does, everything he is. The death of his family made him. He fights to make sure no one else ever has to suffer the loss of loved ones like he did. And despite his protests to the contrary, he is forever building a family around him.

That’s what QMx Creative Director Mohammad "Hawk" Haque endeavored to capture in this figure, titled simply “Family”. He wanted to explore this little discussed, key aspect of the Batman's character: That of a family man. The result is the biggest, most detailed figural diorama QMx has ever made, the first in a new series of large format dioramas called “Q-Master.” Family stands over 15 inches tall and has six different characters included in the diorama. It encompasses the entire history of Batman’s relationships in crime fighting, including all his various proteges.

Q-Master is an evolution of the Q-Fig style, mixing both super-deformed and realistic elements. But don't be fooled - those sidekicks may look like Q-Figs, but they're actually 50% bigger!

As with all Q-Master dioramas, Family is a limited edition figure and will come with a numbered Certificate of Authenticity signed by its creator, Mohammad "Hawk" Haque. It will ship in a specially designed collectors box to perfectly protect the diorama. 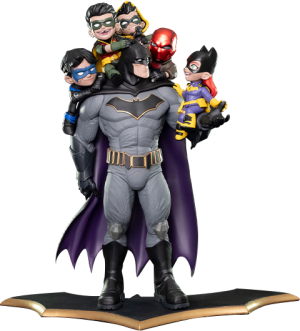