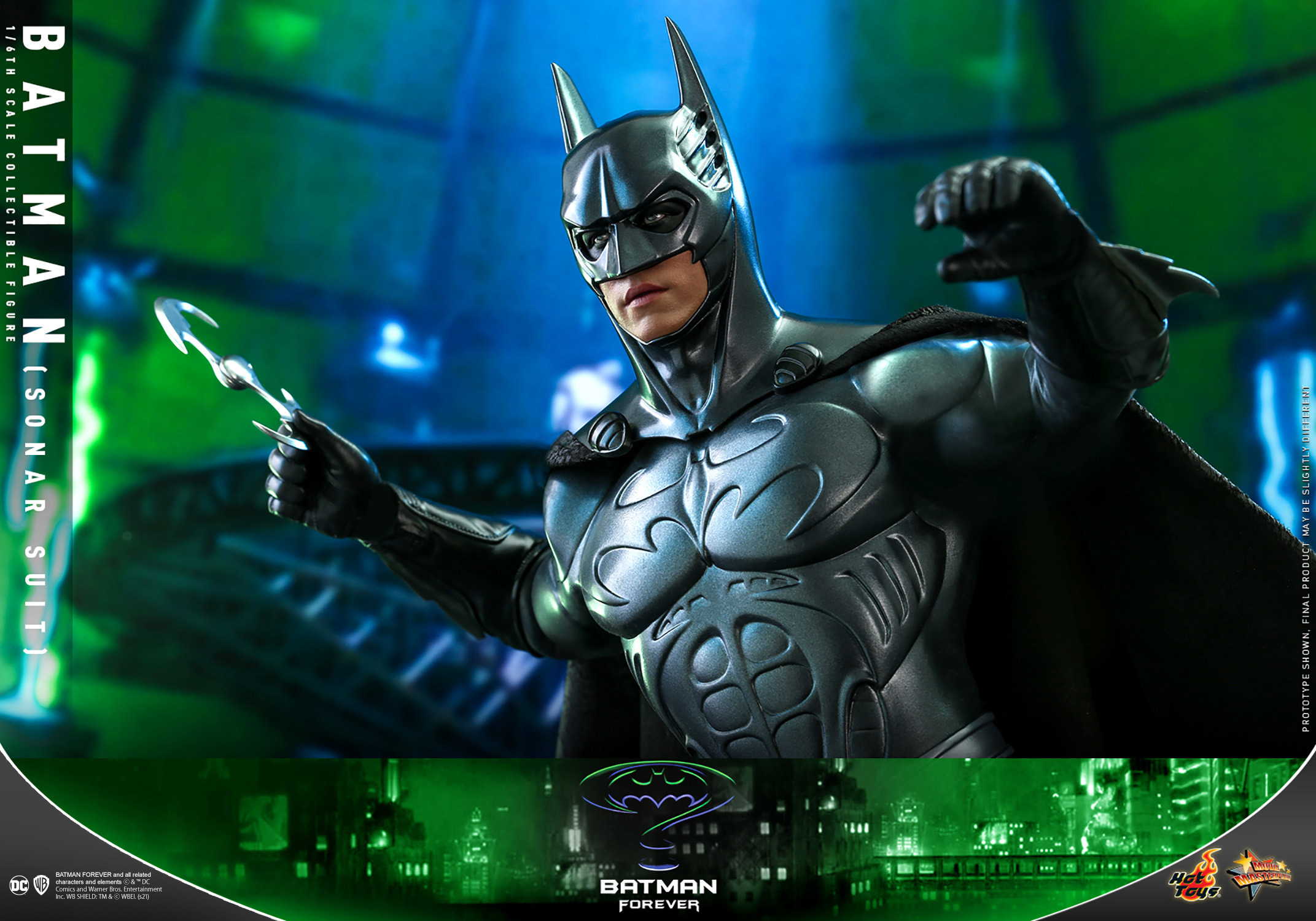 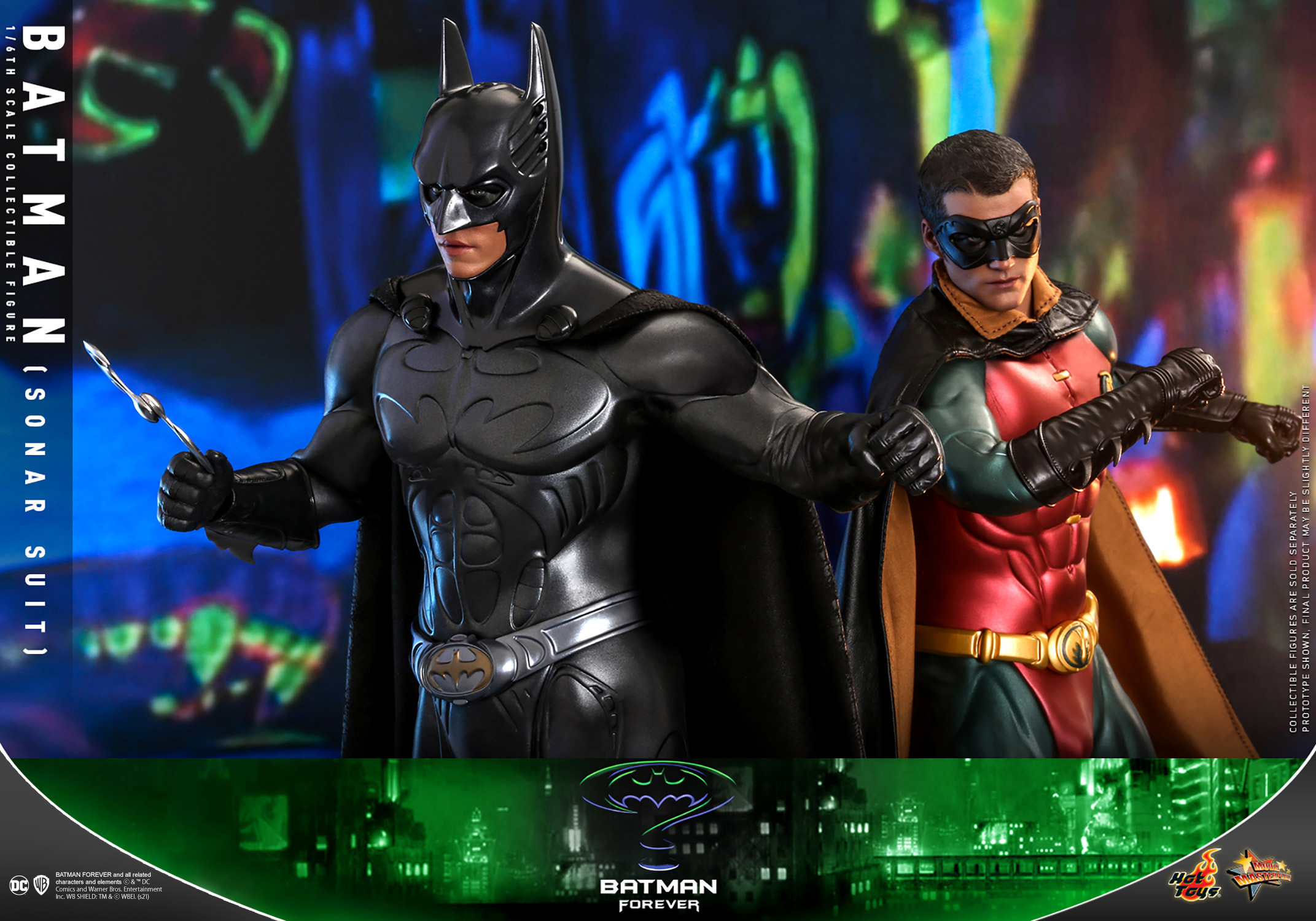 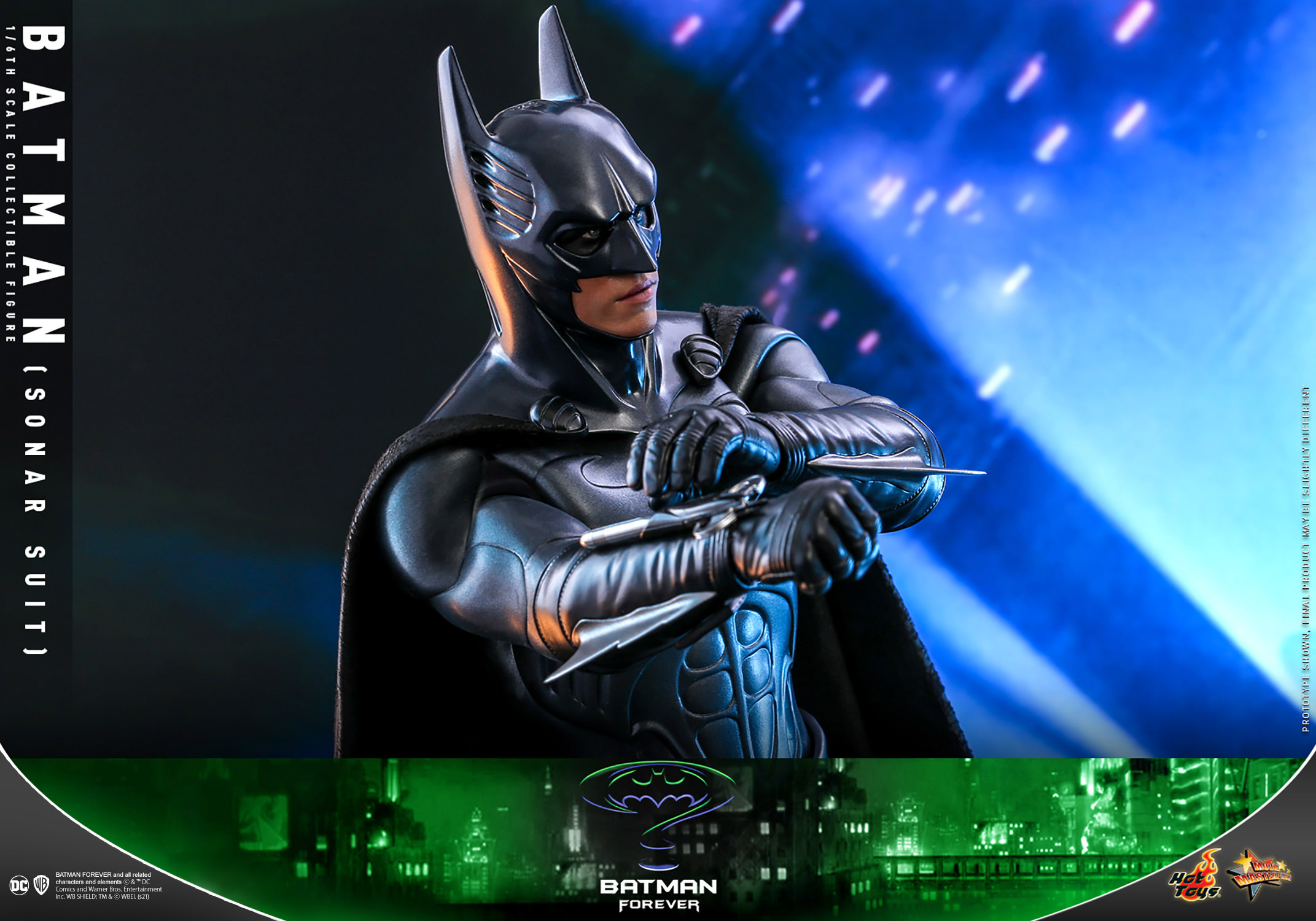 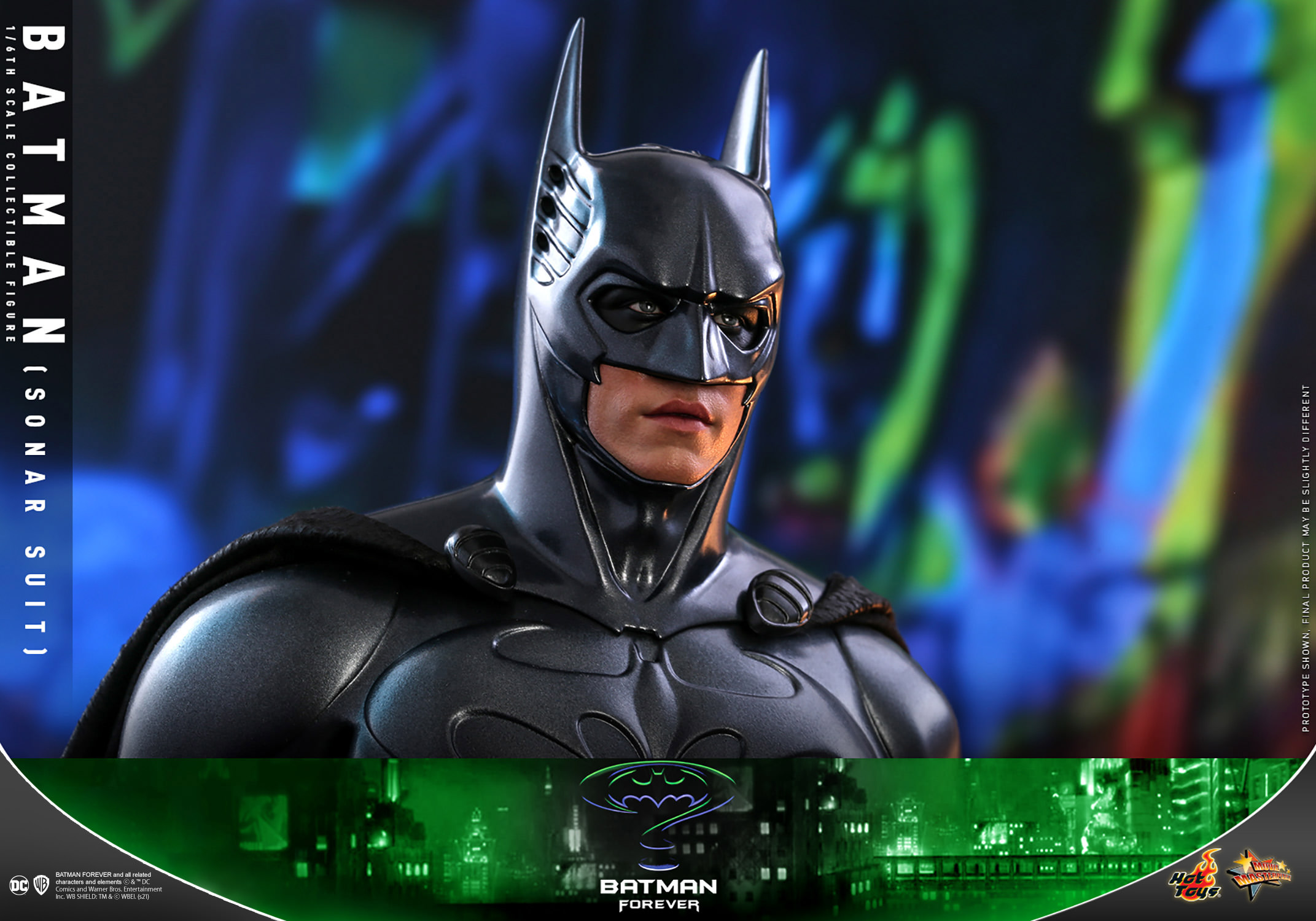 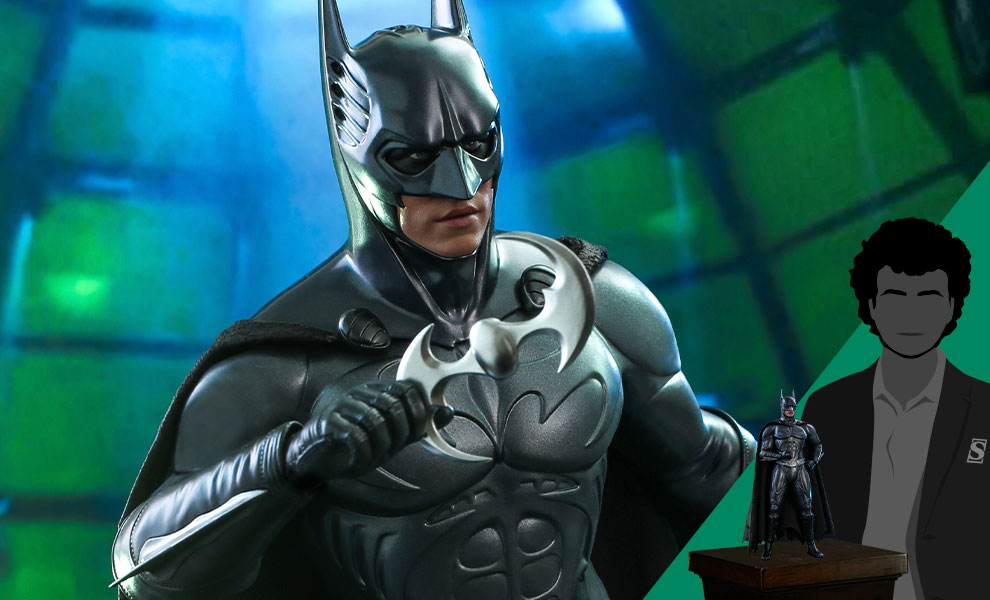 Spending countless years mastering martial arts, criminal science, and advanced gadgets engineering, Bruce Wayne has turned himself into a crime fighter second to none. To protect his privacy and strike fear into the hearts of criminals in Gotham City, Wayne came up with Batman. Equipped with a cape and cowl and unique fighting devices, Batman set about the never-ending task of ridding Gotham City of crime.

The movie-accurate DC collectible figure is meticulously crafted based on the appearance of Batman, featuring a newly developed masked head sculpt with separate rolling eyeballs design, a skillfully tailored Sonar Batsuit and cape, detailed recreations of Batman’s gadgets and weapons including Sonic Batarang, underwater thruster, Batarang launcher, Batclamp launcher, plus a pair of Bat Sonar lenses, and finally a figure base with the film's logo.

Beautiful figure. Just need to be careful when it comes to posing due to the rubber material used for the suit.

So I was on my way leaving out the house to go to work and i receive a package. so on break I had to crack it open to see what he's all about and boy he does have a really Great presence. now I'm about to box him back up wait for Robin