Skip to main content
Let the Celebration continue! 🤩 Save Up to 20% on our best Star Wars items!
https://www.sideshow.com/collectibles/16624 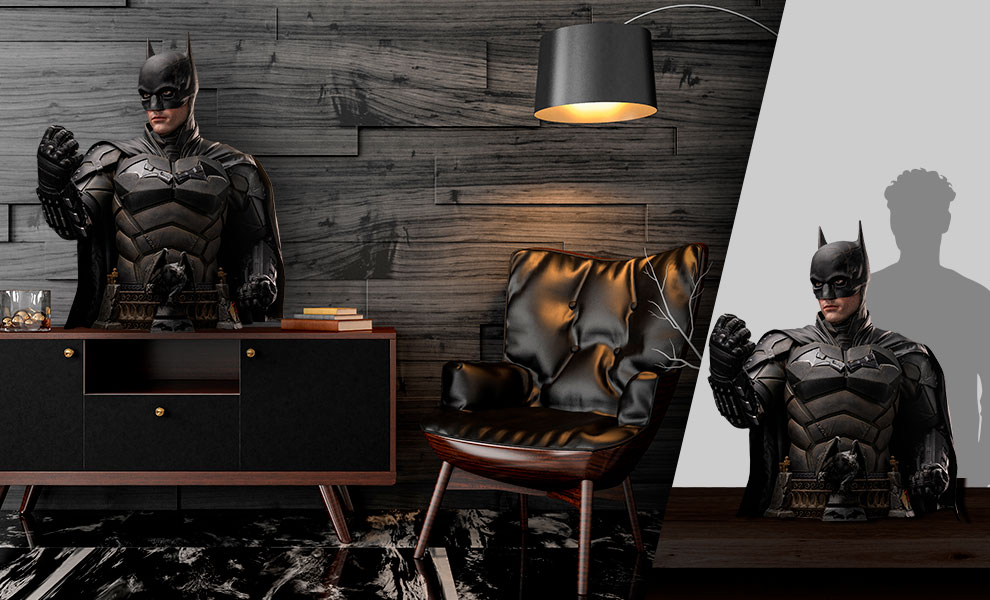 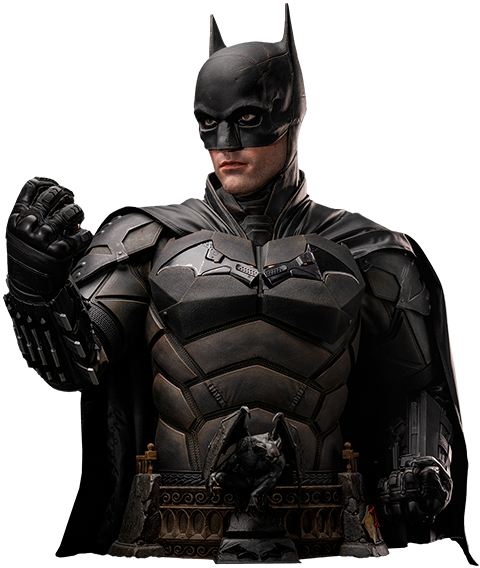 Bruce Wayne, portrayed by Robert Pattinson, becomes the underworld myth of Gotham and unleashes his wrath on every criminal in the city. For revenge, but also justice, as Batman himself said:

Based on the official images provided we have done our best to recreate the design of the suit and the appearance of the Batman from the DC Comics movie. With tactical armor, equipped with a hidden grappling gun, this version of Batman is aggressive but also defensive. The bat symbol that protrudes slightly outward on the chest is also very iconic.

The gesture is our original design, in which the batman is holding a piece of intel provided by the Riddler.

"What does a liar do when he's dead?"

The paper will have content. It can be taken out and viewed by collectors.

The base is shaped according to the official promotional materials and the elements previously revealed. In comparison with the righteous warrior, it carefully depicts the demon within him, and the fine line between good and evil.

The gargoyle figurine is magnetically attached to the main platform, which can be removed and displayed individually.

We utilized platinum-grade silicone and real leather, cloth, paper, etc. in order to achieve the best texture in this 1:1 life-size bust.

At the same time, the use of artificial eyes and rooted hair technology, makes Robert Pattinson's features and unique qualities stand out. 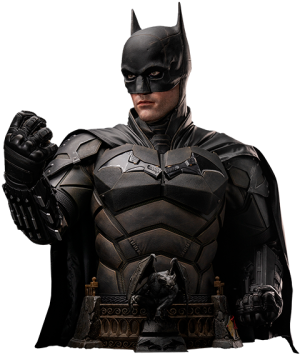