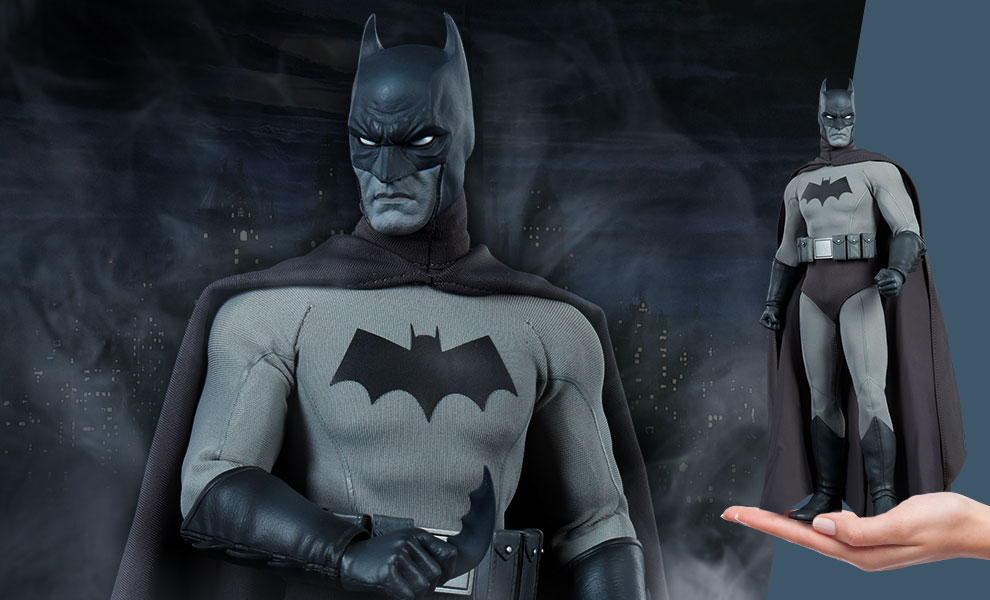 “My disguise must be able to strike terror into their hearts.  I must be a creature of the night…”

He has become one with the night. The Batman (Noir Version) Sixth Scale Figure is cloaked in a tailored fabric Batsuit that gives Bruce Wayne a unique monochromatic appearance. His costume features a grey undersuit with the bat-symbol on the chest, along with dark briefs and his signature bat wing cape. He also wears a pair of black sculpted boots and a pair of ridged gauntlets, along with a grey utility belt. Batman’s head sculpt is inspired by his comic book appearance, wearing a stylized cowl with white eyes creating the iconic silhouette of Gotham City’s vigilant defender.

The Batman (Noir Version) Sixth Scale Figure has a muscled body design, articulated for a variety of action-packed poses. Equipped with an arsenal of bat-gadgets, Batman comes with two styles of Batarang to hold, as well as three sets of sculpted hands, including right and left fists, batarang grips, and dynamic gesture hands.

Shine a light in the darkness and summon the Batman (Noir Version) Sixth Scale Figure to your DC display today!