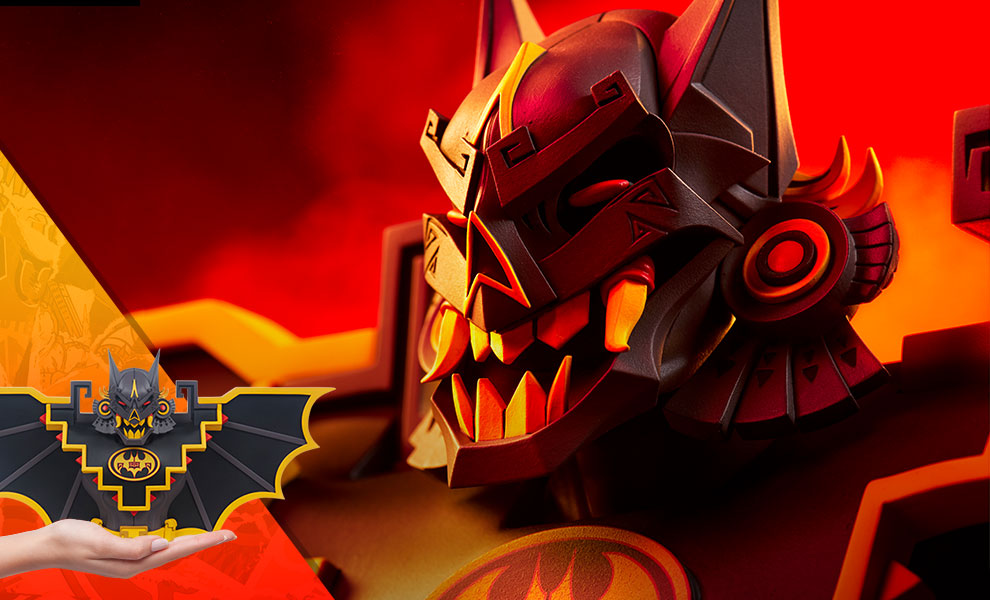 The graffiti stylings of Urban Aztec have hit the streets of Gotham City! From out of the shadows, the Batman Designer Collectible Toy by artist Jesse Hernandez reimagines the Dark Knight in a vibrant and stylish intersection of ancient culture and pop culture.

Artist Statement: It was an honor to design a new version of Batman. Reimagining the Dark Knight was epic! The silhouette pose represents the iconic bat symbol.

About the Artist: Jesse Hernandez (@UrbanAztec) is a visual artist born and raised in the San Francisco Bay area, most widely recognized for his street art murals, vinyl toys, and diverse Illustration work. His style is known as Urban Aztec, a combination of graffiti and ancient indigenous culture. Hernandez’s artwork has been featured by Warner Bros., the San Jose Sharks, the Oakland Museum, Rockstar energy drink, Rolling Stone magazine, Fandango, Juxtapoz, Gears of War 4, X-Box, Playstation, Run the Jewels, Oakland Athletics, and the Cosmopolitan Las Vegas. Hernandez has shown art in galleries and museums around the world. He has also painted murals in Oakland, San Francisco, Los Angeles, Mexico City and Amsterdam.