Skip to main content
The Celebration starts now! 🪐 Save Up to 20% on Star Wars items!
https://www.sideshow.com/collectibles/13590 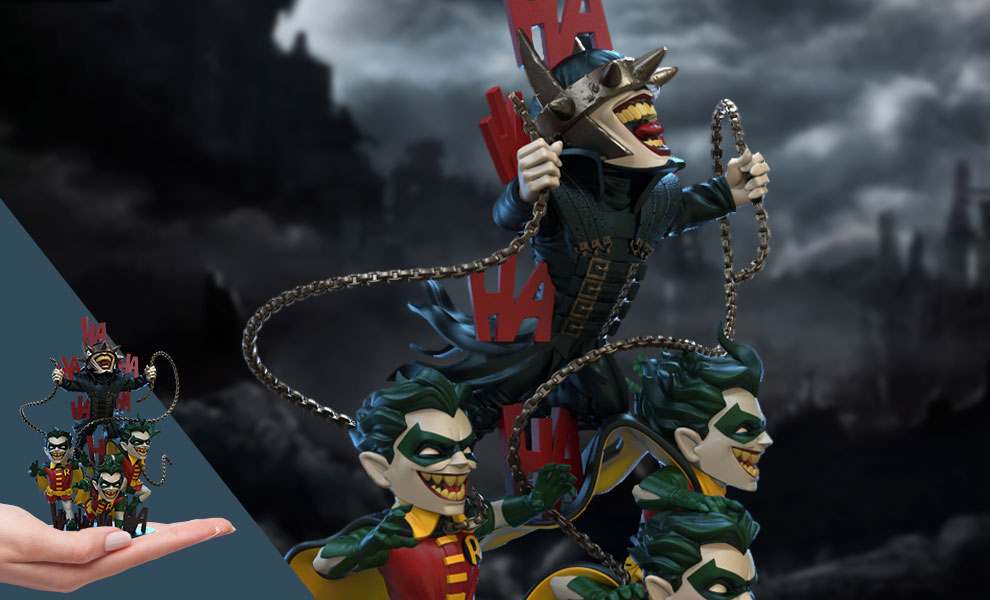 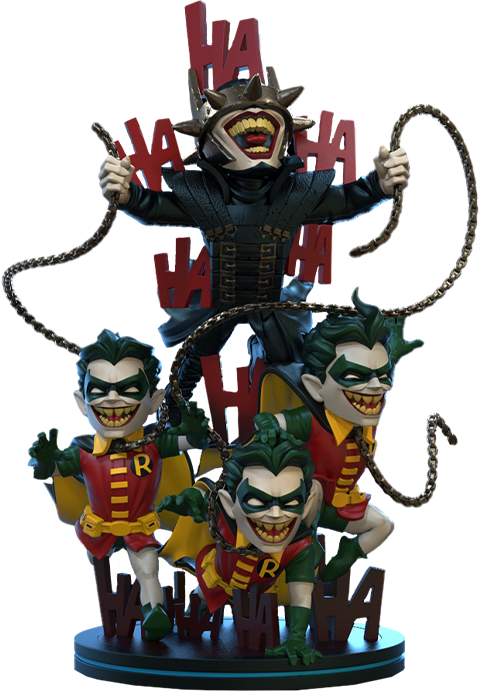 Stop Me If You’ve Heard This One…

What if Bruce Wayne was transformed by Joker toxin and lost the moral code that kept him… human? The answer to that question is here in the form of The Batman Who Laughs Q-Fig Max Elite.

Rising from the pages of DC’s Metal saga, The Batman Who Laughs was created by comic industry icons Scott Snyder and Greg Capullo (also the creators of The Last Knight on Earth). This warped version of Batman is a hybrid between the caped crusader and his arch-nemesis, The Joker. After turning his own son, Damian, into a mini-Joker, Batman forces other children exposed to the Joker toxin into service as his “Rabid Robins”. Plotting to take over Gotham, The Batman Who Laughs is the ultimate expression of the Joker’s evil genius and Batman’s physical and mental prowess.

The Batman Who Laughs Q-Fig Max Elite stands tall among other Batman collectibles: At approximately 6 inches high, this Q-Fig’s commanding presence will take center stage in any collection. Featuring the Batman Who Laughs and three Rabid Robins, the nefarious foursome are surrounded by the Joker’s unmistakable laughter and this Batman’s weapon of choice - a deadly metal chain. Batman’s horrifying metal crown empowers him with the ability to discover the fears of his victims, resting just above the gleeful grin once belonging to the clown prince of crime.

The Batman Who Laughs Q-Fig Max Elite features the detail, quality, and storytelling collectors have come to expect from QMx. Find the Batman of your dreams (or nightmares) this winter.