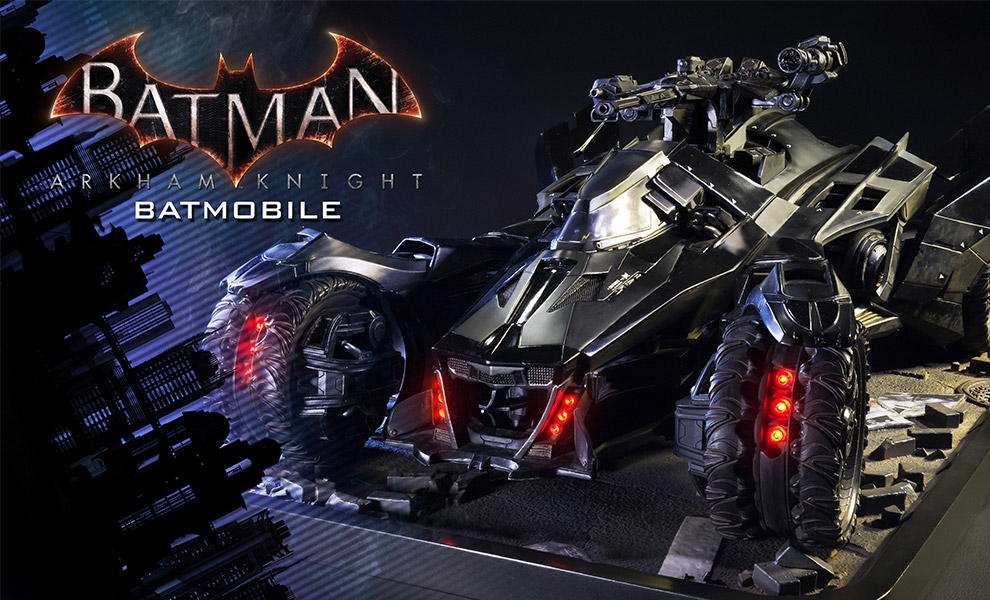 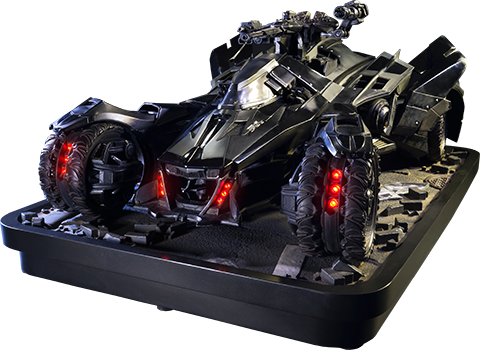 About This Polystone Diorama

Sideshow and Prime 1 Studio are proud to present the Batmobile from Batman: Arkham Knight. Designed by Batman, the Batmobile is a highly detailed vehicle that exceeds capabilities of any other on the road. Armored and outfitted with enhanced recon capabilities and weapons, this tank-like custom car is Batman’s main mode of transportation around Gotham City. This 1:10 scale polystone diorama features an LED light-up function.

Arkham Knight fans, don’t miss your chance to own the Batmobile!

I finally unboxed this beast! 😱 The Batmobile from the Batman Arkham Knight video game from Prime1 Studios!

First of all this thing weighs a ton, 100lbs to be exact! The base is 40lbs and the Batmobile itself is 60lbs.. insanity! It took me an hour to put this thing together and find the space for it. Omg! It’s massively huge and very heavy to move. It also has a LED light up function for both the front and back lights of the Batmobile which you can turn on with a Batman remote controller! 😆😁 Only 500 of these are made and it’s already sold out! I got edition # 122 / 500 which is good because the lower the edition number the more resale value it has, but I’ll never sell mine because I’m just a huge Batman fan!
Thanks to Sideshow for delivering another amazing piece to my collection! And a shout out to Prime1 Studios for creating a masterpiece!

On a side note here: The Batmobile doesn’t come with batteries 🔋 only the remote does which is a CR2025 button cell battery.. in the assembly instructions it tells you to install the R14 C batteries.. that’s wrong because it’s not those you need I don’t understand how they told you to install the wrong sized batteries.. anyways 😑 What you need is 2 of the D batteries that are R20, the big giant size ones. They’re cheap and you can get them for under $10. And on another side note: Install the batteries before you put this Batmobile together, trust me it’ll be a lot easier and not having to risk breaking something off.

Prime 1 Studio's Batmobile is a MASTERPIECE and I can't wait to pair it with the BVS Batmobile. My Batman Collection is PRIME TIME!!! 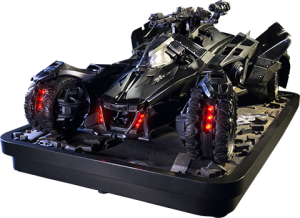