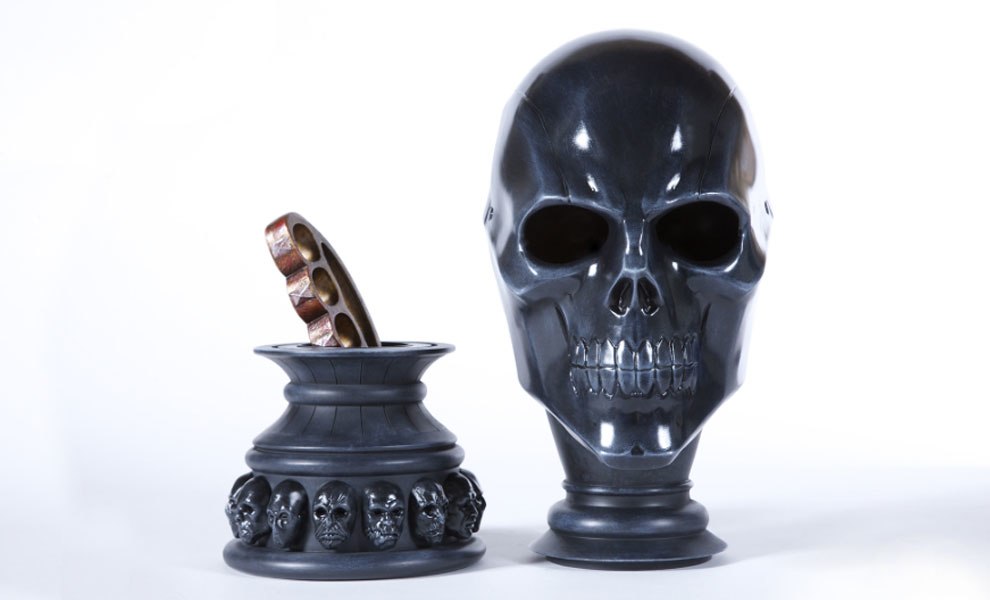 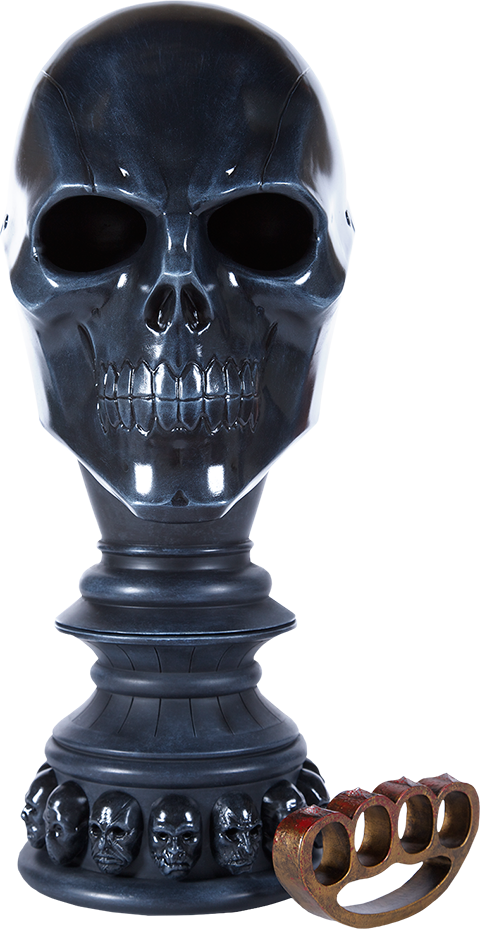 Roman Sionis is one of Gotham's most powerful crime lords, though thus far he has managed to avoid conviction. He maintains several legitimate businesses - though many are believed to be fronts for illegal operations.

Notable businesses in his portfolio include: Janus Cosmetics, Gotham Merchants Bank, and the now-defunct Sionis Steel Works. Sionis has been charged with embezzling city funds, murder, racketeering, distribution of illegal narcotics, and other offenses, but never convicted. Witnesses for the prosecution have been known to recant, die, or disappear. He owns half the police officers in Gotham along with several judges and city councilors. Those he can't buy, he intimidates with torture or eliminates.

Sideshow Collectibles and TriForce proudly present the Black Mask Arsenal Full Scale Replica from Batman: Arkham Origins. Masterfully sculpted and painted by the artisans at TriForce, the end result is the most authentic representation of Roman Sionis' namesake feature.

The Black Mask Arsenal Full Scale Replica is hand-finished and hand-painted to precision quality, intricately crafted and cast in polystone, and measures 18" tall.

Weighing in at 15 pounds and featuring Black Mask's signature knuckle dusters, fans shouldn't miss the chance to own this authentic piece of Batman video game history!

I just received this and I love it!! It's a start for our future Batman Evidence Room along with our other Sideshow pieces. The detail is amazing and it's true to size!!!