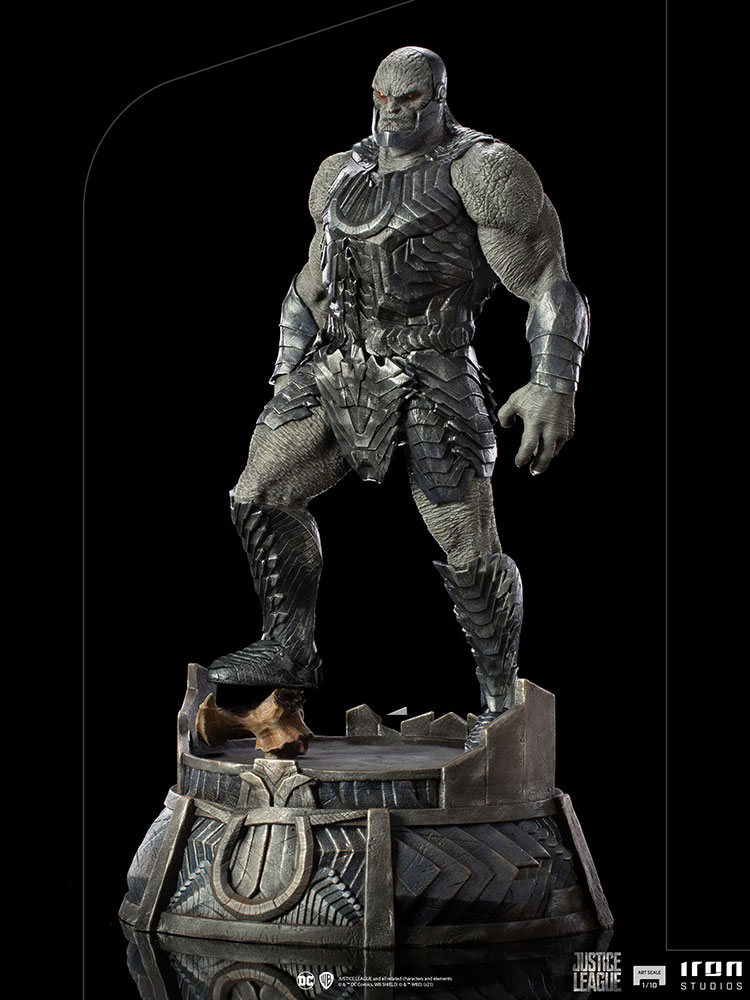 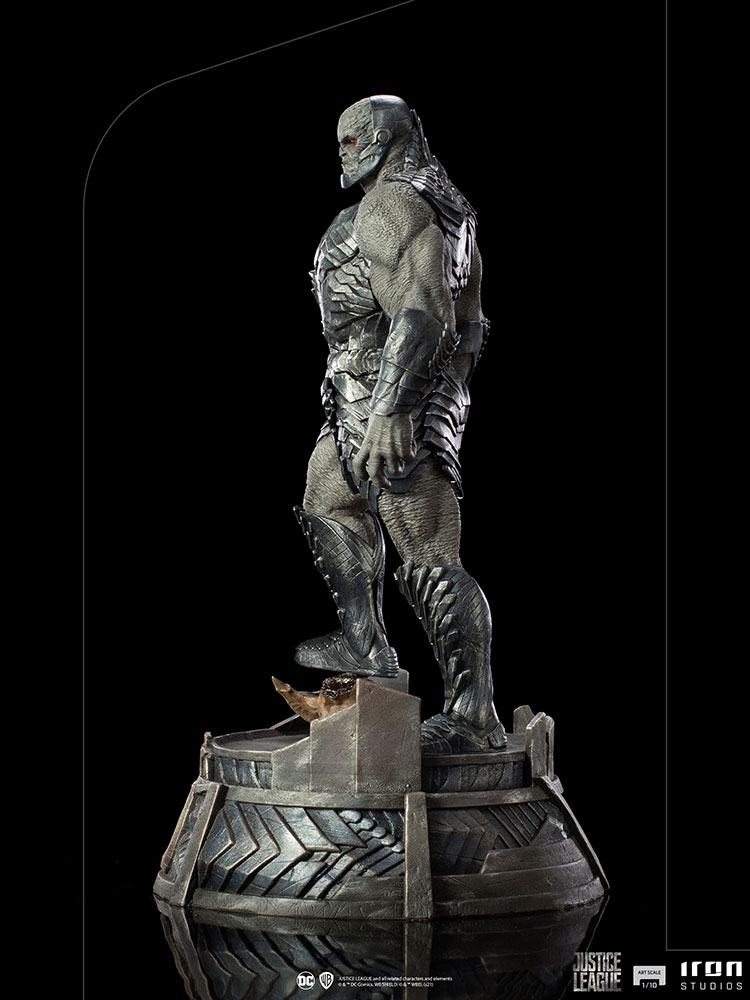 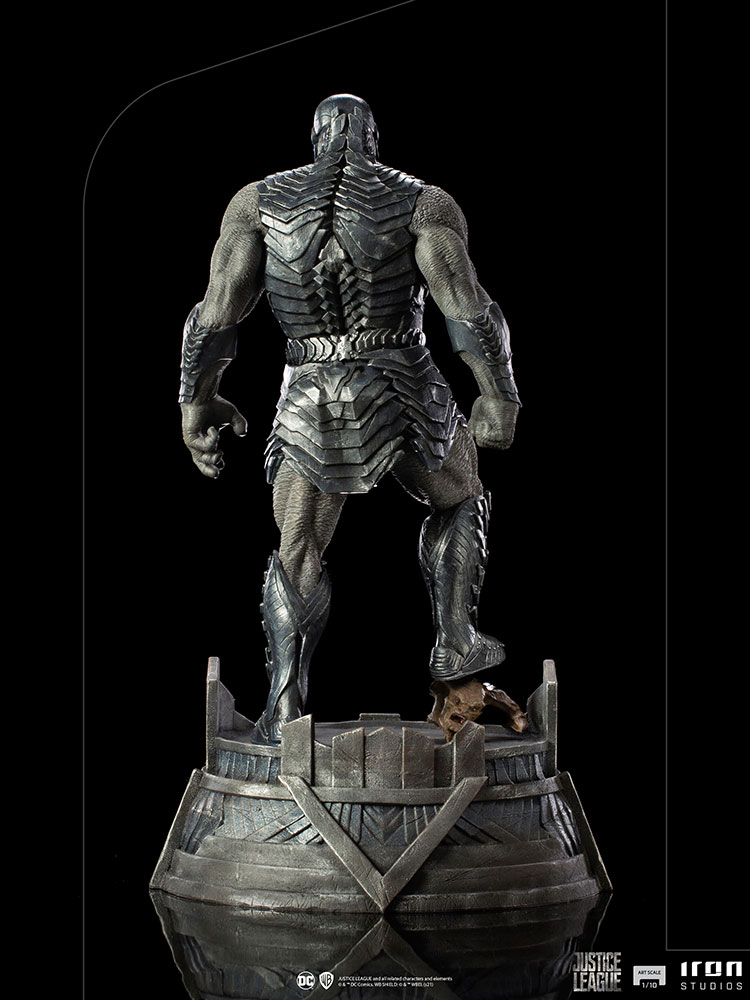 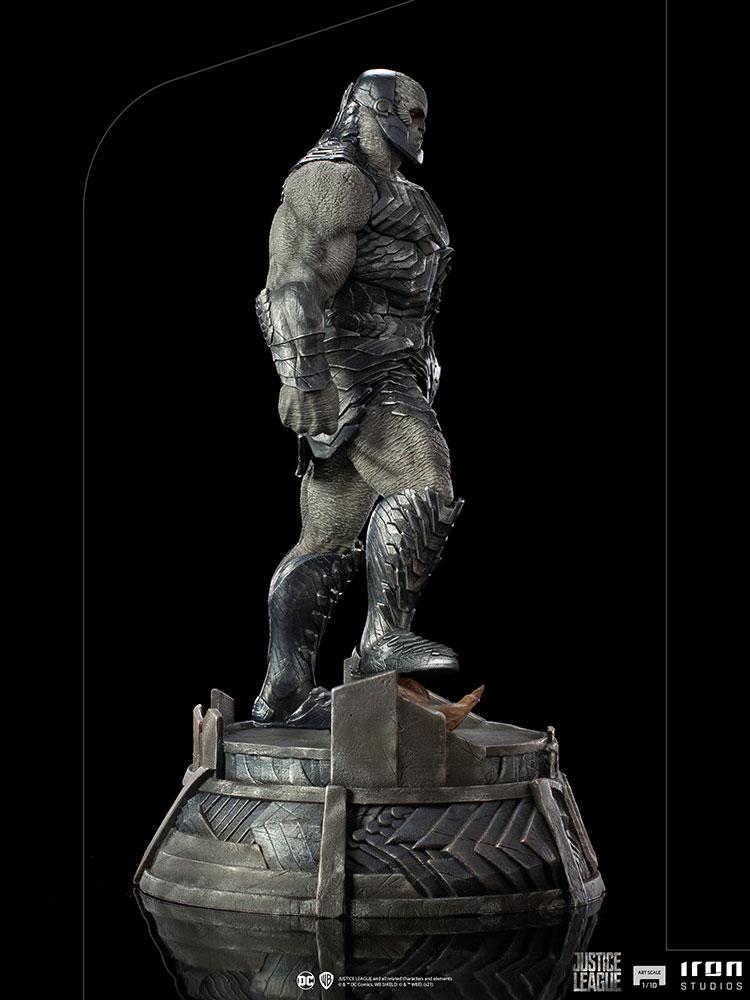 Feared in all universes, an ancient and almighty cosmic conqueror turns his sinister gaze against anyone who dares to defy his will. He is ready to fire his deadly Omega beams out of his eye with the power of destruction. With a stern countenance, this giant of the race known as the New Gods contemplates, through a dimensional portal, the members of the Justice League, who have repelled his army of Parademons. This army had been sent to take over Earth. On top of a base that resembles his palace, in the world he dominates, he stomps on the head of his defeated former herald, General Steppenwolf, fueling his fury and plotting his revenge against the heroes who destroyed his plans. Sideshow and Iron Studios proudly present the statue "Darkseid 1:10 Art Scale Statue - Zack Snyder's Justice League," the most malevolent villain in the DC universe, as well as the one featured in the movie Zack Snyder's Justice League.

Once known as Uxas, Lord Darkseid is a ruling tyrant of the extradimensional planet called Apokolips. He aims to dominate the entire multiverse by making use of the Anti-Life Equation, a transcendental mathematical formula that eradicates free will. By locating, in the past, the profane Equation on Earth, he brought his conquering forces through portals created by the so-called Mother Boxes, which are machines that can reorganize the matter of their masters at their will.

Defeated by an army created by the union of four races, Humans, Atlantians, Amazonians, and Ancient Gods, as well as with the help of the Green Lantern, Darkseid was forced to retreat, leaving behind his Mother Boxes. After Superman's death, the Mother Boxes awoke resulting in a second invasion attempt, this time through General Steppenwolf who was defeated by the Justice League, only amplifying Darkseid's desire for Earth even more, as it is the only world that resisted his attempts at conquest. Created in the comics by the legendary Jack Kirby, Darkseid's debut was in Superman's Pal, Jimmy Olsen #134 in 1970.

JUSTICE LEAGUE and all related characters and elements © and ™ DC Comics. WB SHIELD: © and ™ WBEI. (s21) 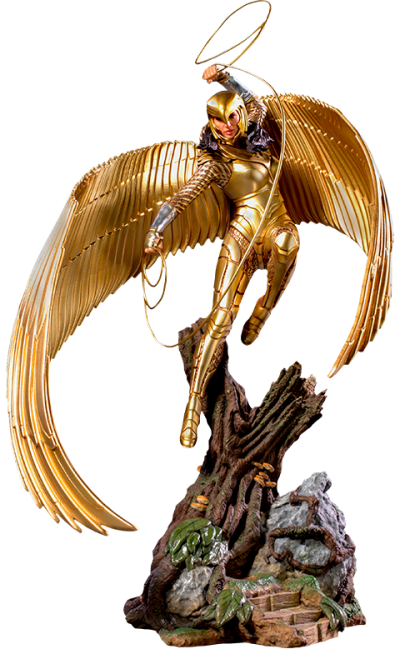 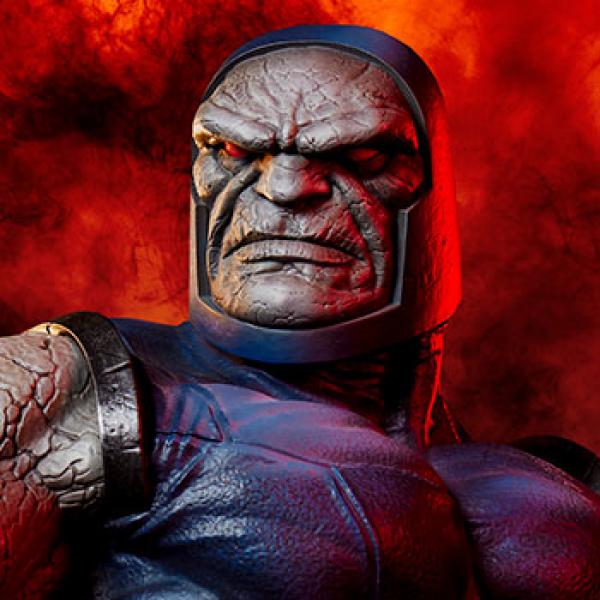 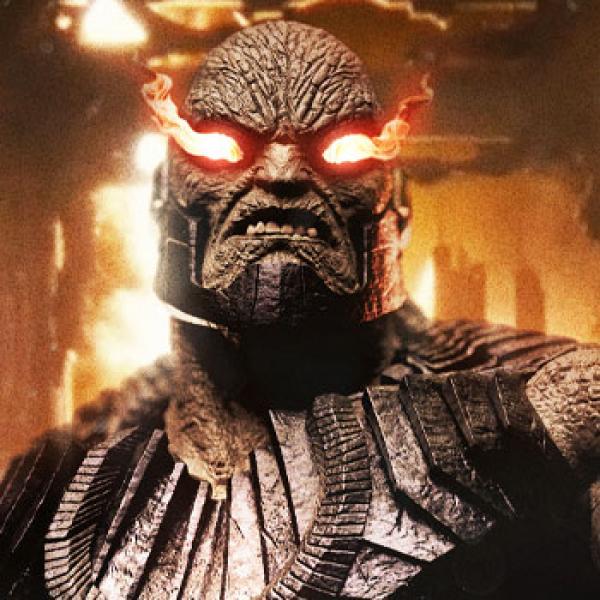 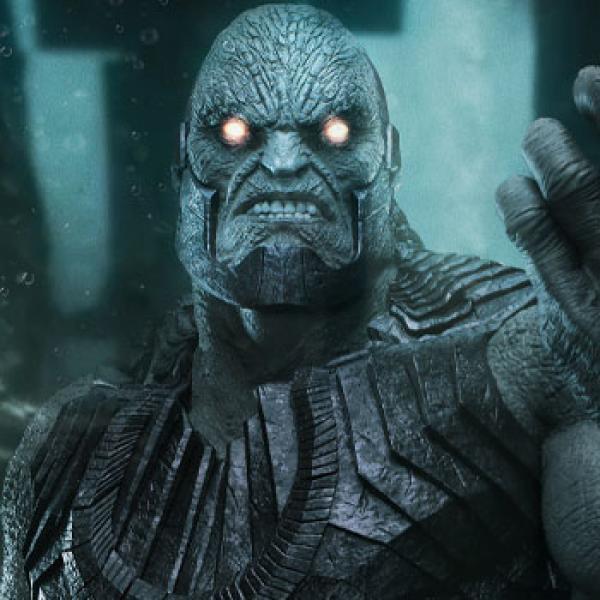