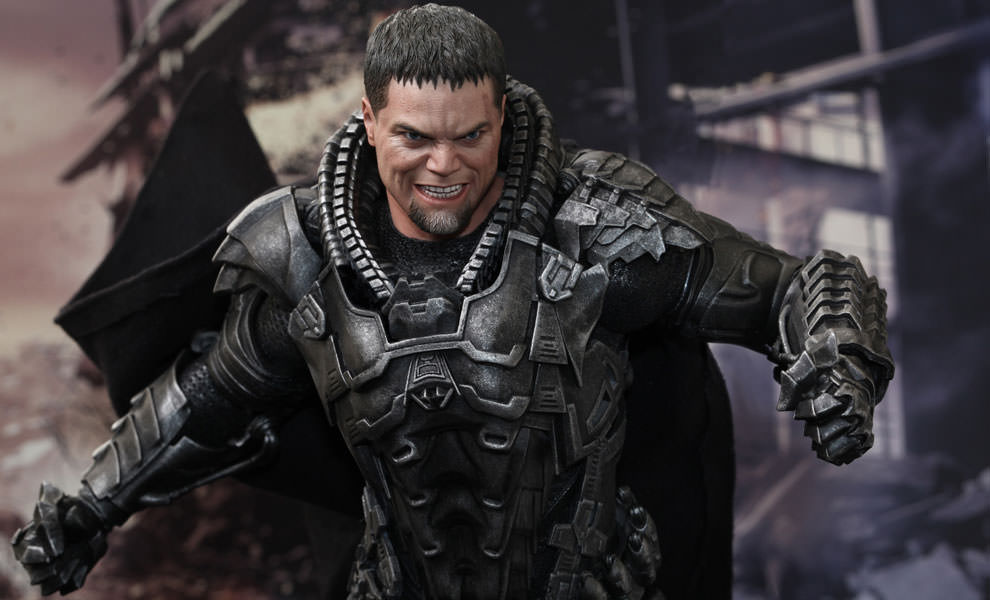 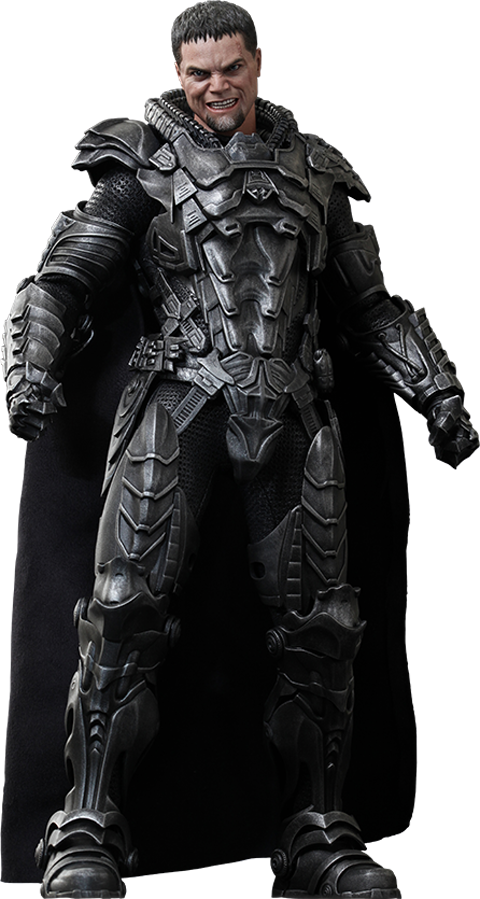 Determined to rebuild Krypton and restore the Kryptonian race, General Zod has searched across an ocean of stars for Kal-El and the codex. When they finally meet, General Zod proves to be a formidable opponent; their epic conflict culminates in an earth-shattering battle through the streets of Metropolis. This movie-accurate collectible is specially crafted based on the image of Michael Shannon as General Zod in Man of Steel, featuring a detailed head sculpt, interchangeable armored head and meticulously constructed costume.

I absolutely love everything about the figure, it's pretty much perfect. However I feel like there's something missing. Namely a "younger" head sculp and retractable blade from his fight with Jor-El. Other than that? Amazing.

"Surrender within 24 hours, or watch this world suffer the consequences. " , so I did. I just totally surrendered to this absolute unique piece of art and got him. It's one of those pieces where you gotta get them all, full of detail, and very sturdy. Its a beastly one with full detail definition.

Zod is a brutally handsome piece, from his highly detailed armor to his fascinating head sculpt. In the end, Zod is a great piece that is always the talk of discussion when people see him. I would recommend this piece simply because of its uniqueness and how much of a presence he casts in a display.

This piece works on too many levels to list. The fact that the Michael Shannon head sculpt captures him at his most expressive and actually does it beautifully is wonderful!
I wasn't going to pick this one up initially, but I'm glad I did, it's a keeper.

If you have the Henry Cavill Superman figure you owe it to yourself to get his nemesis as well. This Zod is fantastically sculpted. The likeness is unbelievable and the suit is spot on perfect.

I bought this figure after i bought the Man of steel Superman. This might be my favorite figure. His armor suit is incredible. He looks so sweet with the black cape. Its a must buy for a superman fan

Just got this this weekend, and I am VERY impressed :D When I saw the pictures I was blown away, but to actually have it is twice as awesome. Every detail, from the sculpting to the suit to the articulation is just perfect. If you're on the fence about getting this, cast your doubts aside.

Got this Zod for my b day. After staring at Superman on my shelf with no enemy, I caved on this figure I had no desire for in the first place. After getting him I can honestly say that I don't regret getting him. I like him just as much as the Henry Cavil figure, you need them both. He's very heavy, and my favorite part about him is his long tattered cape. He's very flexible, the only part I wish had more movement was his legs. He can bend them a lot, but he can't do a sidekick or you'll rip his pants. Wish he came with a calm face, but overall this figure is an 8.5-9. If you have Superman Henry Cavil this figure is worth it. Happy Collecting!

Just got my General Zod in the mail and was very excited. What beautiful box it came in. And what a great beautiful detail figure. It is the jewel of my small growing collection. It stands proudly at the center of my collection. My 2nd Sideshow piece from many more to come. Thanks 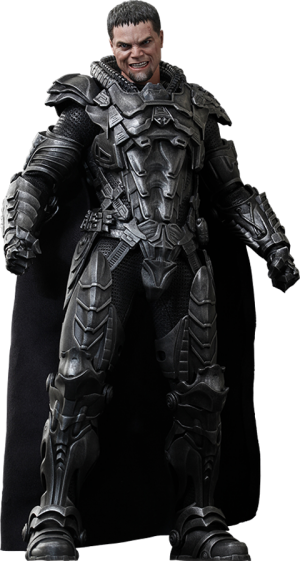