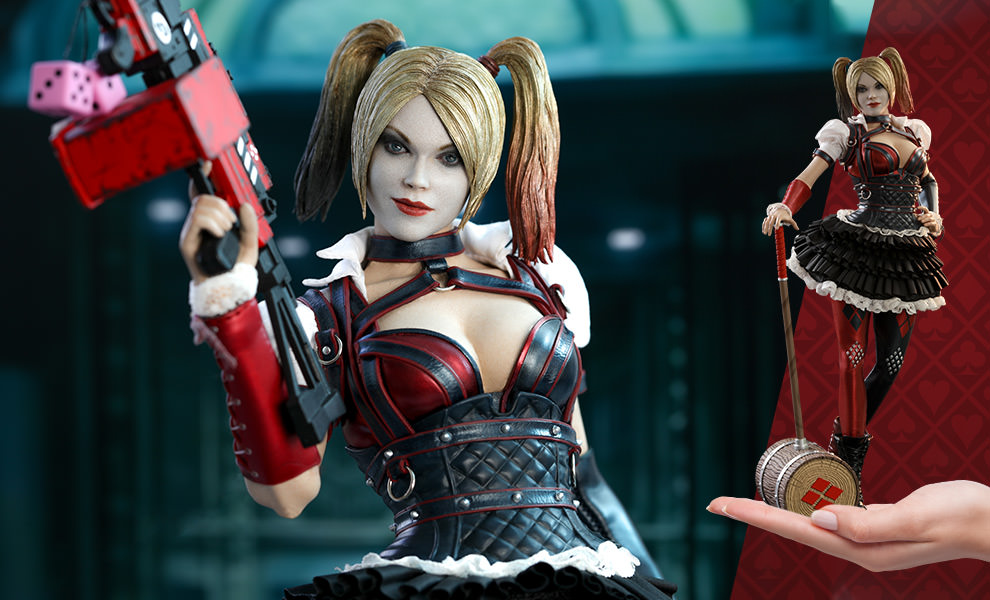 “You gonna bring Ivy to me or am I gonna have to get her myself?”

Harley Quinn enacts her plan to break into the overgrown Blüdhaven Police Department to recruit her partner in crime, Poison Ivy, in order to be part of Scarecrow's plan to destroy the Batman. This is Harley Quinn as she appears in Batman: Arkham Knight, in a playable episode that takes place before the rest of the game.

Sideshow and Hot Toys present the Harley Quinn Sixth Scale Collectible Figure with the new look mixed with goth and punk, giving her a more edgy and sinister appearance that reflects her unstable and wild personality.

Masterfully crafted based on Harley Quinn’s appearance in the video game, the figure features a newly developed head sculpt with white powdered make up, blonde hair sculpture and moveable pigtails, newly developed body, Harley Quinn’s dramatic outfit consisting of a corset with black ruffle skirt and lace details, red and blue boots and arm-bracers, amazingly-detailed accessories including a baseball bat, machine gun, mallet, pistol, paint can with a brush, Jack-in-the-box, and a specially designed figure stand with the game logo.

Take this Harley figure home, as she will stand out from the rest of your DC collection!