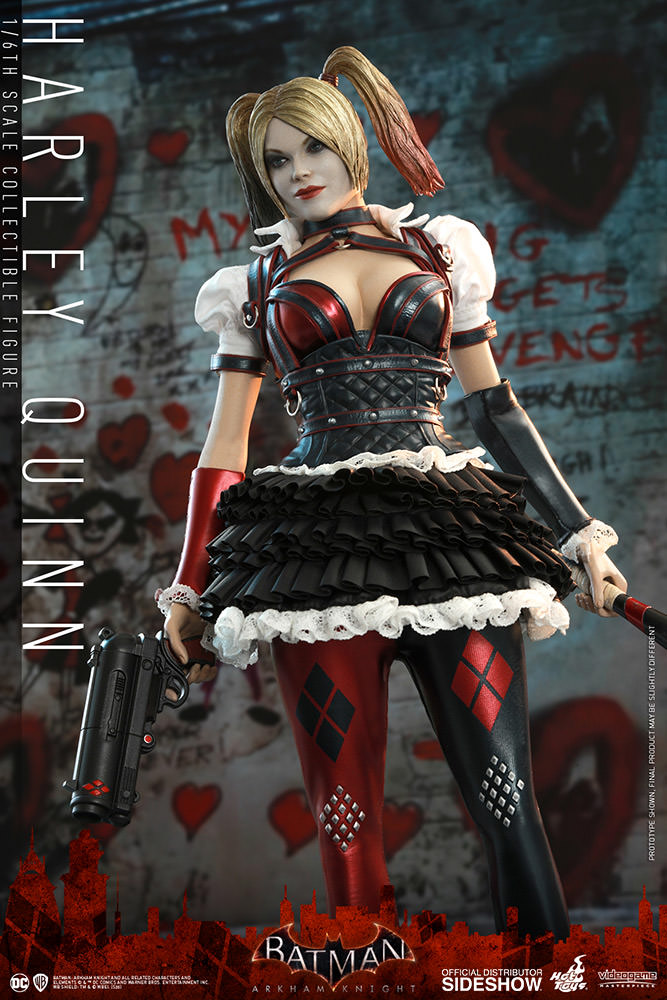 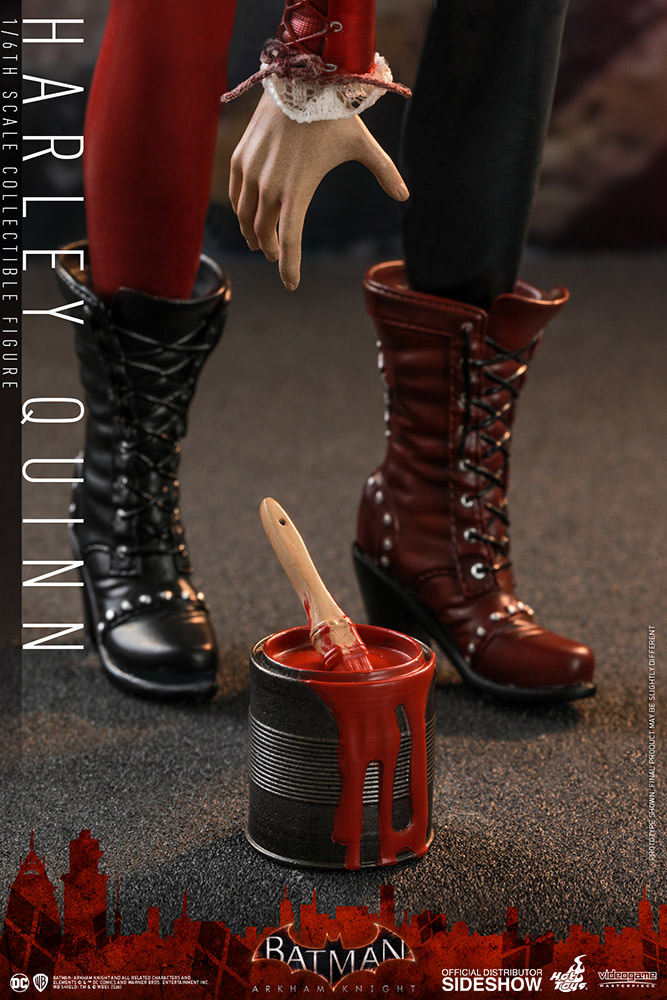 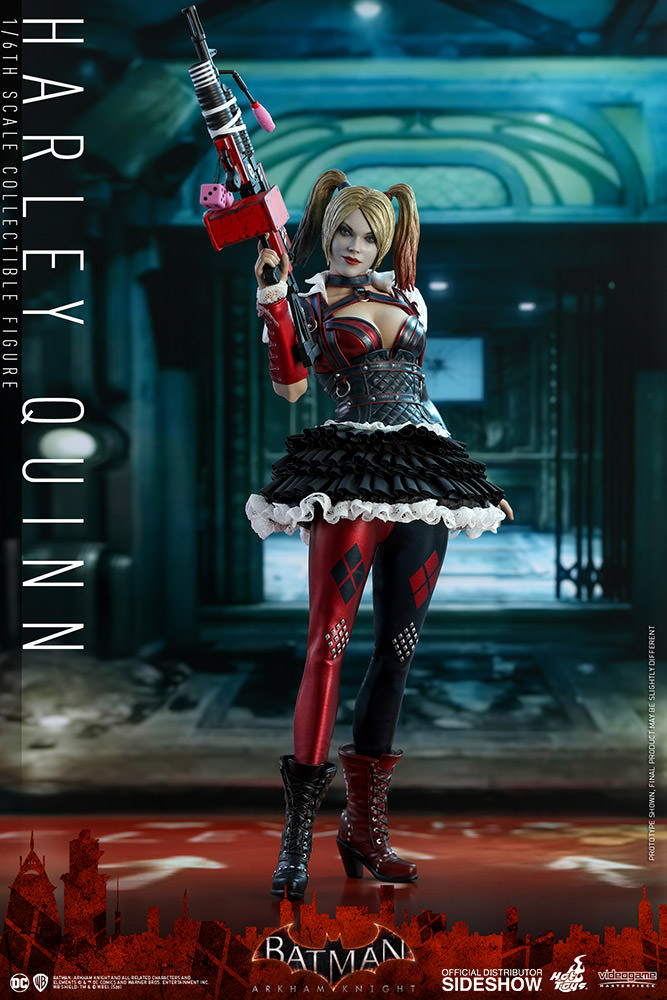 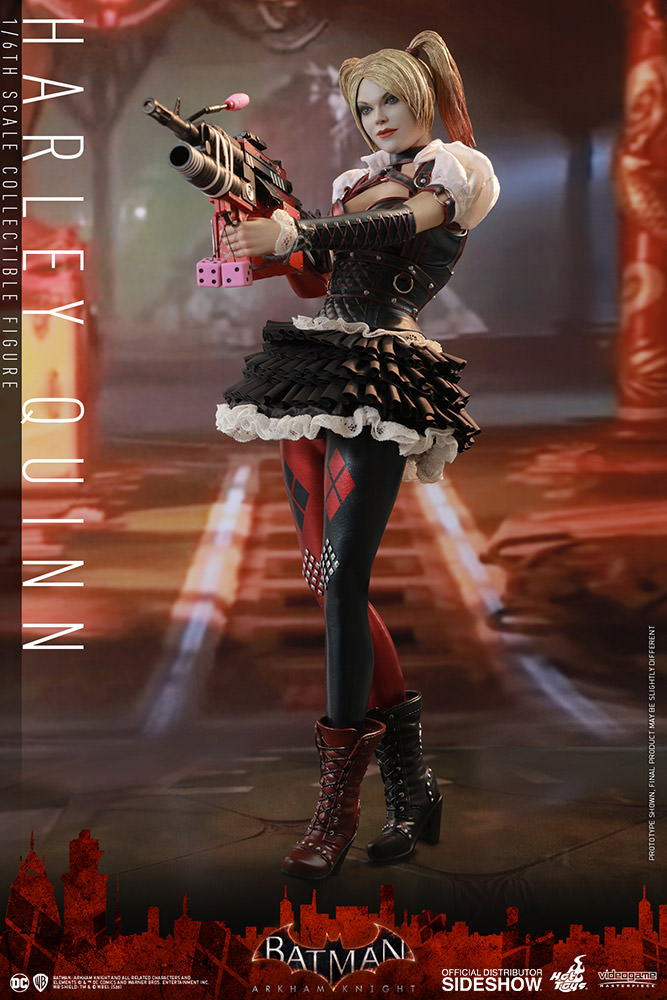 “You gonna bring Ivy to me or am I gonna have to get her myself?”

Harley Quinn enacts her plan to break into the overgrown Blüdhaven Police Department to recruit her partner in crime, Poison Ivy, in order to be part of Scarecrow's plan to destroy the Batman. This is Harley Quinn as she appears in Batman: Arkham Knight, in a playable episode that takes place before the rest of the game.

Sideshow and Hot Toys present the Harley Quinn Sixth Scale Collectible Figure with a mixed goth and punk look, giving her a more edgy and sinister appearance that reflects her unstable and wild personality.

Take this Harley figure home, as she will stand out from the rest of your DC Comics collection! 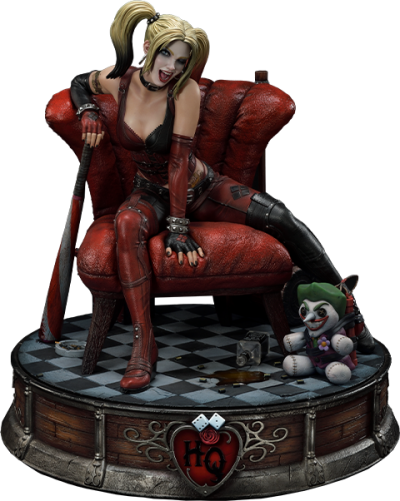 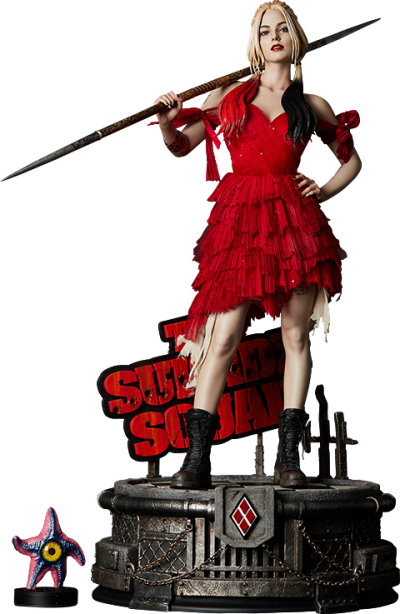 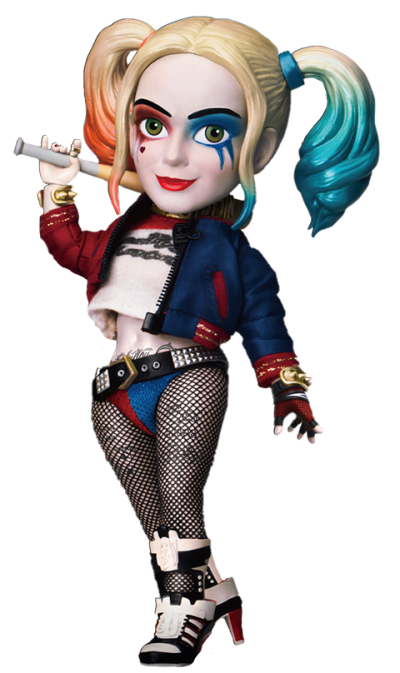 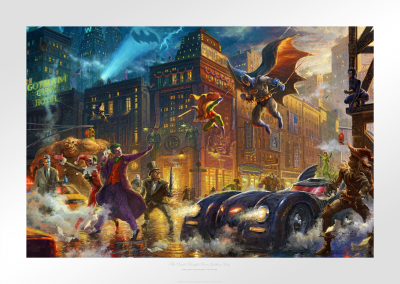 It arrived literally the next day I paid for it. Thanks Sideshow, thanks Hot Toys this Harley Quinn is my dream come true. Love it!

Harley looks amazing in hand. I highly recommend it for anyone who is a Harley fan like me to pick it up. My only gripes are that it takes a bit of adjusting on her legs just to make her stand on her own without the stand and her arm articulations are bit scary to move around since her shoulders are covered up, you can't tell whether you're gonna break it or not. Even with that said, it's still a awesome figure to own.

Photos don't do justice ,the detail is superb, it looks fantastic in most lighting situations and can't stop looking at it in my display ,my first hot toys purchase and sure going to add more to this collection

Such a beautiful piece. Detailed from head to toes. This Harley Quinn will not disappoint a true fan of both Hot Toys and the game.