Skip to main content
✋ Time to suit up with Iron Man collectibles!
https://www.sideshow.com/collectibles/13995 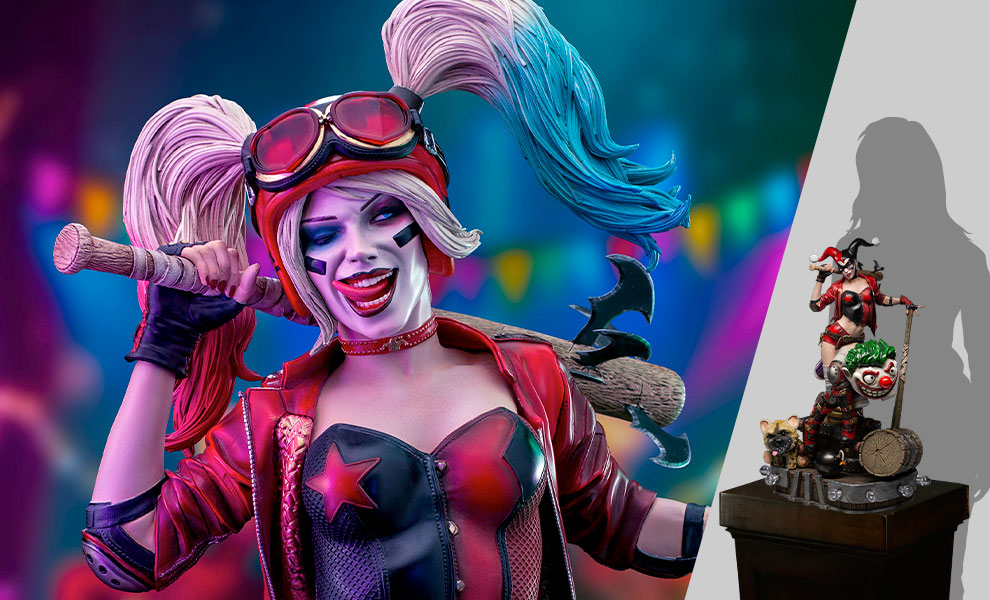 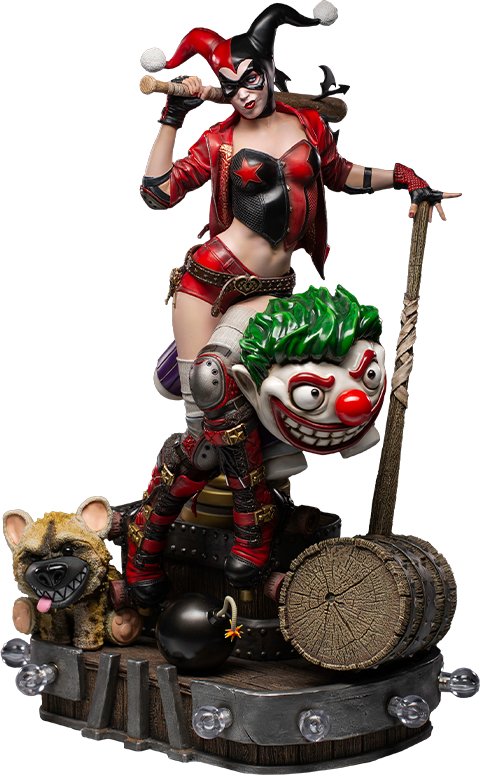 DC's most charismatic anti-heroine on a grand scale by Iron Studios!

In a diorama base filled with elements of an old amusement park, the Clown Prince's beautiful partner in crime poses sitting on a Joker-shaped spring horse, with a large wooden mallet on which her left-hand rests, and a baseball bat with the tip spiked with sharp Bat-shurikens (souvenirs of the Dark Knight) resting on her right shoulder, a piece of deadly combat equipment.

Next to a hyena, her pet Bruce, portrayed as a stuffed animal, with a black ball-shaped bomb with the fuse lit at her feet, and wearing a uniform inspired by the DC Rebirth editorial line from the comics, wearing roller skate boots, and the protective accessories, Iron Studios presents its statue Harley Quinn Prime Scale 1:3 - DC Comics - Iron Studios, featuring the most charismatic villain and currently the involuntary heroine of Gotham city.

The piece has realistic textures that accurately portray Bruce's plush fur, the nuances of the Joker's fiber spring horse painting, the subtle shine of the leather in her outfit, and even the rough lines of the wood of her weapons. The base in the shape of a circumference brings lamps with a retro characteristic, which light up individually.

The statue contains three interchangeable heads, one more beautiful and expressive than the other.

Harley Quinn first appeared in the series Batman: The Animated Series, and was created by the duo Paul Dini and Bruce Timm in 1992. The positive reaction from critics and audiences made her presence constant in this animation and the following sequels from Batman. In 1999 she was included in the DC comic book universe. Initially a psychiatrist, she joined the Joker as his partner and later his lover, becoming one of Batman's most iconic villains. Today she is portrayed more as an anti-heroine, acting as a vigilante rather than a criminal. 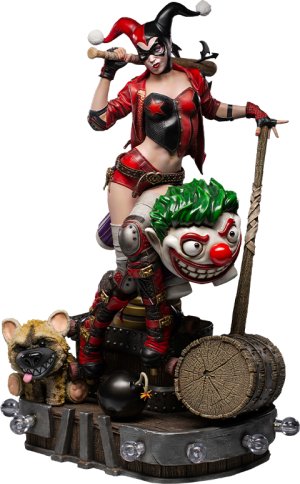