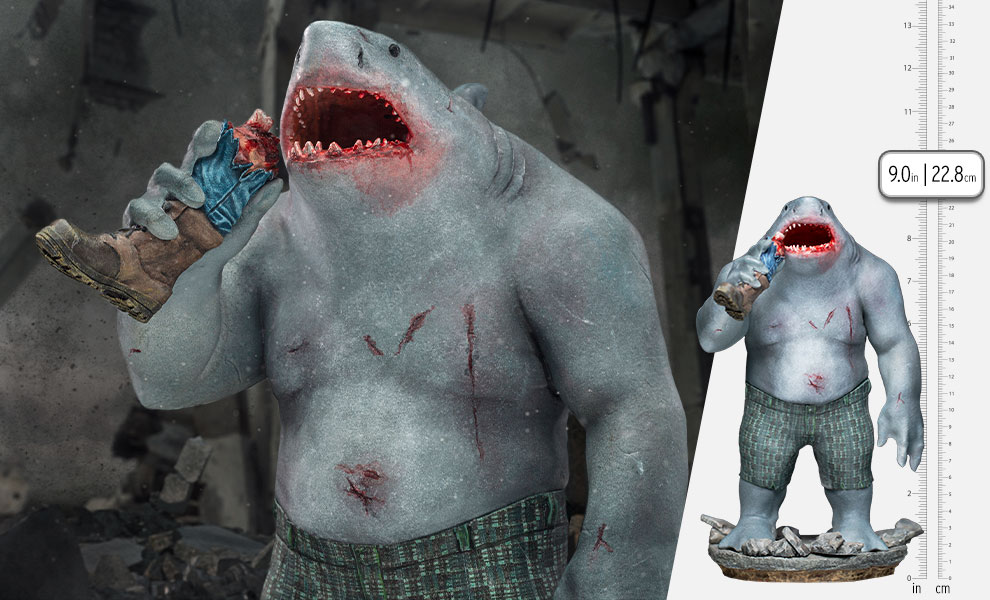 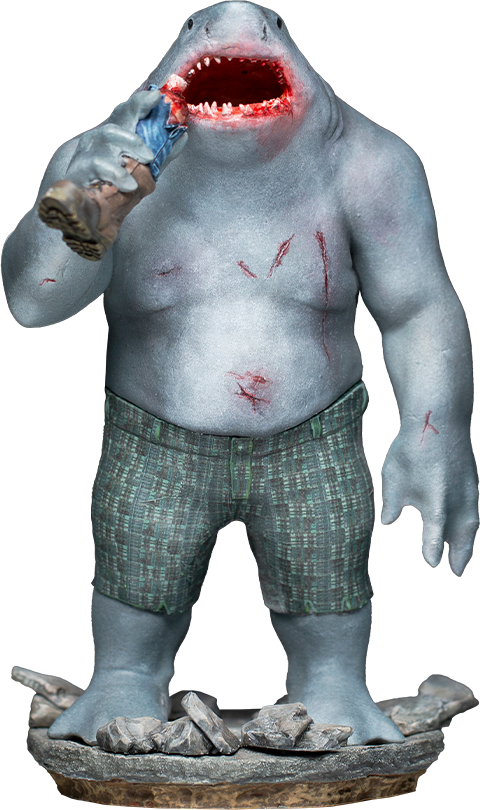 The corpulent creature, wearing only a pair of shorts, opens its deadly mouth, showing dozens of sharp triangular teeth, to enjoy a peculiar and bizarre snack. Ignoring the wounds and scars spread across his thick blue-gray skin, apparently relaxed, he is always ready and willing to satiate his constant and ravenous appetite. Sideshow and Iron Studios present the King Shark BDS Art Scale 1:10 Statue, the most feared (and sometimes comical) ocean predator in the DC universe and member of the Suicide Squad.

Created in comics by writer Karl Kesel in 1994, he has emerged as the enemy of the more contemporary version of Superboy. The son of a mythological being called the God Shark, Nanaue was born in Hawaii, and he is an anthropomorphic humanoid shark and has become better known as the King Shark. Nanaue, who has enhanced strength and endurance, can swim at high speeds and is resistant to low temperatures. With the physiology of a shark, it can breathe underwater, has many teeth, and has an avid anthropophagus appetite.

In the film The Suicide Squad, written and directed by James Gunn, as well as in the comic book, King Shark is selected and recruited by Amanda Waller, the ambivalent director of the Suicide Squad's deadly missions. He is sent on a mission to the South American island nation of Corto Maltese, where they must destroy a prison and a laboratory that holds political prisoners and secret experiments. The Squad is a task force of convicted villains who work for the government in exchange for favors or reduced sentences. Depicted in CGI, Nanaue received the voice of legendary actor Sylvester Stallone.