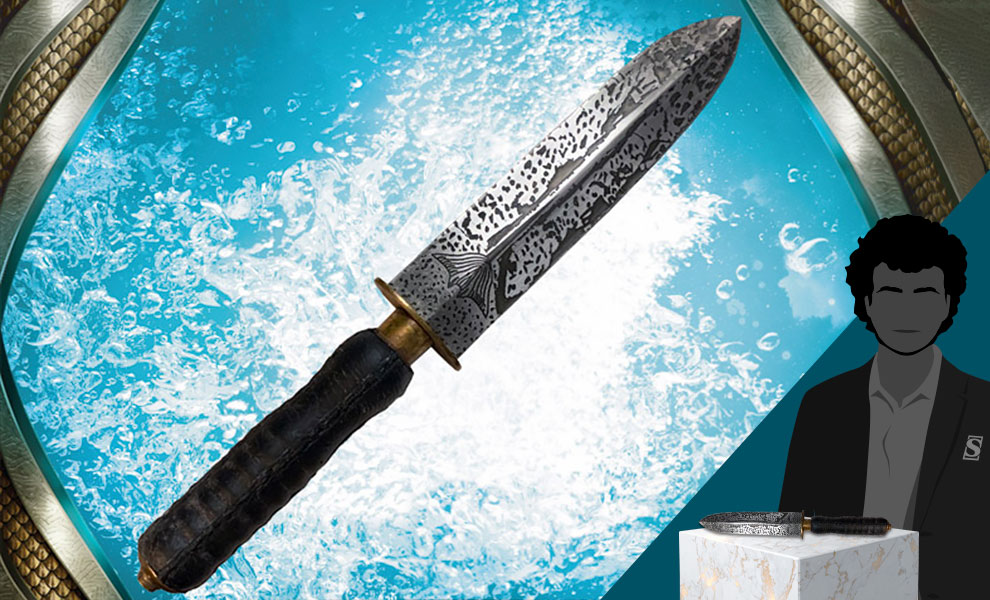 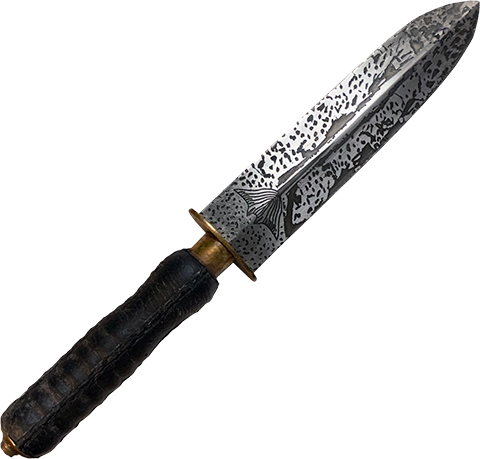 "...I never told you the story behind it. This was your grandfather's. He was one of the Navy's first frogmen during World War II. He was so stealthy in the water, his unit nicknamed him Manta. But after the war, his country forgot about him, so he went back to the sea, scavenging and surviving with his wit and this knife. He gave it to me when I was your age. And now it's yours, son." - Jesse Kane speaking to his son, David Kane A.K.A. Black Manta

Passed down from father to son, this family heirloom is no ordinary knife, and neither was the prop, as wielded by the character Black Manta in the critically acclaimed movie Aquaman.

Factory Entertainment was fortunate enough to have been provided direct access to the prop, which was based on a vintage deep-sea divers knife produced in the early 20th century. This allowed a screen-accurate replica worthy of being passed down to the most discerning pop-culture collector and knife enthusiast alike!

Each Manta knife prop replica comes in collector packaging and includes a numbered certificate of authenticity.

Caution: THIS IS A COLLECTIBLE FOR ADULTS AGED 18 YEARS AND OVER ONLY. It is intended for display purposes only. Contains functional points, care should be taken when handling, never strike anything or anybody with this product. 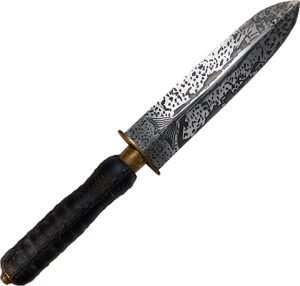