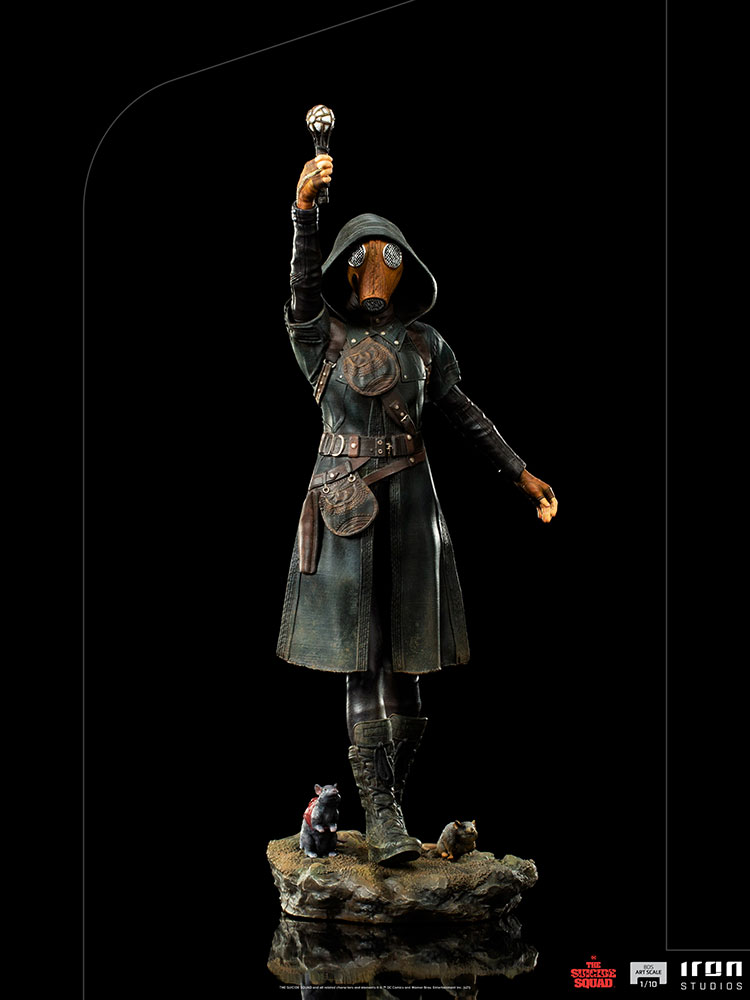 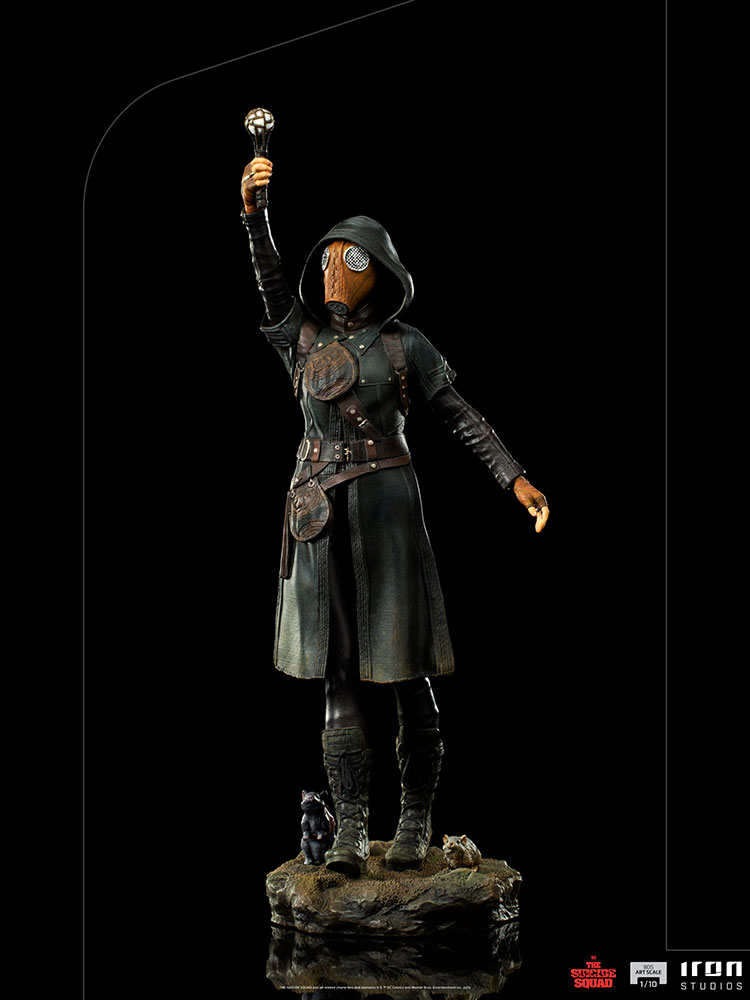 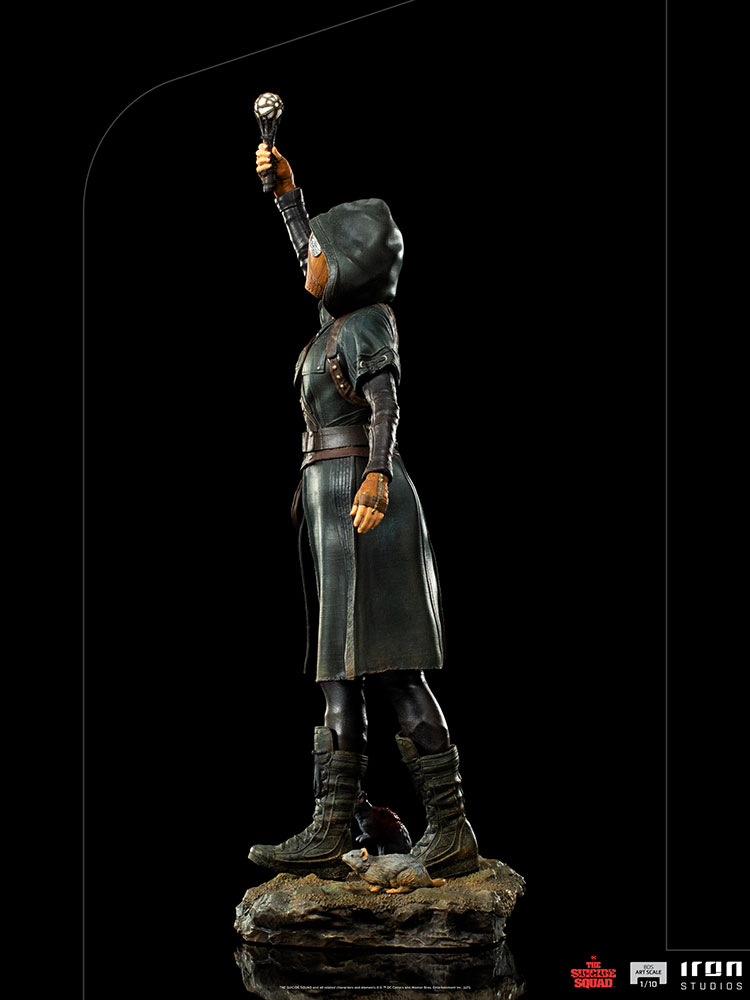 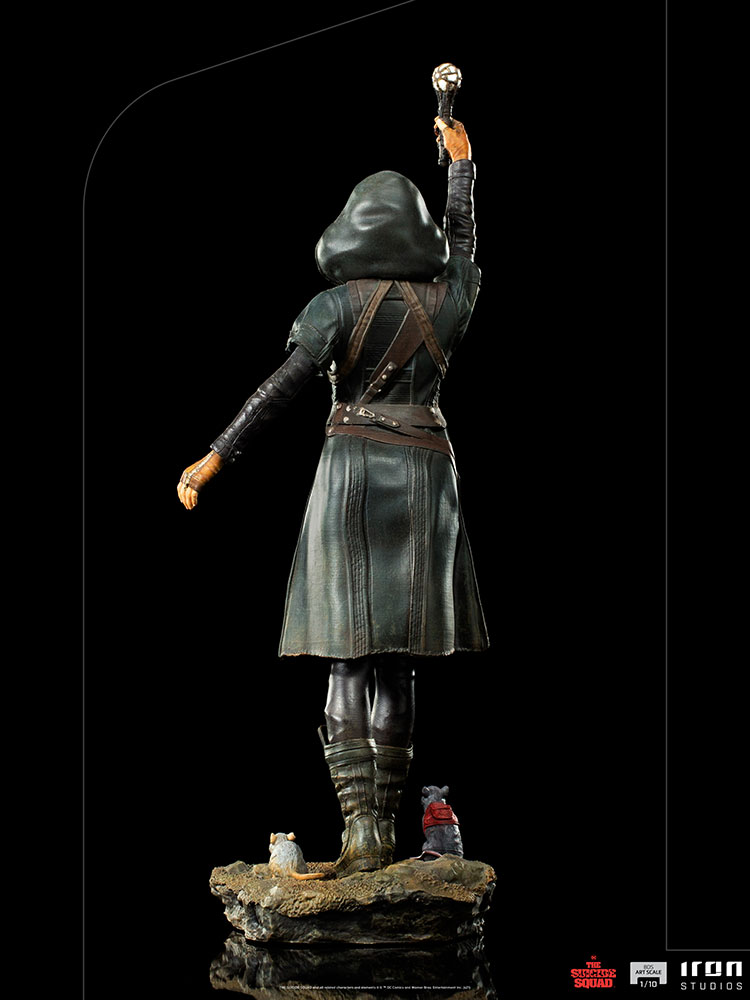 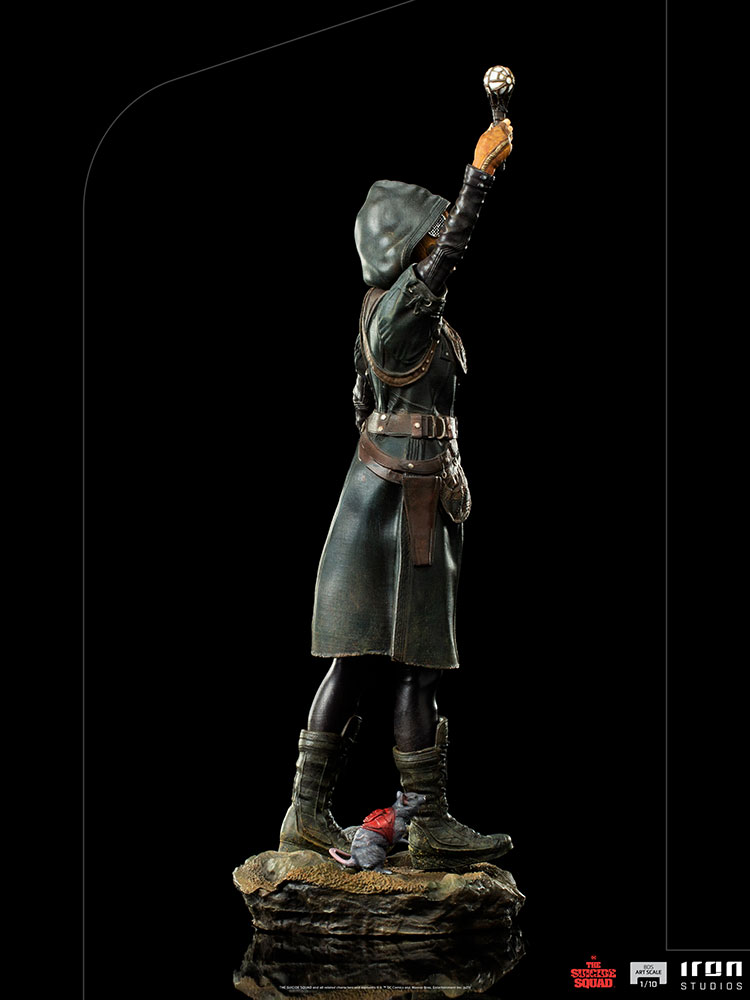 Wearing a rustic hooded leather costume and a gas mask, she raises her technological command staff that gives her power and control over rodents, the most humble and despised of all creatures, just as her father taught her. The gas mask serves both to hide her identity and protect her from the odors of the sewer system, where she recruits her army of rats. Having two of her little allies at her feet, Sideshow and Iron Studios present the "Ratcatcher II BDS Art Scale 1:10 Statue" on a base resembling the forest terrain of the South American island nation of Corto Maltese. She's on a mission to destroy a prison and laboratory known as Jotunheim.

Cleo Cazo is the daughter of the original villain Ratcatcher. Raised with love and affection, she has always lived on the margins of society on the streets of Portugal. She learned from an early age how to use the devices created by her father to control rats, making the animals that inhabit the sewers her tool to commit robberies and protect her. As an adult, she moved to the US, where she followed in her father's footsteps in a criminal life as "Ratcatcher 2", named after her father. Along with a specific mouse, whom she named Sebastian and adopted as a pet, Cleo was captured and sent to Belle Reve Prison. During her time in prison, she was recruited by Amanda Waller into the Task Force X group nicknamed The Suicide Squad. This group brings together convicted villains who work for the government in exchange for reduced sentences. 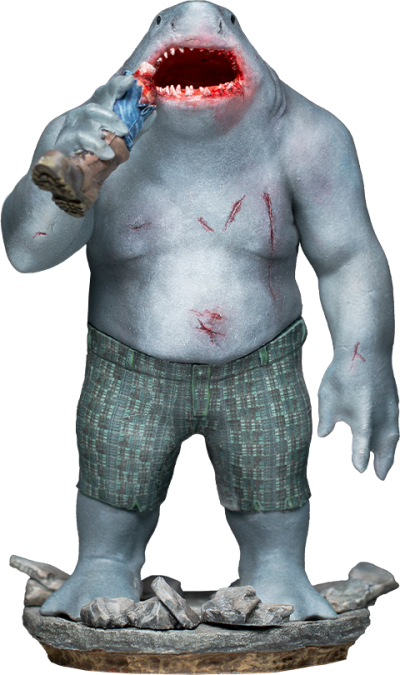 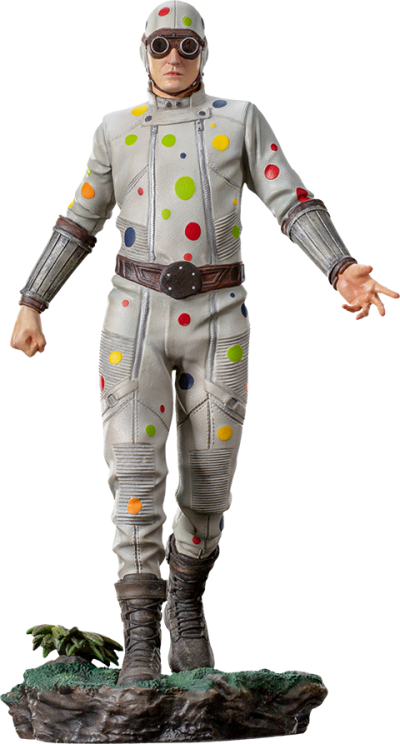 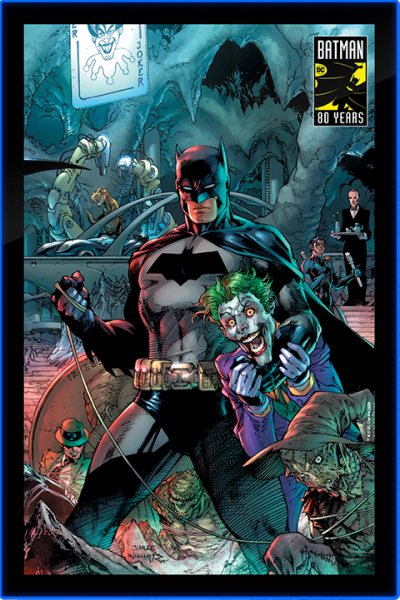 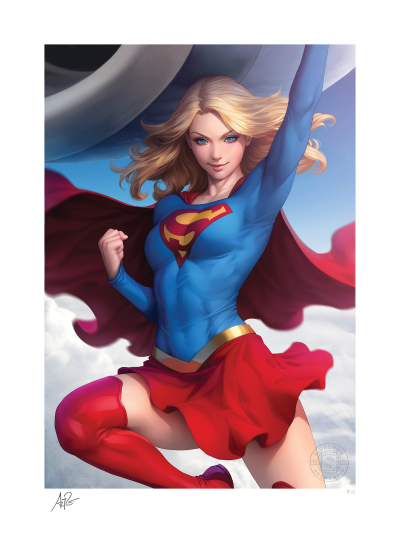 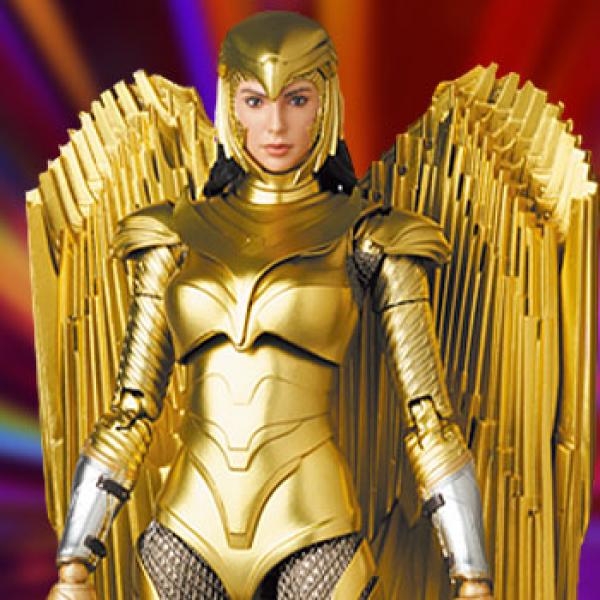 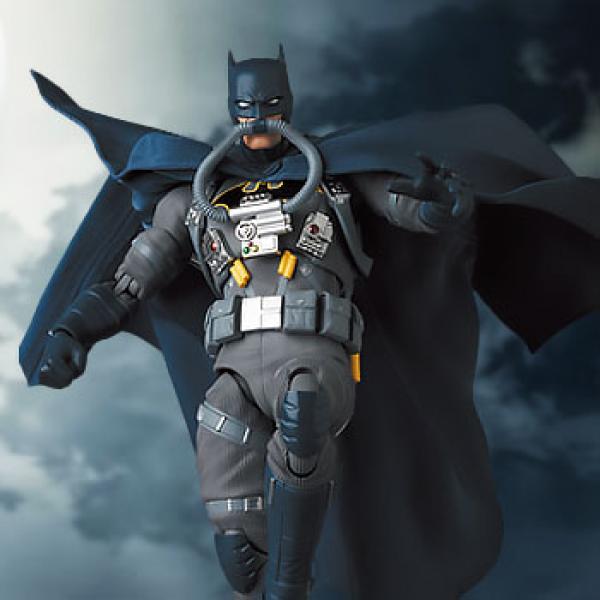 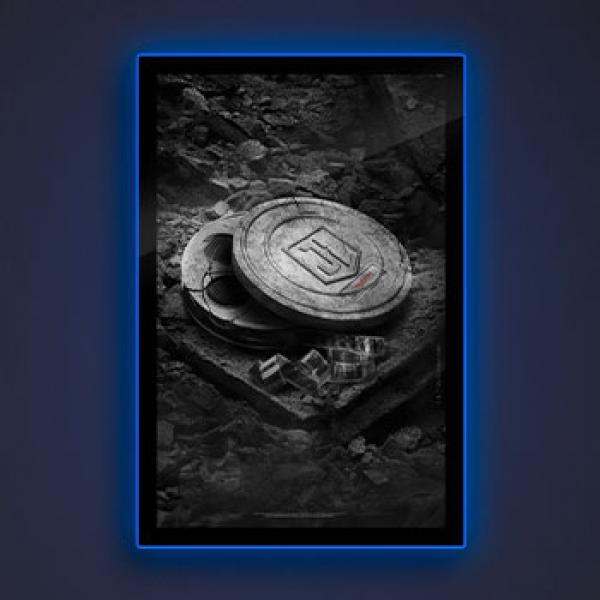 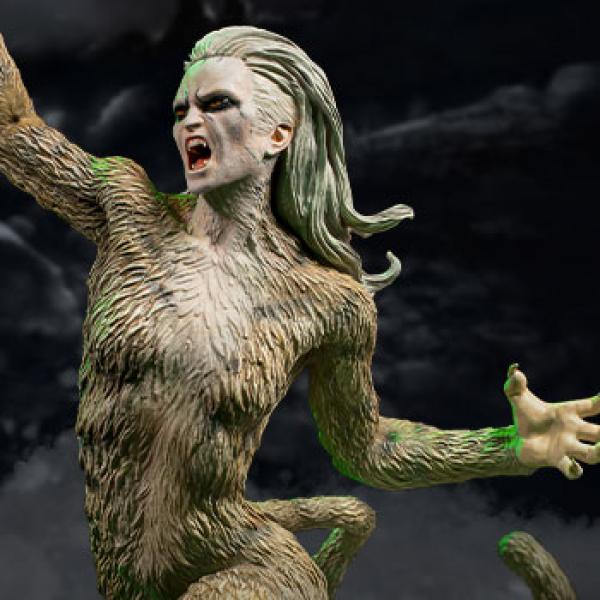