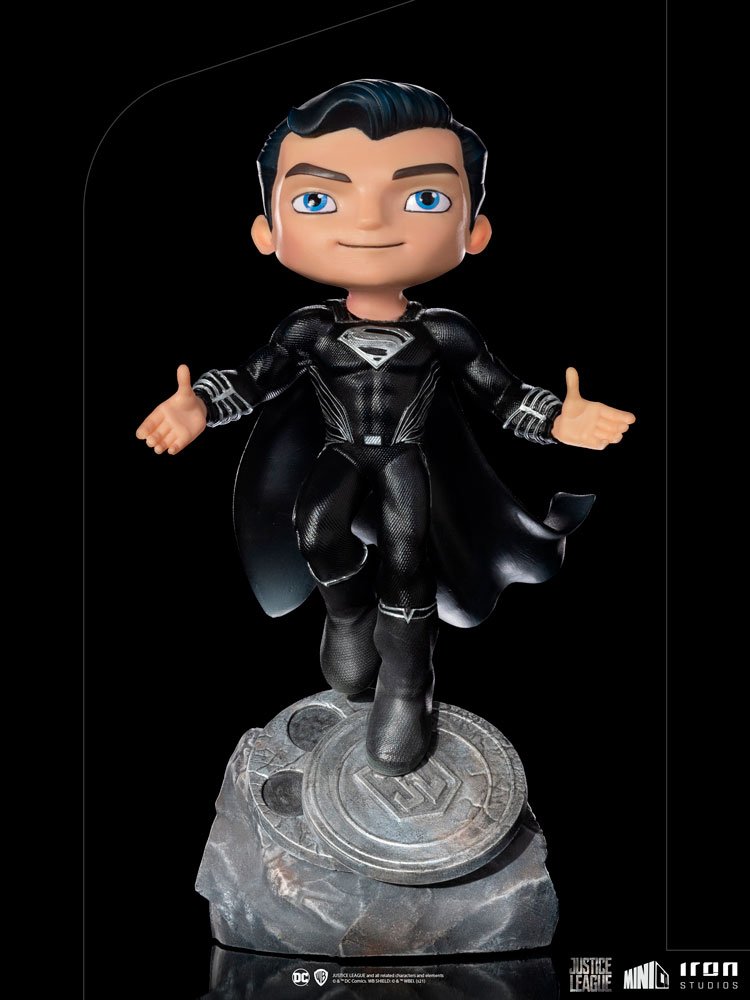 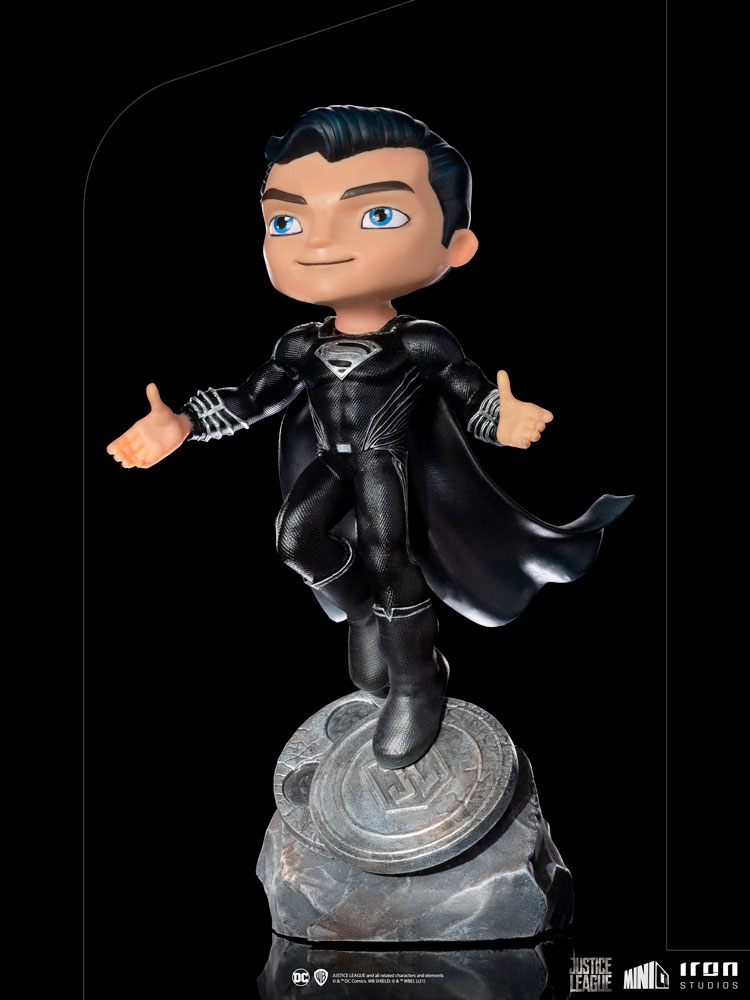 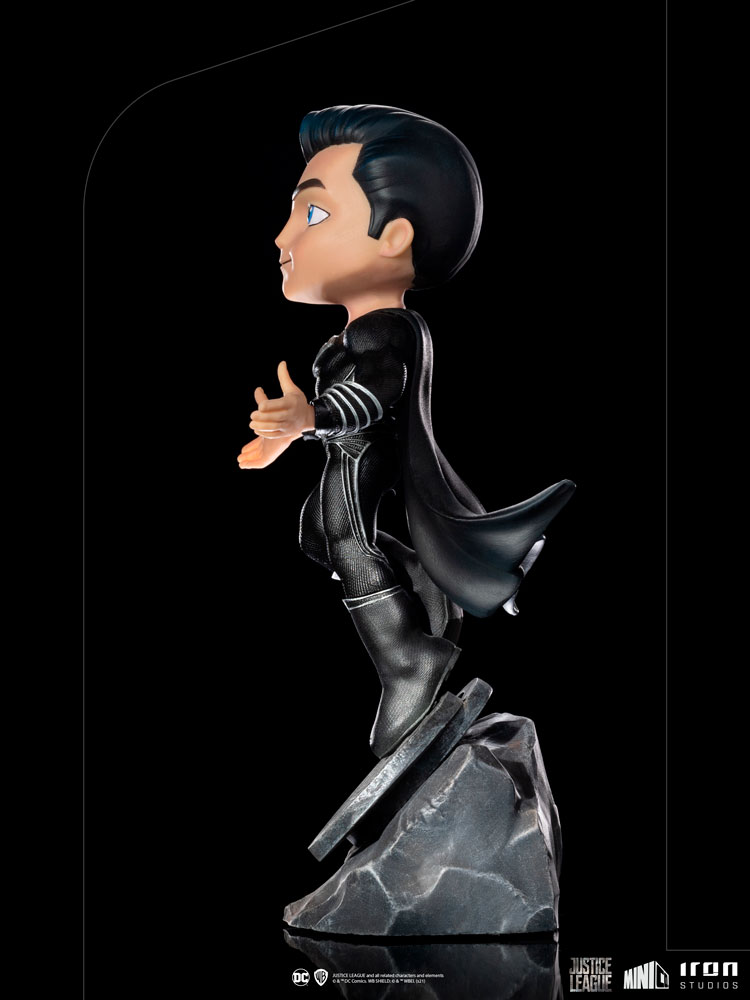 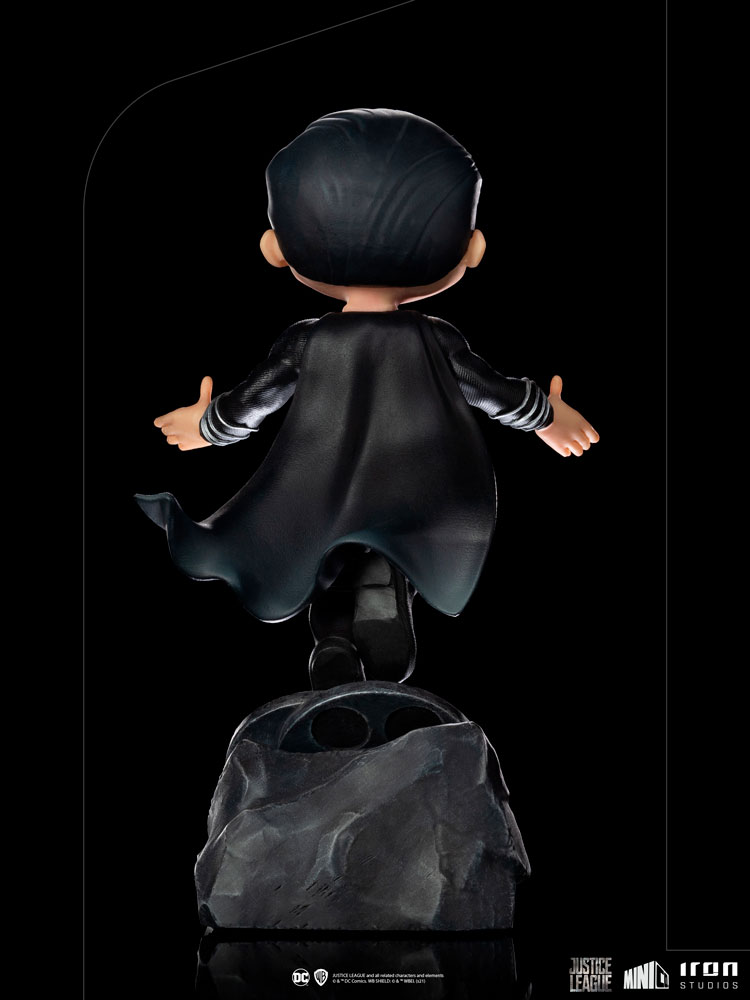 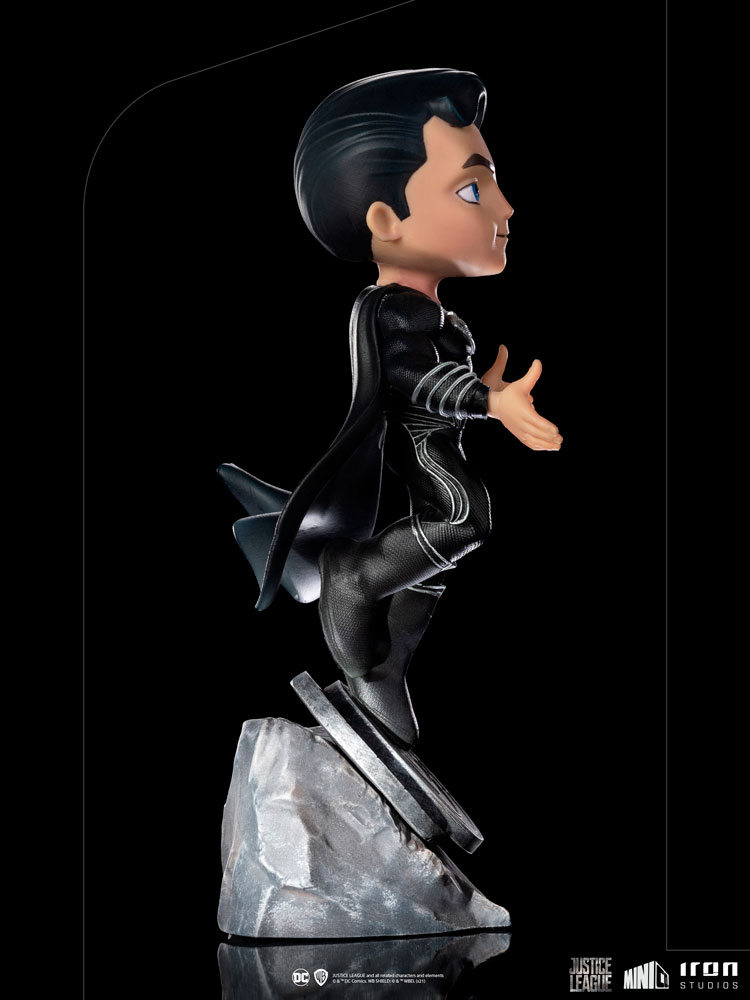 With his new special black and silver uniform, the Man of Steel opens his arms absorbing the solar energy, recovering all his strength, and prepares to face the villain Steppenwolf, a powerful New God herald of the conqueror Darkseid. With his unmistakable Kryptonian glyph in the shape of a silver "S" a symbol of hope on his chest, he joins Justice League heroes, friends, and allies to defend the Earth. As in director Zack Snyder's Justice League movie, Iron Studios features the "Superman Black Suit - Justice League - Mini Co." statue, featuring the greatest hero of all time in his special look.

The black suit, with silver details, was crafted from a uniquely Kryptonian material and is almost as invulnerable as Superman himself. This uniform helps the Man of Steel to recover his strength faster, absorbing more energy and leaving the hero ready to face the most difficult challenges. Upon his recovery, after facing the monstrous Doomsday, Superman found the black suit in the corridors of a Kryptonian reconnaissance ship and opted to use it to be fully prepared to repel Darkseid's invading forces.

Another release from the charismatic line of MiniCo statues, and already available for Pre-Order, Superman is on top of a rock base adorned with the Justice League emblem at his feet. A must-have for fans and collectors.