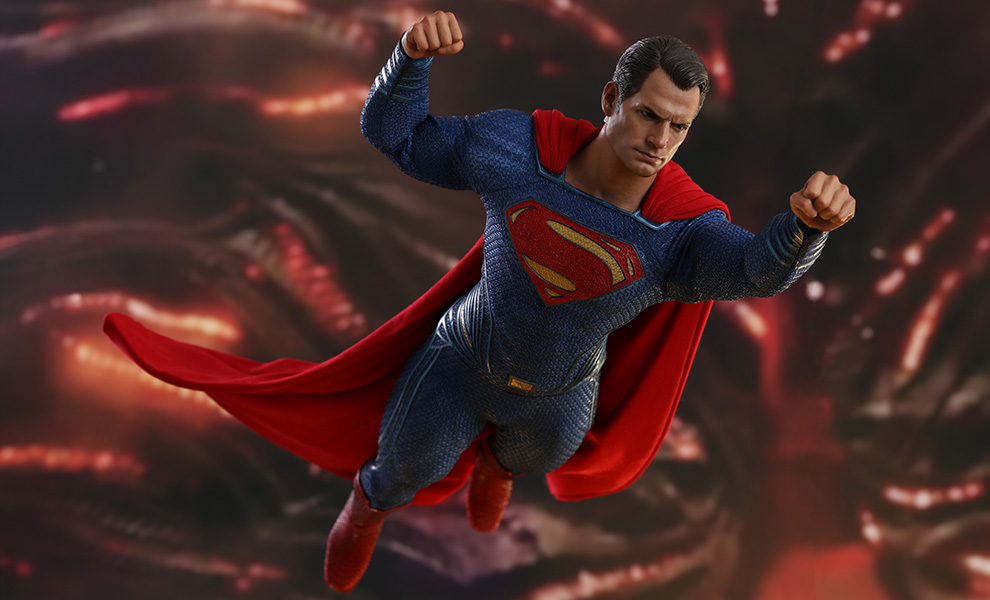 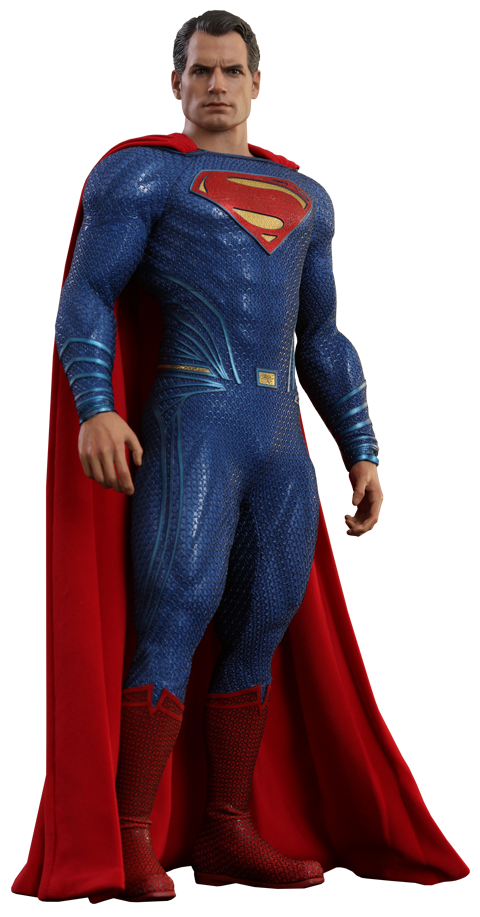 Justice League was released in last fall and went on to break numerous box-office records around the world! As a direct continuation to the events of Batman v Superman: Dawn of Justice, Son of Krypton, Superman returned from dead and battled against the formidable supervillain intruder Steppenwolf and his hordes of Parademons to prevent an invasion of the Earth.

Given the immense popularity of the character, Sideshow and Hot Toys are delighted to officially present the new sixth scale Superman Collectible Figure from the latest DC Extended Cinematic Universe blockbuster!

Don’t pass up on the opportunity to add the legendary Superman collectible figure to your Justice League collection!

This is in my top 10 figures. Superman was always my favorite super hero, and this version is just outstanding!

Yes. Amazing and quite "Super"b indeed. I will preface this by saying that from the outset I was not particularly anticipating the release of this figure. When new images released showed the same BvS head sculpt I was flabbergasted. "But he combs his hair to the other side in Justice League!" my inner fanboy (obsessed with continuity and ripe with the expectation that Hot Toys deliver a faithful recreation of such) cried out annoyingly -even so- I knew I had to get the figure. I knew it would be the first Hot Toys purchase I would ever make - that Superman was my all-time favorite character from any medium, but especially, that Henry Cavill's portrayal could be at an end and that this figure represented what could be the last time we see him don the infamous suit. I knew Hot Toys was top tier. The best of the best. I knew I was going to do it "right" and order through Sideshow - of course - their official distributor. I knew all these things and yet still I felt reticent. That head sculpt...I ordered in April when the first rounds of reviews had already hit YouTube back in January and continued to pop up through February and into March, consistently stirring the thought round my head, preparing to commit or quit, do or die, it was now or never, and I couldn't pass up the chance. After placing the order, there was nothing to do but wait. The delay was expected. But who was to blame? The whole world had gone mad in less than a month. It seemed we now needed Superman more than ever....I applaud Sideshow for getting this out as quick as they did. Upon opening the package and freeing Supes from his "plastic prison" I was blown away. This figure truly is a work of art. The likeness is spot on (even though it's not screen accurate) I'm absolutely over the moon for it. The costume is done to a diamond standard. It may be a bit fragile but that just means you'll just have to be careful then now won't ya? It was definitely well worth the wait and I give it a 10/10. Love it!

5
Marcos A. 5 star review
To My Brother
Verified Purchase

I have a brother, one I believe to be a fan of Superman like no other. This figure was the only chance for him to get one and I got the pleasure to send it to him, Sideshow thanks for making it possible, he got his first new Hot Toys and he is so happy that made me feel like a kid again, he couldn't get Christopher's Superman but he got the best new version of Superman, masterpiece, the joy this makes is so cool, thanks again Sideshow

I’ve waited for this figure for a while. He exceeded all of the expectations that I had for him. Superman will always be my favorite Superhero. If you have the chance to put him in your collection please do not hesitate

I first found out about the Superman Sixth Scale Figures by Hot Toys on a popular auction site, and I was very impressed with the attention to detail. I am an artist and have always been into detail with my full color illustrations, so I appreciate the extreme detail of the collectible figures offered by Hot Toys.

The resemblance of Henry Cavill as Superman is exceptional compared to other collectible figures that I have come across. The price was a little more than I was wanting to spend at first, but I found that I just couldn't pass up on such a highly detailed collectible figure of my favorite super hero and the actor who portrayed him.

Luckily, I ended up visiting the Sideshow website and decided to purchase the current Justice League Superman figure at a better price than what I was finding on the popular auction website. I contacted customer service on July 20th to ask some questions and get a little help to open an account. It was fairly easy and I soon placed my order. The very next day I received my boxed collectible figure from UPS. What service!

I can say that I am very pleased with my purchase. I have had the figure out of the box for a few days now, and I keep stopping to look at it and admire the detail of this Superman figure and likeness to Henry Cavill. I almost expect him to blink or turn his head when looking at him. 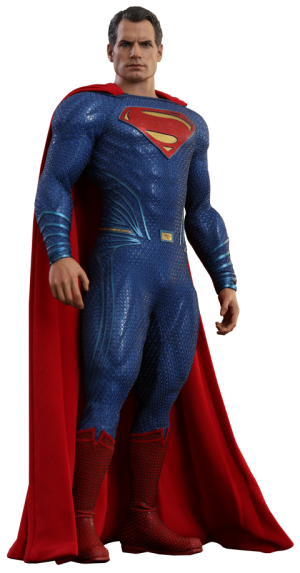