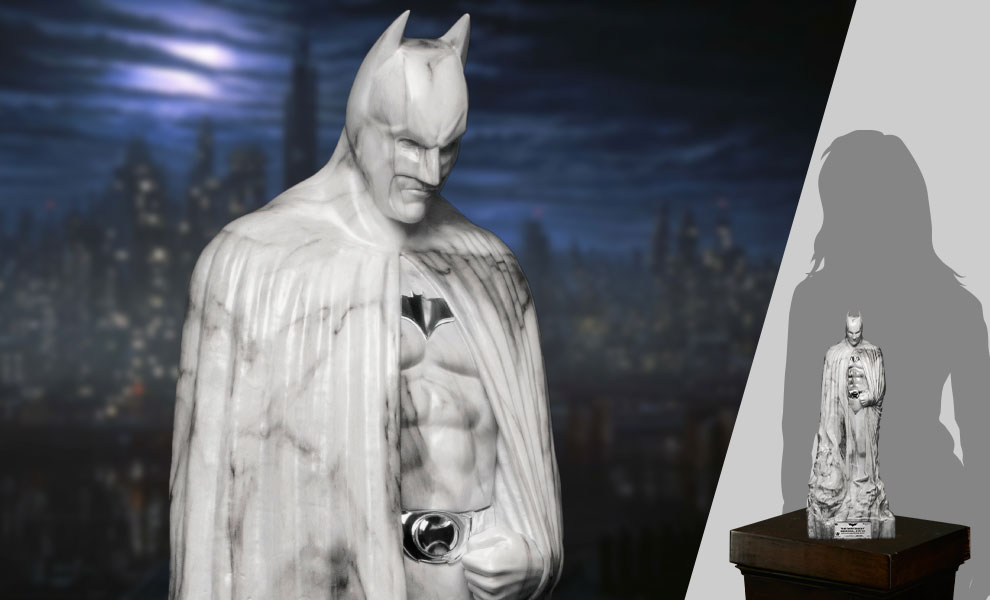 No matter how long the night is, it’s always darkest before dawn.

The Memorial Statue series is a new recreation of the famous statues in the DC Universe. The Batman memorial statue as seen at the end of the trilogy provided a fitting sendoff to arguably one of the most seminal takes on Batman. The celebration of the Dark Knight’s legacy was commissioned by Gotham City, and showcased the brooding but powerful character, as played by Christian Bale.

Having seemingly sacrificed himself by flying a bomb destined for Gotham out of the city, he gave everything he had to save his beloved hometown!

The Mastercraft series of highly detailed, hand-painted statues, continues the tradition of recreating famous popular culture icons with fine craftsmanship. With The Dark Knight Rises MC-021SP, fans can enjoy a detailed depiction of the Memorial Statue, complete with faux marble textures bringing the rustic feel of a real statue to life.

The included base with a numbered plaque gives fans the ultimate collectible statue unlike any other. So make sure this special edition Dark Knight MC-021SP makes its way to a desk near you and show off the celebrated Christopher Nolan take on Batman!

Since the statues are hand-painted, the discontinuity of the marble pattern on the surface is a normal phenomenon!