Skip to main content
Looking for a special offer? 👍 Look no further! SHOP ALL DISCOUNTS
https://www.sideshow.com/collectibles/9091 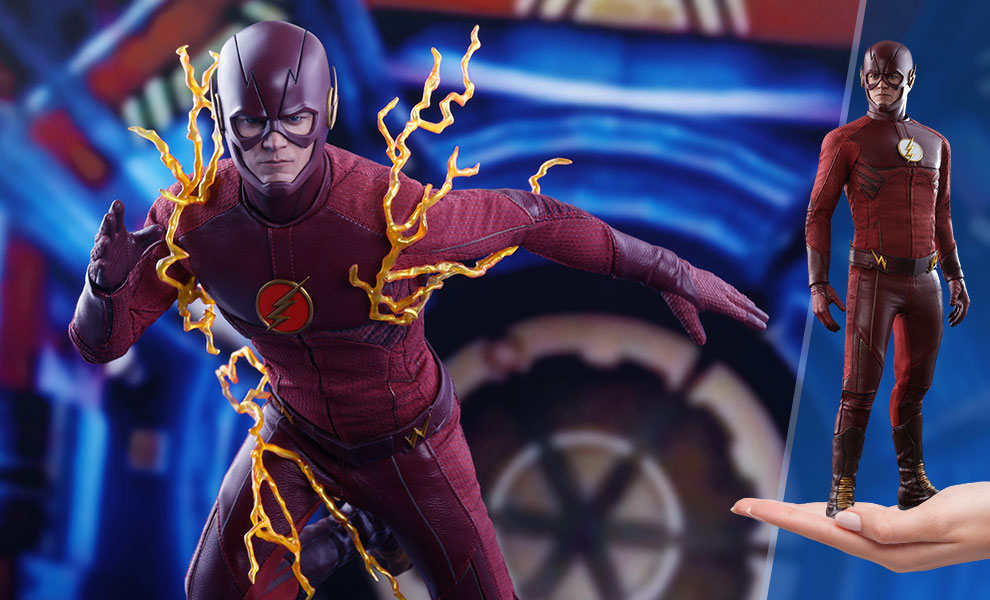 “My name is Barry Allen, and I’m the fastest man alive.”

Run, Barry, run. The Flash is sprinting back into popularity at unimaginable speeds thanks to the new television series! After being struck by lightning, the ordinary police investigator Barry Allen wakes up and discovered that he’s been granted the gift of superhuman speed. With the heart of a hero, he becomes The Flash to fight crime and protect the innocent from dastardly rogues.

He is faster than the speed of light! So be sure to pre-order the figure before it’s gone!

The Silver-Age Flash has been around since 1956 and has enough of a loyal following you would think it would be easier to find good quality figures of the character. My renewed interest started around the same time as everyone else's did--when Grant Gustin brought Barry to life in a way we've never before experienced and he won over our hearts with his heroic nature and loyalty to his friends and city. With renewed interest in the Flash, I've been hunting for action figures to display on my shelf and finding a great deal of disappointment in my search. The majority of my collection is 1:12 scale and I was lucky enough to pre-order the Figuarts release for the 2017 Justice League. I'm actually happy with that figure, especially since it's one of the few that has great articulation and range of motion in the major joints so you can place him in natural looking running poses that look cool. The only drawback to the Figuarts release is the lack of lightning effects pieces included with the original figure. Even though I'm happy with the Figuarts JL Flash, it still left a big hole in my collection for the Grant Gustin version of Barry. I don't buy very many figures from Sideshow, but I've been unable to resist some of the offerings of the past couple years, including this one. It looked like the Barry figure I've always wanted and never found, even if it wasn't in my preferred scale. I decided to go ahead and pre-order it anyway and I am incredibly happy that I did! It's exceeded my expectations and been a true joy trying out different poses for it. Now that I have this figure, I honestly don't feel like I'll be able to find one that I like better, although if I ever do find a 6-inch scale figure in Grant Gustin's likeness, I'll have to get it, but that doesn't mean I'll like it better than the Hot Toys version.

Amazing work on figure well worth the wait.

I have a lot of Flash collectibles from the CW TV show and I can say the Hot Toys CW Flash is by far the best one on the market! Details, articulation, extra accessories are what make this one the number one! I am in heaven with this one! Thank you!

outstanding figure worth the wait.