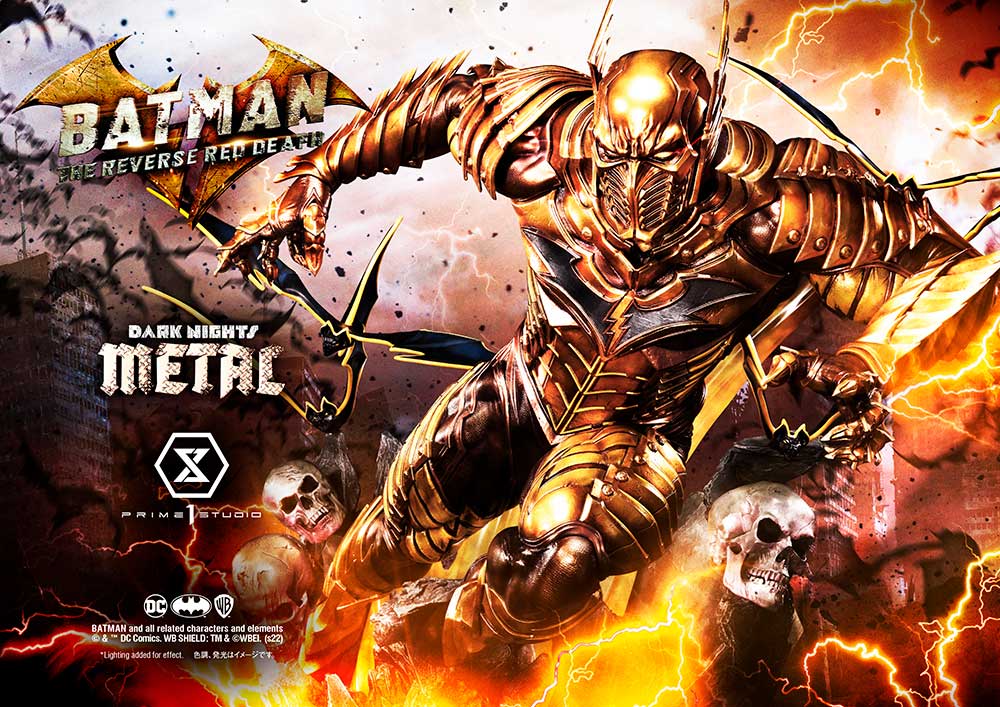 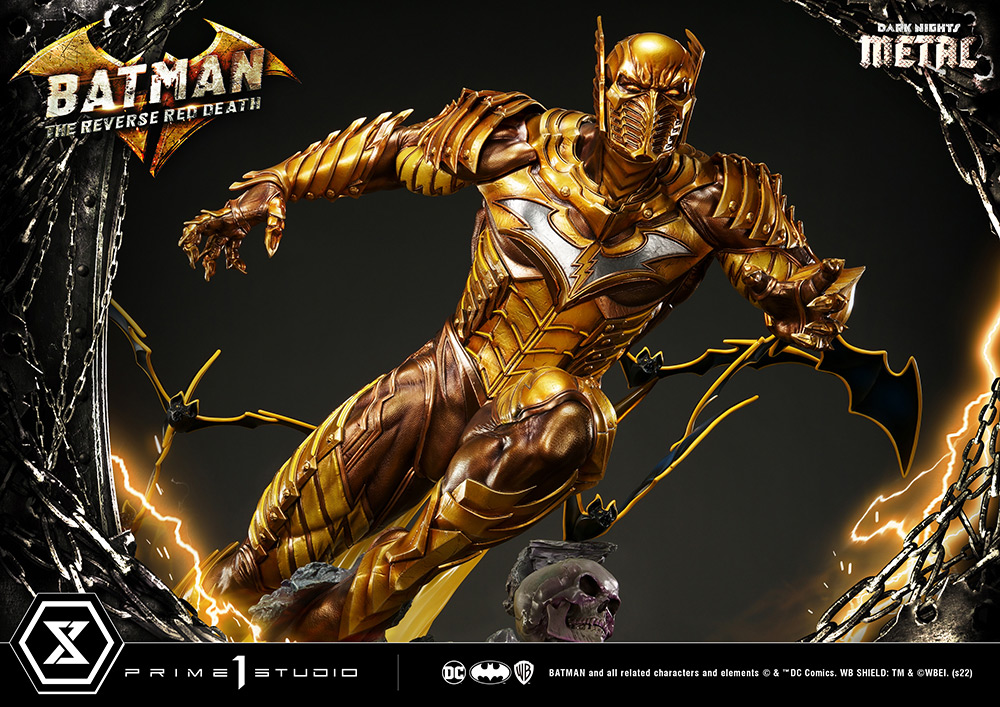 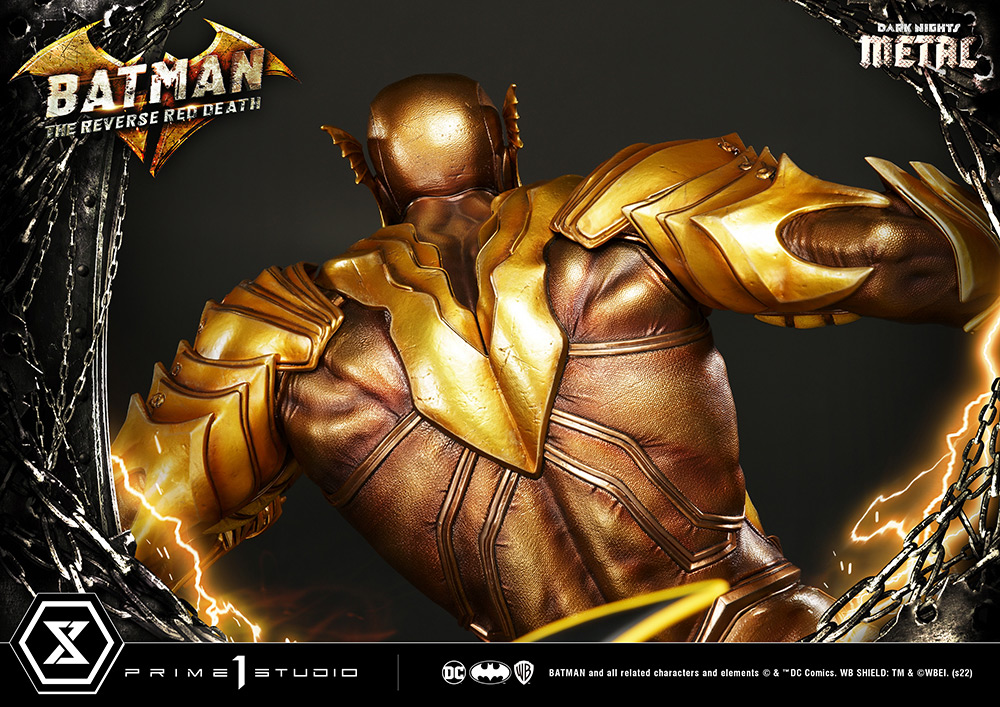 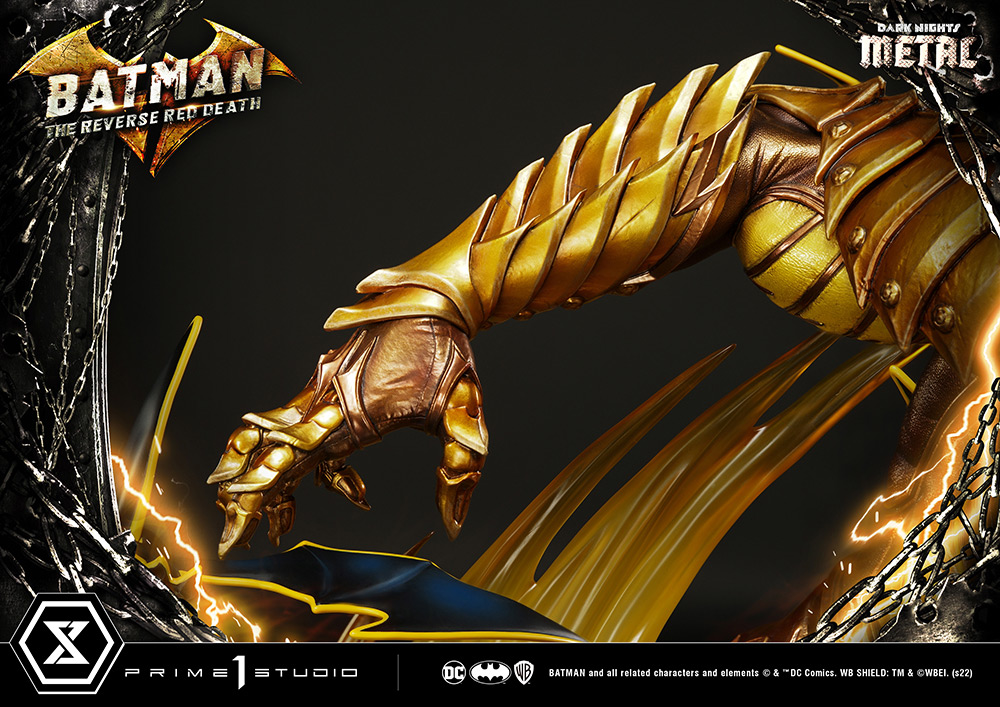 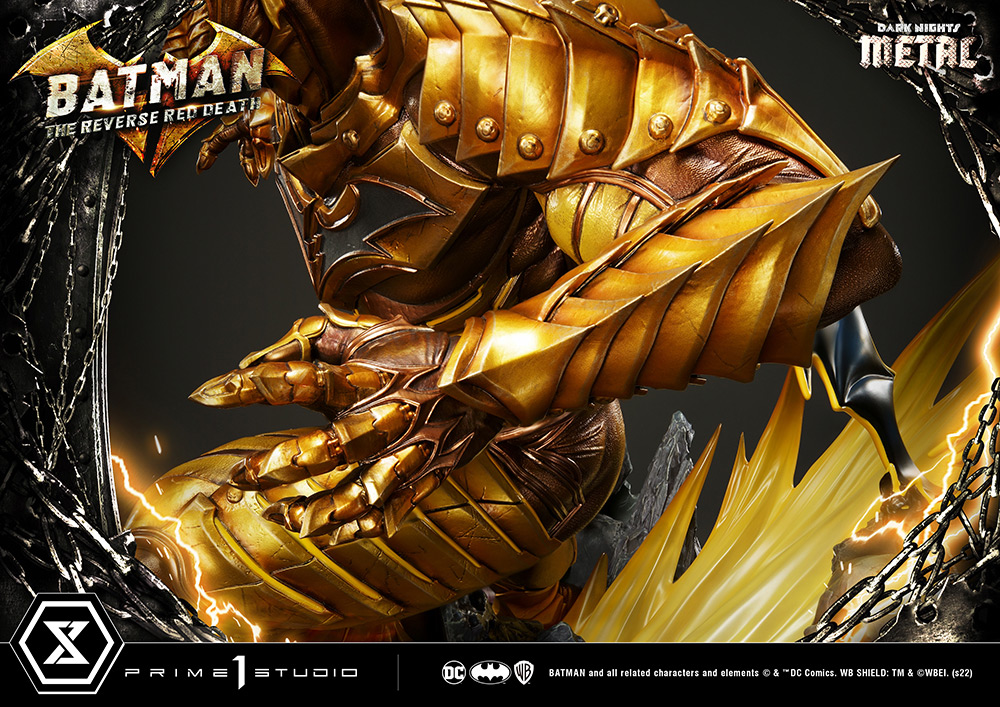 When the Batman of Earth -52 lost all his Robins to the crimes he felt too slow to prevent, he decided that the solution was to steal the Speed Force from his world’s Flash and take it unto himself. After murdering all of The Flash’s Rogue’s Gallery, Batman subdued The Flash himself and drove them both into the Speed Force. What came out was an unholy fusion of Barry Allen’s tortured psyche and Bruce Wayne’s demented version of Justice. He would become judge, jury, and executioner in the blink of an eye: The Red Death!

However, with the intervention of Barry Allen of Earth Prime, The Red Death is bathed with the positive energy of a whole universe and transforms into a hero: The Reverse Red Death!

Prime 1 Studio presents The Reverse Red Death on his own supercharged base, complete with skulls, exhaust pipes and fiery afterburners: all the trappings of an octane-fueled nightmare! This DC Comics statue is a must-have for Dark Nights: Metal and The Flash fans everywhere! 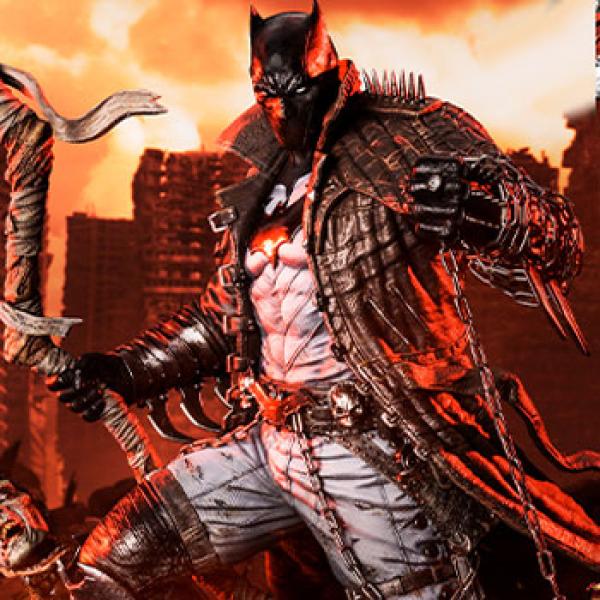 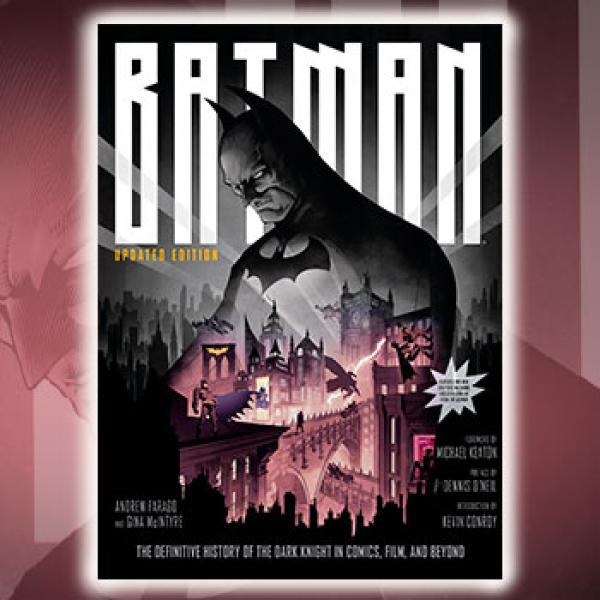 Batman: The Definitive History of the Dark Knight in Comics, Film, and Beyond (Updated Edition)
Book
$75 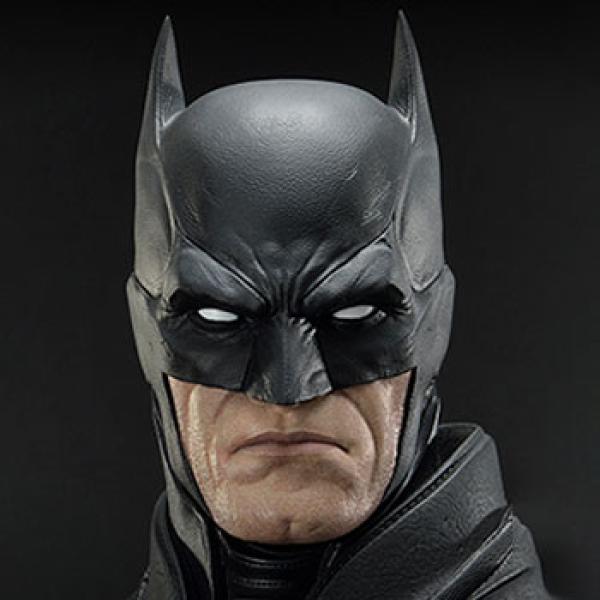